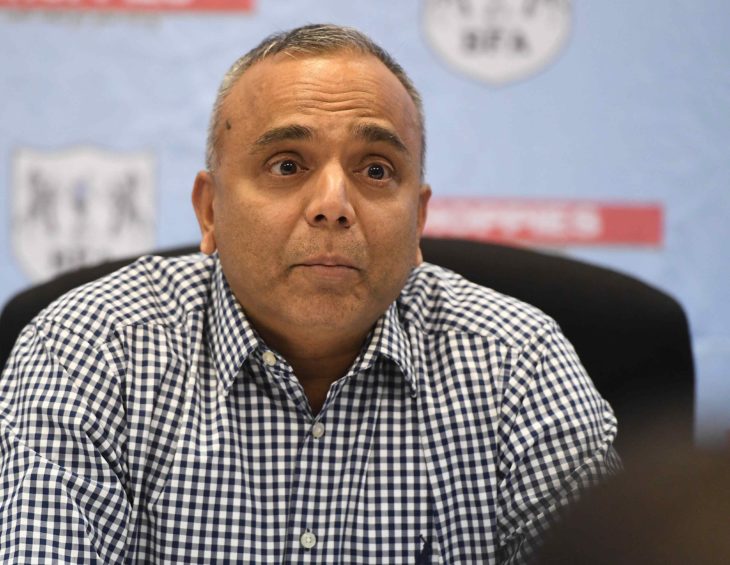 Pandora Papers: What is Ram ‘hiding’ in British Virgin Islands?

By definition, there is nothing wrong with owning an offshore company. However, it becomes rather fascinating when those who do deny it, especially when the entities in question are domiciled in places that attract certain types who present perturbations to the international finance system. As NTIBINYANE NTIBINYANE of INK Centre for Investigative Journalism reports, an international probe points at Ram of Choppies fame as one such person

When Choppies Chief Executive Officer Ramachandran Ottapathu sat down for an interview with Forbes magazine in 2016 to profess his undying love for Africa, he had already set in motion a plan to set up a shell company thousands of kilometres away from the continent.

Confidential documents obtained by the International Consortium of Investigative Journalists and shared with INK Centre for Investigative Journalism show that Ottapathu set up a shell company in the British Virgin Islands, a well-known tax haven. The documents shared with INK Centre include emails, passports, minutes and other vital company records.

Ottapathu, who is a one-time business partner of Botswana’s President Mokgweetsi Masisi’s denies any wrongdoing.

Shell companies are often established by the rich and powerful to evade tax, launder money and conceal names of real owners, among other questionable purposes.

A massive cache of documents known as Pandora Papers reveals how wealthy and powerful players in politics, business and the criminal underworld – working with lawyers and accountants – are using tax havens to hide their wealth from the taxman and public scrutiny. The remarkable cache is a collection of documents from 14 law firms and other financial services providers from several tax havens around the world. (Read About the Pandora Papers)

Ottapathu, a wealthy man whose fortune is estimated by Forbes magazine to be more than $300 million (P3.5 billion), is no exception. He has a 19.5% stake in Choppies valued at more than $60 million (P680 million).

According to documents, Ottapathu – or Ram, as he is more widely known – used a controversial fiduciary and corporate services company called Trident Trust (BVI) to register a shell company called Covering Concepts Global Limited in the British Virgin Islands. The company, according to the records, was incorporated on July 12, 2016.

Together with his Dubai-based business partners, Rajesh Nair and Jayaraj Padinjaredath Vasudevan, Ottapathu set up the company as “an investment vehicle” with the purpose of holding shares in other companies. A similar company run by Nair and Vasudevan was incorporated in Dubai in 2014 under the name Covering Concepts Furniture Trading LLC.

According to the share register of Covering Concepts Global Limited, Ottapathu is the majority shareholder with 25,500 shares (51%). Nair has 12,500 shares while Vasudevan holds another 12,500 shares. Nair and Vasudevan are the directors responsible for the day-to-day running of the company, according to minutes seen by INK Centre. The two directors hold Indian passports.

As is the case with shell companies, there is no indication that the company has any active business operations in the British Virgin Islands; not is it clear from the documents how much Ottapathu has invested in the company. However, according to Trident Trust information form, the funds induced into the company were derived from his “salary or personal earnings”. His partners also declared that their investment funds were sourced from their personal earnings.

While there may be no indication of any wrongdoing, Ottapathu’s investment in a tax haven raises eyebrows. The British Virgin Islands is considered by many as one of the murkiest and most secretive financial jurisdictions in the world. Although offshore companies are not illegal, they have become an escape route for the wealthy to hide cash, facilitate money laundering, as well as to conceal corruption.

Ottapathu has denied that he has an offshore company, saying only that he merely made a $250 000 capital investment in a Dubai-based company under the same name, Covering Concepts Global Limited. The company, he says, is owned by “two gentlemen” from his place in India. “It’s a temporary financial support for their business in Dubai,” he told INK Centre in an interview. “I am awaiting repayment of the loan and sign off my shares (sic).”

Ottapathu has denied knowledge of an offshore company under his name. He says his two business partners, Nair and Vasudevan, may have set up the company without his knowledge. However, records obtained by INK Centre as a part of the Pandora Papers tell a completely different story. His signature is all over documents of incorporation. (Download shareholders’ minutes here)

He attended or participated in a meeting of the company’s shareholders a week after the company was incorporated in the British Virgin Islands, according to minutes reviewed by INK Centre. During the meeting, Nair and Vasudevan were appointed directors and authorised “to open, operate and close bank accounts on behalf of the company in any bank within the territory of the United Arab Emirates and elsewhere…”. The minutes were signed by Ottapathu and his two business associates. In addition, Ottapathu’s Botswana passport was used to register the BVI company as well as a signed letter from Choppies confirming his residential address.

In a statement to INK Centre, the CEO and Director of Covering Concepts Furniture Trading, Jayaraj Padinjaredath Vasudevan, avoids addressing Ottapathu’s claim that he and Rajesh Nair may have registered the company without his knowledge but confirms that they registered the BVI business and Ottapathu’s shareholding.

He defends the decision to register a BVI company thus: “…we wanted to sign all our supplier’s exclusivity contracts through an external company. This is because in Dubai 51% of our company is owned by a UAE local and in case there is any issue of the local taking over our company, our agency agreements are safe (sic)”. Until June 2021, 100% foreign ownership of companies was forbidden.

According to Vasudevan, Ottapathu invested in the BVI company on the basis of an agreement that he would get 51% of the company. “We could not, obviously, give this in our Dubai company,” Vasudevan says in his statement. “So, we decided to part 51% of the share of our BVI company to him. He luckily agreed to this. So, we moved our papers and got this done. His investment is USD 250,000.” [See Vasudevan’s full response].

Vasudevan says they are now in the process of removing Ottapathu from the company and paying him back his money. According to him, they intend to liquidate the company in the next couple of months.

As for Trident Trust Company, Vasudevan says they do not have a direct connection with the company. “We gave the responsibility (or registering the BVI shell company) to a local company. (They) probably engaged Trident (Trust) to do the job,” he says. (Additional contribution by Goitseone Seven)