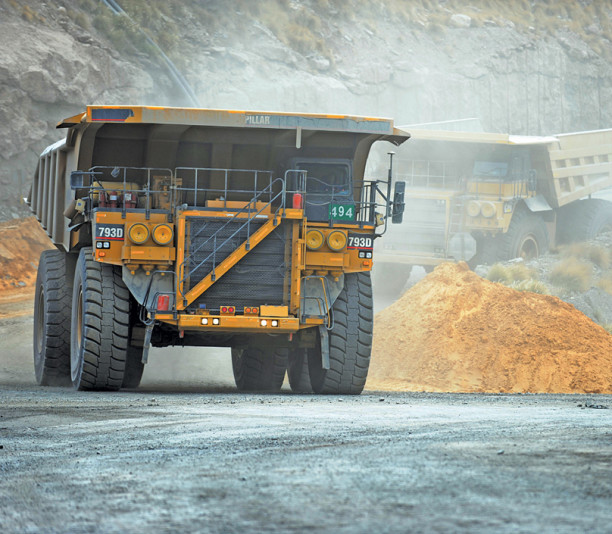 When the Australian mining company came to the three villages in the heart of Ngamiland, in the north west location of Botswana, it seemed at first like some kind of salvation from the heavens.

For years, residents of Botlhatlogo, Sehithwa and Toteng, were among the poorest in Botswana; in 2014, according to the government-run Statistics Botswana, found that 46.2% of the district’s residents lived in abject poverty. But the 2010 advent of a first ever copper mine in their midst raised hopes that perhaps things would turn out for the better. But that hope has all but fizzled out.

According to government statistics, Ngamiland, which is also home to the country’s tourism, is the poorest of the nine districts that make up Botswana. So, in order to keep the wolf at bay, they turned to their land, ploughing and rearing livestock to sustain their families. The land was their only ticket to a better living.

It was not smooth sailing, though. An epidemic of livestock diseases swept the area starting in the late 1990s, and the government ordered the culling of over three hundred thousand beef cattle and other infected cattle—further devastating the area. Making a living off the land seemed increasingly impossible. The government would later restock the region, only for Foot and Mouth Disease to make its presence felt years later and by then the farmers were left truly high and dry. Hope, however was never far from the minds of the residents that one day, some miracle would occur for them to fight their way out of poverty.

By 2010, when the first scouts arrived from Australian mining company Discovery Metals Limited (DML), offered great hope that the first ever copper mine in the region would turn the economic depression around.
Botswana is a country built by the mining industry and a prospect of a mine raises hopes for opportunities for the residents.

The Boseto villagers were hopeful that, just as the diamonds and other minerals transformed Botswana into an upper middle-income country, they too were in for a windfall.
A flurry of activities characterised the three villages whose first two letters make up BOSETO. The acronym was adopted by the company that came to dig for copper in their land.
After months of exploration, in June 2010, the DML was finally awarded a mining license by Botswana government to dig for copper in the North West District, also known as Ngamiland.

In 2012, President Ian Khama hailed the project as the best thing that ever happened to residents of Toteng village, home to the company’s first mine. “The company’s envisaged improvements in infrastructure, including roads and schools as well as better health facilities as time progresses will be a great relief to the government in the midst of limited financial resources,” he proclaimed at the opening of the mine. For thousands of people in the area, particularly in the three villages, the copper mine represented the weapon they would use to take the battle to poverty and toss it out of the window by the scruff of its neck. With this, residents started walking with their heads held high and a spring in their step, obviously optimistic of a better tomorrow.

The fact that the mine had a 15-year lifespan really gave hope to the district. Of the three villages, Toteng, which was closest to the mining area, was mostly affected by the development. With a faraway look of bitter nostalgia, Toteng village headman, Kenatje Kandapaera takes up the story of hopelessness that has revisited his subjects. “The DML officials informed us that they had discovered copper in our region and that all they wanted was land.Together with the local land board office, we spent days convincing farm owners to give their land to the mine for construction to start. It wasn’t an easy exercise. They (farmer owners) were not willing to give up their land. But in the long run, we prevailed upon the residents that the mine would indeed unshackle them from the grip of poverty,” he says.

Under these difficult conditions, chief Kandapaera says that the village leadership eventually facilitated the acquisition of land to make way for the construction of the mine.
Kandapaera says the village civic leaders also encouraged residents to give up their land.
Apparently, from the onset, hopes started getting shattered when the Australian mining company failed to live up to its promises of a better life for residents of the poverty-stricken district.
Botswana’s economy was transformed ‘overnight’ by the discovery of the diamonds and other minerals in the 1970s’.

Throughout the intense negotiations between the affected farm owners and the DML, the company put before them a list of promises. The mine promised to build a school in the area, to offer jobs first to the locals, build houses for the destitute and also help bring much needed health facilities to the area. The DML mine officials further enticed the villagers with prospects of business opportunities. According to former chairperson of Toteng Village Development Committee (VDC) Asaria Chitunga, residents were told to take advantage of the construction of the mine and build houses that would be rented out to the mine employees.
According to Chitunga as a result many people in the village invested a lot in property development.

The land is gone, we remain in poverty

In 2011 the DML mine began operating in the area. Issues of compensation remained, but they could not stop the commissioning of the mine, the village leadership says.

Things took a dramatic turn later when it became clear that some of the promises were not going to be fulfilled.
The village leadership says that they engaged the mine on the promises, but nothing came out of the engagement.
The best thing that came out of the mine was renting houses in the village for only a few lowly paid miners. Some villagers rented their houses for a paltry P450 (US$45) a month. For a poor village like Toteng this was more than enough. “The money was little, but we were able to make ends meet. We bought food for our kids and lived relatively well,” says Chitunga.

Since the mine abruptly closed, Kandu Kandu, Sehithwa village chief, cannot look his subjects in the eye.
This because apart from a huge marquee tent DML donated so that it could be hired out during social gathering by the VDC, the copper mine failed to fulfill all other promises. A rueful Kandu recalls that occasionally the mine donated blankets, mattresses and food hampers for the needy. “At the time of the mine closure we were expecting more donations from the company,” he says.
Asked how many local residents the mine employed, Kandu says he is aware of two residents. The number could be more but insignificant, he says. The rest of the more than 400 workforce he says came from other places in the country, he says.

“They had initially promised more job opportunities but few were employed by the mine. At the time of the closure we were expecting them to hire more locals,” he says.
The closure of the mine was never communicated to the villagers, hence the bitterness. Chitunga says that they were only told one day that the mine was closed. “…there was no prior warning. To this day no one has ever addressed us about the mine closure.

“We don’t know whether the closure is permanent or temporary. We are just clueless,” he says.
It all started in 2013 when the mine started experiencing financial troubles due to largely falling copper prices. The mine responded by retrenching staff. (See ‘Inside Discovery Metals’ troubled Botswana stay’ for more details)
“They made it clear to us that the mine was not doing well and that some of our promises would not be fulfilled.
“We remained hopeful that the mine would recover until the mine closed in February this year,” says chief Kandapaera.
The closure of the mine has left residents in limbo. The villagers keep asking their equally bemused village leadership questions.

“They ask us, ‘Where are the schools, jobs and the hospitals?’ We don’t have the answers.
“Every day we are appearing more like traitors. The land is gone. We continue to live in poverty and nothing has changed,” Kandapaera says.

“Promises made were never fulfilled. Expectations were high. Residents were promised jobs, businesspersons were lining up for major tenders, village development committees were promised resources and all sorts of things,” says Mbulawa. At DML, no one appears to be ready to talk about operations of the company in Botswana.
Their former country manager, Mokwena Morulane just shrugged his shoulders, saying he has nothing to say as he has since left the company.