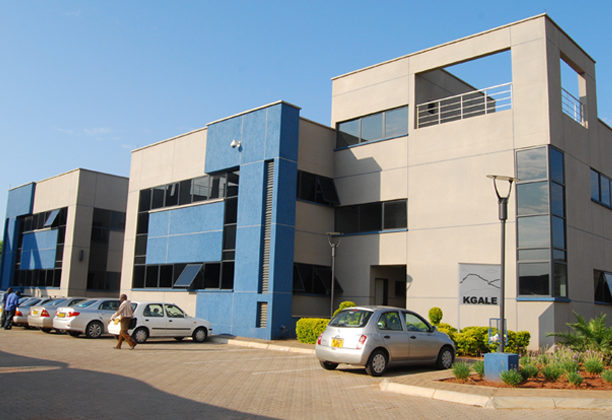 The Degrees are Fake, the Positions are Real

Botho University, a private college in Botswana specializing in business and information technology education, has dismissed two lecturers after they allegedly obtained fake doctoral degrees from a “degree mill” apparently based in the wilds of South Africa’s Northern Cape province.

The institution in question is the New World Mission Dunamis International University (NWMD), which variously claims to be based in Cape Town and the remote rural town of Groblershoop.

A two-month investigation by the Botswana Gazette newspaper and the Gaborone-based INK Centre for Investigative Journalism has shown that NWMD has no ascertainable address.
The PhD degrees, claimed by Botho business science lecturers Stanely Thuku Waithaka and Busisiwe Ndlovu, had been recognised by the Botswana Qualifications Authority.

“We immediately took the necessary action and have terminated their contracts of employment with the university,” announced Botho pro-vice chancellor Lucky Moahi last week apparently following unspecified tip off.
At the same time the INK/Botswana Gazette investigation has raised major questions about the doctoral degree claimed by Andrew Anyona, a senior Kenyan-born lecturer at the Botswana Accountancy College, a government-sponsored accounting and business studies institution.

On its website NWMD claims to be an on-line university based in Cape Town, but offers no address.
Elsewhere, it claims to be based at the President Promotion Office in Groblershoop, a tiny settlement in the wilds of the Northern Cape, which according to the most recent census had a population of about 5 000.
A further suspicious circumstance is that Ndlovu received two doctoral degrees in one year, 2012,
from the alleged learning institution.

In the US, the Michigan Civil Service Commission has said on its web page that NWMD’s degrees do not satisfy the educational requirements indicated for job specifications. Its qualifications have been branded “a complete fraud” by the South African department of higher education and training on their web address.
NWMD also claims to have premises in Putney in London’s SW15, but does not provide a full address. According to 2011 statistics, the SW15 postal district contains 25 000 households and has a population of 60 000.
Ndlovu, whose student number, according to a leaked file from Botho University was 29-140-245, enrolled for a PhD “majoring in leadership, business administration” in 2010 and graduated three years later from NWMD on June 2013. He also has an MBA from the vaguely named National University of Science and Technology. Ndlovu did not respond to media questions sent to him three weeks ago.

Another leaked record seen by this publication show that Waithaka “enrolled” for a PhD at about the same time as Ndlovu, and graduated with two PhDs in business studies and business administration in 2012. It takes an average of between three and five years to complete a PhD at a conventional university.
A University of Botswana lecturer with a D Phil from Oxford, who asked not to be named, said work towards a single doctorate requires huge amount of time and research. “You can’t just passively walk through a PhD to get credentials at the end,” he said.
The fact that Botho employed the two lecturers for four years has raised questions about its recruitment and verification processes.

The institution’s head of “employability and development”, Preya Iyer, said the university relies on Securitas and InfoTrack to screen the qualifications of its academic staff members. Botho said said the two lecturers are still employed by the university but are serving out notice periods.

The Botswana Qualifications Authority (BQA) monitors and audits all accredited institutions to ensure “continued compliance” in accordance with the law. This is done through scheduled and unscheduled audits.
However, the authority has never revoked the licence of a major institution on grounds that it employs lecturers with counterfeit degrees. Lecturers who were previously exposed by the media have kept their jobs.
Meanwhile, INK and the Botswana Gazette have established that Anyona, a lecturer at the Botswana Accountancy College, acquired a PhD in 2010 from an outfit calling itself the Northern Ireland Institute of Business and Technology (British) – NIIBT.
On the internet, the NIIBT gives its address as Premier Business, 20 Adelaide Street, Belfast, Northern Ireland. However, a Google Earth search of this address goes to a lottery centre.

In an online posting, Richard Harriman of Botswana’s Consumer Watchdog says that the NIIBT does not appear on the company registers of either Britain of the Republic of Ireland.Its Malaysian addresses, he says, are “no more than post boxes”. Harriman that Irish companies register records the existence of the Royal Ireland Institute of Business and Technology, but that this was dissolved in 2012.The Botswana Gazette asked Anyona to supply a copy of his doctoral thesis. He responded that he was not obliged to make the thesis public.

Asked about Anyona’s qualifications, BAC spokesperson Mpho Mokgosi said: “We are constrained in discussing employee personal information … and trust that he is best placed to respond to questions of personal nature.”
Mokgosi said the BAC followed a rigorous and transparent recruitment process when it employed the Kenyan in 2012, and that BAC lecturers are accredited by the Botswana Qualifications Authority and “partner universities” in the UK.
“Our partner universities also subscribe to international higher learning bodies which accredits all lecturer qualifications attained internationally,” he said.

A ground-breaking investigation by The New York Times into fake degrees recently showed that some accreditation institutions are operated by the same people who run degree mills. According to the the UK’s education department, as many as 200 institutions offer bogus degrees in Britain.

INK and the Botswana Gazette could find no evidence that NIIBT has a campus in The Gambia, as claimed on its website, or that it is accredited by major institutions. It did not respond to media questions sent a month ago.
NIIBT makes a point of providing testimonials on its website. In one of these Anyona comments: “My workplace status (at BAC) has changed with added responsibility and respect from my colleagues.

“I can now face the future business consultancy … with the prestigious award of a NIIBT British PhD degree in business management.”

In other countries, there are consequences for misrepresenting one’s academic qualifications. In 2007 a British court jailed Gene Morrison, a fake police criminologist who claimed to have degree certificates from Rochville University, among other institutions.