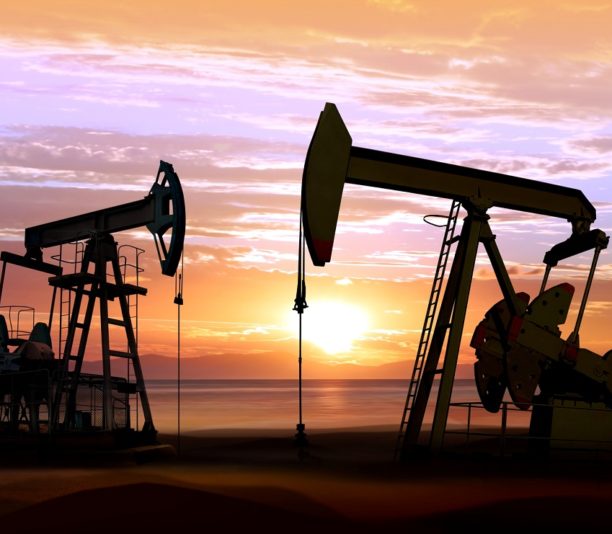 An energy company previously accused of hydraulic fracking in Botswana’s central district by minority rights groups and enviromentalists appears in the Panama Papers’“list of shame”, INK Centre for Investigative Journalism and its partner Botswana Gazette has established.

An energy company previously accused of hydraulic fracking in Botswana’s central district by minority rights groups and enviromentalists appears in the Panama Papers’“list of shame”, INK Centre for Investigative Journalism and its partner Botswana Gazette has established.

Kalahari Energy Limited, together with more than 20 other companies was accused of fracking in “The High Cost of Cheap Gas”, a documentary by British based filmmaker Jeffrey Barbee in 2013. The film which, uncovered incidents of fracking in the CKGR, the second largest wildlife reserve in the world, was funded by Open Society Initiative of South Africa.

According to documents released by International Consortium of Investigative Journalists (ICIJ) detailing dealings of a Panama based law firm Mossack Fonseca, more than 100 Batswana and companies domiciled in the country appear as shareholders or directors in off-shore entities registered in secrecy jurisdiction and tax havens. The most prominent names include Judge Ian Stuart Kirby, President Ian Khama’s close associate and the President of the Court of Appeal, Botswana’s highest court and Farouk Ismail, a multimillionaire who founded multinational stores Choppies.

Detailed documents, including the company’s minutes and share registers seen by INK Centre for Investigative Journalism, show the company’s heavy reliance on tax havens and fiduciary agents that have been accused of assisting discredited individuals and companies hide funds in tax havens. Mossack Fonseca according to email exchanges handled Kalahari Energy’s accounts and registrations in Panama and British Virgin Islands. The documents show that though registered in British Virgin Islands, the company’s secretaries and accountants, Cannon Asset Management Limited, is registered in Guernsey another island that has been declared a tax haven.

As of July 26, 2015, twenty-three (23) persons using Botswana passports and companies had invested in Kalahari Energy, according to the documents seen by this newspaper. The most prominent company that had invested the company includes Pula Capital a company owned by Kagiso Thomas Mmusi and Louisa Lodovica Mmusi. Kagiso Mmusi is the former deputy treasurer of Botswana Democratic Party and the son of the late Botswana vice president Peter Mmusi. Mmusi has refused to answer question on whether as a shareholder he was aware of the dealings between Kalahari Energy and Mossack Fonseca.

Efforts to reach Kalahari Energy executives have been difficult in that the company has neither an online presence nor a physical address in Gaborone. It is also not clear from the registrar of companies office whether the company is still in operation. According to a Scotland based investigative journalism news outlet Theferret the company took a knock after the release of the film “The high Cost of Cheap Gas” in 2013. According to the Theferret there is evidence however to suggest, “assets developed by Kalahari Energy may now be operated by a firm trading as KS Energy.” In fact some faces that were behind Kalahari Energy are now running according to information retrieved from Botswana’s registrar of companies, and KS Energy’s website.

KS Energy general manager Same Makuku said that while KS Energy and Kalahari Energy were at one point part of the same group they have since ceased to exist as sister companies in June 2014. She denied that there are shareholding commonalities between the two companies. Makuku referred inquiries to Mokwaledi Ntsimanyana, Kalahari Energy shareholder and senior executive. Efforts to reach Ntsimanyana have been unsuccessful. However in 2013 Kalahari Energy admitted to fracking activities but denied that this was harmful to the environment. Ntsimanyana then told local media during tour of the drilling sites that media by international media on fracking in Botswana were malicious and only served to tarnish the company’s image.

Despite the mystery surrounding the existence of Kalahari Energy, in one of the most recent documents, dated June 19, 2015, one of the company executives stipulated, in a Mossack Fonseca’s “Source of Funds/Wealth Declaration Form ”, that the funds the company entrusted to the law firm were savings from “gas explorations in the Kalahari.” The amount was not specified.

In 2013, the OSISA funded the production of a 55-minute documentary film and photo exhibition, which exposed for the first time incidents of fracking in around 121 areas in Botswana.

The film exposed that the Government of Botswana had secretively given prospecting licences to the companies without consulting the residents of the affected areas, something they had previously denied. According to the film, South Africa’s SASOL, Australian-based Tamboran Resources, Anglo American, Tlou Energy, Kalahari Energy, Exxaro and many more were drilling for Coal Bed Methane (CBM) without any public debate about the industry, particularly the serious threats these large scale developments pose to the environment and communities. A week after the story broke the Botswana government admitted that fracking had taken place and that 121 concessions had been granted over large areas of land.

According to the Film, the process of natural gas development requires large amounts of water, mixed with a secret combination of chemicals, injected into the wells.  The Film raised the following questions, “Since the proposed areas for development are predominately deserts, there is an obvious concern about where the billions of litres of water are supposed to come from. In addition, the real possibility of large scale pollution of the few precious clean water resources is a major cost of this development.”

In an Interview with TheFerret Barbee, the filmmaker behind the groundbreaking film, there is no doubt that Kalahari Energy and other exploration companies were involved in fracking. “At the time they were pumping out water from coal bed methane seams they had hydraulically fracked to test for thermogenic methane gas and told us that they had good gas returns, both at that site and in the south. Once we released the film at the end of 2013, outlining how drilling companies had not been required to file Environmental Management Plans before drilling or follow other basic environmental protocols in Botswana, the government denied anyone had been hydraulically fracking in the country.”

When allegations of fracking first came to the fore minority right group condemned the practice. Keikabile Mogodu, the executive director of the Khwedom Council, a non-governmental organisation advocating for the rights of the San (or Basarwa) people some living within the Central Kalahari Game Reserve said the practice was unwelcome, as they were not consulted when companies were given prospecting licenses by government. This week the minister of Minerals, Water and Energy Resources Kitso Mokaila could not be drawn into discussing controversy surrounding allegations of fracking in the CKGR by government licensed exploration companies. He however maintained that the government does not support fracking and has never supported the exploration method.

According to studies by international financial intelligence organ, Global Financial Integrity, Botswana has lost an average of P8.5 billion ($856 million) annually, between 2003 and 2012, in illicit financial flows. There was a marked spike in the ‘recession years’ 2007, 2008 and 2009 of these outflows. The outflows are characterised by tax evasion, trade misinvoicing in goods transactions, transfer mispricing in services and hot money flows to jurisdictions with higher interest rates or expected changes in interest rates. This is happening in the context of Africa, as a continent, losing over $60 billion annually from illicit financial activity.

Offshore tax havens spread by new computing and telecommunications, provide an unprecedented tax shelter, enabling rich citizens and corporations to escape the national tax system. Wealthy tax evaders save millions, while public services and infrastructure in their home countries, as well as on the small island havens, remain drastically underfunded.

Questions thus naturally arise when businesspeople make use of entities in these jurisdictions to compose their corporate structure. Why would a company called Kalahari Energy, exploring for gas in Botswana, need to be registered in a tax haven thousands of kilometres away where the true shareholding is hidden by secrecy laws? Surely investors in Kalahari Energy have nothing to hide.

A DEFINITION OF FRACKING

The Geological Society of America describes Hydraulic fracturing (also known colloquially as “fracing,” or “fracking,”) as a technique used to stimulate production of oil and gas after a well has been drilled. It consists of injecting a mixture of water, sand, and chemical additives through a well drilled into an oil- or gas-bearing rock formation, under high but controlled pressure. The process is designed to create small cracks within the formation, and propagate those fractures to a desired distance from the well bore by controlling the rate, pressure, and timing of fluid injection. Engineers use pressure and fluid characteristics to restrict those fractures to the target reservoir rock, typically limited to a distance of a few hundred feet from the well. Proppant (sand or sometimes other inert material such as ceramic beads) is carried into the newly formed fractures to keep them open after the pressure is released and allow fluids (generally hydrocarbons) that were trapped in the rock to flow through the fractures more efficiently. Some of the water/chemical/proppant fracturing fluids remain in the subsurface. Some of this fluid mixture called flowback water“ returns to the surface, often along with oil, natural gas, and water that was already naturally present in the producing formation. This natural formation water is known as produced water and much of it is highly saline. The hydrocarbons are separated from the returned fluid at the surface, and the flowback and produced water is collected in tanks or lined pits. Handling and disposal of returned fluids has historically been part of all oil and gas drilling operations, and is not exclusive to wells that have been hydraulically fractured. Similarly, proper well construction is an essential component of all well-completion operations, not only wells that involve hydraulic fracturing. Well completion and construction, along with fluid disposal, are inherent to oil and gas development, and are specifically addressed in this paper because of concern about them and their relationship to hydraulic fracturing.