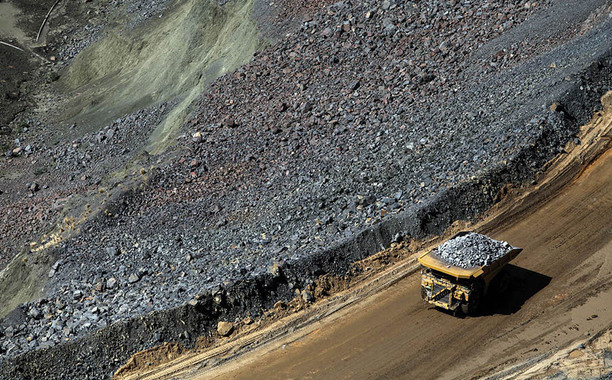 The lifeblood of Botswana is diamonds but experts say its mines will be exhausted in the next 20 years. (Chris Ratcliffe, Bloomberg)

The Pula Fund was established to cushion the country once its revenue from diamonds dries up. But critics say it’s more of an emergency slush fund, write Joel Konopo, Ntibinyane Ntibinyane, Keabetswe Newel and Olebile Letlole.

Diamonds are not forever. That fact motivated the Botswana government in 1994 to do something politicians rarely do: provide for a future after their own time in office.

The Pula Fund, a long-term investment portfolio, was created to preserve “part of the income from diamond exports for future generations”, according to the website of the central bank, the Bank of Botswana. The fund’s other mandate is to stabilise foreign reserves: “Foreign exchange reserves that are in excess of what is expected to be needed in the medium term are transferred to the Pula Fund.”

A 2016 budget strategy paper of the finance ministry reveals that the fund started off with an initial saving of about 40% of forex and tax earnings from diamond sales, invested annually. The government owns two-thirds of the fund and the bank owns the rest.

Bank financial statistics released in November last year show that, 20 years after its creation and with another 20 years to go before Botswana’s diamond reserves are likely to run out, the fund’s value is P61-billion.
This points to sluggish growth, given bullish gem prices over the past two decades. With diamonds accounting for 80% of the country’s forex earnings and 39% of public revenue, the fund is not large enough to keep the economy ticking over beyond the end of the decade.

One reason for its less than stellar performance is that the bank and the finance ministry have drawn on the fund repeatedly.
The bank’s financial statements show there were drawdowns in 2002, 2003, 2005, 2008, 2012 and last year. Many appear to have been opportunistic and short term. In some cases, no reason is given for them.
Reasons given by the bank’s governor, Linah Mohohlo, and in the budget speeches, strategy papers and mid-term reviews include financing the pensions of public servants, covering a budget deficit, boosting liquidity reserves and avoiding unpopular decisions such as increasing taxes, doing away with free education and freezing public servants’ wages.

The fund is managed by a secretive committee, headed by Mohohlo.

The Bank of Botswana Act does not specify who the other members should be, but a bank insider said they include its deputy governor Oduetse Motshidisi, University of Botswana labour economist Happy Siphambe, and a representative of the ministry of finance. An emeritus professor of African economics at Oxford University, Paul Collier, is also understood to be a member.
According to the bank, its financial markets department manages 50% of the fund, and nine foreign fund managers take care of the other 50%.
In its August 2013 Resource Governance Report, the Columbia Center on Sustainable Investment criticised the Pula Fund for low governance standards and gaps in regulation, comparing it unfavourably with other sovereign wealth funds such as those of Qatar and Norway.

In a formal ranking contained in the report, the centre also rates the fund well below lacklustre performers such as Libyan and Chinese funds. In contrast with successful funds, the Pula Fund has not increased in real value since 2008, according to Bank of Botswana figures. Its value is equal to Botswana’s annual budget, despite a more or less steady increase in diamond revenues over the past two decades.

In 2008, the fund subscribed to the Santiago Principles, voluntary guidelines that enshrine the best practices of sovereign wealth funds to promote openness and financial accountability. But it appears not to have been able to live up to many of these principles. Critically, it lacks clear rules for oversight and transparency regarding policy, funding and withdrawals. Both the Columbia University centre and the Santiago Principles have found the fund to be fraught with “unclear, confused and overlapping” objectives, which “keep changing over time”. The Pula Fund was established to help keep Botswana running after its diamond mines dry up. (Chris Ratcliffe, Bloomberg)

The Bank of Botswana is known for keeping its work out of the public view. An example is its monetary policy committee, which is sworn to secrecy and whose composition and decisions are closely guarded secrets, unlike those of South Africa’s.

Similarly, the Pula Fund’s approach to withdrawals and general spending is known by few, even at the bank. The increased transparency called for in the Santiago Principles is not spelt out in legislation, a charter or other constitutive documents, and it is unclear who makes the final call on how often, and how heavily, the government may dip into the fund.
The only rules regulating withdrawals is that the government cannot withdraw more than its share of the fund, reflected in the government investment account, to finance the budget, and that the fund cannot be used in any quasi-fiscal or off-budget operations to finance investment.

The Act is similarly vague. It does not explicitly set out funding procedures, except that the governor may make a recommendation to the finance minister for a drawdown.
Other sovereign wealth funds operate in a far stricter and more transparent manner. In Russia, withdrawals are approved by federal budget laws; in Singapore, the constitution determines how much the government can spend of investment returns on its reserves.

The bank’s governor, who is also the chairperson of the bank’s board, has a significant amount of power over the fund. The board decides on policy and the power of implementation is vested in the chairperson, but there are no clear oversight and accountability measures.

By contrast, the Australian Board of Guardians of the Future Fund is bound by legislation to pursue investment in good faith, and is held accountable for it, with civil and criminal penalties for violations.
Roman Grynberg, an economics lecturer at the University of Namibia, likens the Pula Fund to a slush fund. He said Qatar and Norway succeeded in avoiding unsustainable investments in infrastructure, unlike many other countries with abundant natural resources. “You can’t touch the Qatar or Norwegian funds,” he said.
Decades of geological surveying confirm that Botswana’s diamonds are becoming more scarce, and some people predict that Botswana will run out of them in just over 20 years.

The immediate reaction of policy­makers will be to increase taxes. VAT is currently 12%, lower by 2% than that of South Africa. Income tax is also much lower than in South Africa.
Higher taxes will not only lower living standards, but also in the longer term weaken Botswana’s reputation as a magnet for investors and its generous health and education systems.

Fund ‘is accounted for on bank balance sheet’
Defending the Pula Fund’s lacklustre performance, the Bank of Botswana said it avoids investing in risky assets but targets advanced markets with minimal sovereign rating and bank credit risk.
Spokesperson Andrew Sesinyi said the fund is not a pure sovereign wealth fund, but “functions more or less along the lines” of one.

“The Pula Fund differs from a sovereign wealth fund in one primary respect: it is accounted for on the balance sheet of the Bank of Botswana,” Sesinyi explained.
Its primary objective is to ensure that national savings support economic development.
The finance minister made withdrawals from the fund after consulting the governor in line with the Bank of Botswana Act, he said.

“The rule is that the liquidity portfolio is set at six months of import cover and withdrawals are triggered by the size of the portfolio.”

Sesinyi said the fund’s holdings are diversified across bonds, stocks, hedge funds and equities. But it is exposed to fluctuations in the exchange rate, interest rates, inflation, credit and financial risk.
He downplayed suggestions that it is overexposed to risk, saying market risk affects all investors.
Only a portion of the fund is managed by the bank’s financial markets department. – Keabetswe Newel & Olebile Letlole