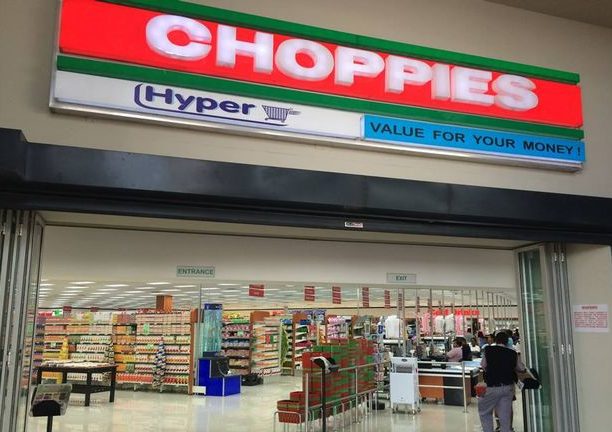 Problem Masau*
Zimbabwean consumers are boycotting to buy groceries in giant retail supermarkets, Choppies in protest of Vice President Phekezela Mphoko’s continued stay in a leafy hotel at the expense of the taxpayers. Choppies is a Botswana multinational grocery and general merchandise retailer headquartered in Gaborone.

Choppies is a listed company on the Botswana Stock Exchange, and is a constituent of the BSE Domestic Company Index with an approximate market capitalization of over P3 billion. The company is also listed on Johannesburg stock exchange.
In 2013, Choppies struck a deal for an undisclosed amount giving Mphoko 51% of Nanavac Investment, the Choppies holding company in Zimbabwe.
Mphoko, who is former ambassador to Botswana has been staying in Harare’s Sheraton Hotel since being appointed Vice President of Zimbabwe in 2014 in the process gobbling over US$300 000 (P3,3 million) of tax payer’s money. He has refused to stay in a US$3 million mansion (P330 million) built by the Zimbabwean government arguing it was substandard at a time when the government has failed to pay civil servants June salary. Prominent human rights activist Stan Zvorwadza, who is leading the campaign, said the call to boycott Choppies Supermarkets was meant to force Mphoko to leave the hotel.
“Consumers have many alternative and they cannot continue to support the businesses of heartless individuals like Mphoko. We have protested at the hotel and the police have harassed and beat us. The citizens have suffered enough and this is the only way to show our disgruntlements,” he said.
The #boycottchoppies has been trending on social media with many people supporting the move and the urban population which has constantly voted the opposition since 2000 is heeding the call.In an apparent panic mood Mphoko told journalists in Bulawayo, Zimbabwe’s second biggest city last Sunday that Choppies was still the ordinary people’s choice.
“We run Choppies, it is a people’s shop. Our low prices have forced every retailer to reduce theirs. They can’t overcharge because people would opt for Choppies. They want to tell lies and say I’m corrupt as a justification so that when they go and attack Choppies, they would have misled people,” he said.
He said there were people who were on a smear campaign to tarnish his image.”I know the people who are responsible. They know that I’m not corrupt. I have a very clean record throughout my life and that is the biggest problem they have. I don’t have any record of transgression. For them to carry out their plot they need to soil my name first but it won’t work,” he said.
Choppies Zimbabwe had in the past months hit headlines for the wrong reasons. An employee of the company, who spoke on condition anonymity, told Zimbabwean publication the Southern Eye early this year that they were working in fear.
“The problem which all workers at Choppies are facing is that we are living in fear after being threatened with retrenchments by the vice-president’s son who is the director of the company, if we ask for our overtime money,” said the worker.
He said they were forced to work overtime during the festive season and they expected to be paid.
The employee said they were surprised at the end of January to receive a message informing them that that no overtime was going to be paid for, but the hours would be converted to off days.
“After that the workers committee demanded to meet the management over the issue and this is when the director (Siqokoqela) indicated that he was not paying for overtime and anyone who wanted the money should approach him in person and get his or her money, and thereafter be retrenched,” the employee said.
* Masau is a Zimbabwean journalist currently studying at the University of the Witwatersrand. He ocassionally writes for INK Centre for Investigative Journalism