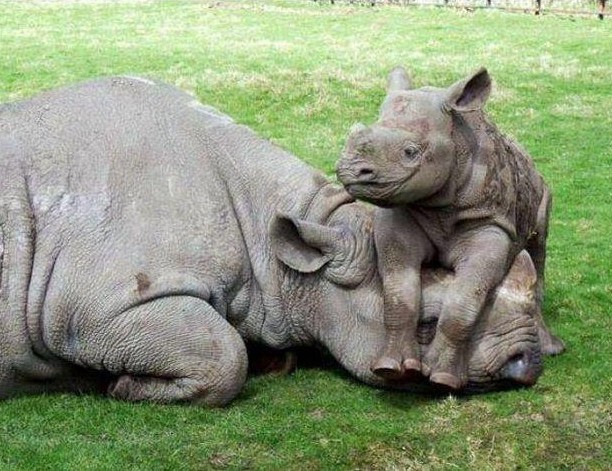 In the dark on Botswana-SA rhino move

Botswanan military aircraft flew in to SA to grab 20 rhinoceroses, but nobody seems to know why, says Joel Konopo.

Wilderness Safaris, a premium tourism outfit linked to President Ian Khama, was apparently favoured by the Botswana government in a cross-border relocation of rhinos that will have benefited the privately owned company.A spokesperson for the Botswana Defence Force (BDF) confirmed that Wilderness used a BDF Hercules 130 cargo aircraft to transfer 20 rhinos from Limpopo, South Africa, and the Malilangwe Trust, Zimbabwe, to the Moremi Game Reserve in Botswana at a cost of more than a million pula (R1.3-million) in May and June.

The Wilderness’s flagship facility in the Okavango Delta, Mombo camp, is in Moremi; the injection of rhinos could heighten its value for tourism.BDF spokesperson Colonel Tebo Dikole said the environment ministry paid for the relocation. The ministry is headed by Khama’s younger brother, Tsekedi Khama. The relocation has been described as part of a conservation exercise in the region.

But the use of military aircraft has raised eyebrows as the president has business connections with Linyanti Investments, a subsidiary of Wilderness Holdings. In a 15-year lease signed in January 2010 between Tawana Land Board and Linyanti Explorations, Khama has 200 000 shares in Linyanti Investments, the owner of the 1 300km2 Linyanti Concession. Khama has other connections with the company. His lawyer, Parks Tafa, chairs the Wilderness Holdings board; his nephew, Marcus Patrick Khama ter Haar, is an independent nonexecutive board member. Media reports in Botswana indicate that Khama is to bestow a presidential award for merit on Wilderness at the end of September. Khama is also a patron of Khama Rhino Sanctuary in his home village of Serowe in Botswana. Dikole reacted angrily to a question about whether the Khamas instructed the BDF to relocate the rhinos, saying it was “absurd” to suggest the relocation was a Khama family affair. The spokesperson for Botswana’s ministry of environment wildlife and tourism, Annah Bogatsu, said the rhinos were a donation to the government and the acquisition was facilitated by Rhino Conservation Botswana.

This explained the use of “specialised [state] equipment” to transport them, Bogatsu said, revealing that “transportation and associated charter costs amounted to approximately P1.2-million [over R1.5-million].”
But Wilderness Safari boss Grant Woodrow said his company paid for the transaction and the government merely helps with the rhinos’ upkeep at Moremi. “Since 2001 we have been working with the government on a conservation project,” Woodrow said, adding that the government engages the military to provide security for the rhinos; Wilderness Safaris monitors them.

Wilderness has run into flak from Bushmen and international pressure group Survival International for illegally occupying ancestral land in the Central Kalahari Game Reserve. Rhino Conservation Botswana trustee Kai Collins said the conservation organisation had raised “a lot of money” from donors to purchase the rhinos, which in terms of Botswana’s laws could not be owned by individuals or private organisations.

He said Johannesburg Securities Exchange-listed Wilderness Safari derived no benefit from the transaction. “We are just doing it for conservation,” he said, declining to reveal the cost of the 20 rhinos. Khama has vast tourism interests in Botswana, and he and the ruling Botswana Democratic Party have been accused of using public resources for personal purposes. In the run-up to the October poll, the BDF told the Botswana Guardian it cannot question Khama if military aircraft are used to transport members of his political party to rallies. Attempts to contact Khama’s office for comment had not succeeded by the time of going to press.