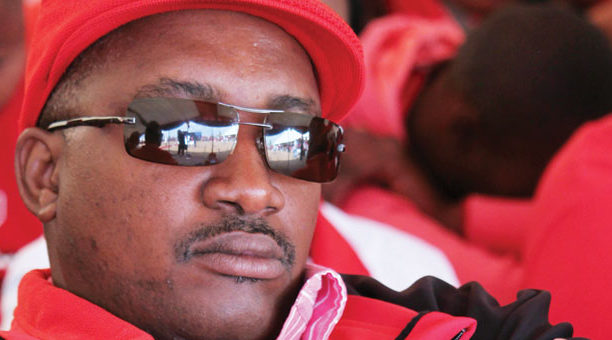 A top South African digital forensic detective says the private Facebook conversation between Botswana Democratic Party (BDP) politicians, Fidelis Molao and Kemmonye Amon appear to be legitimate. This is because Facebook Messenger is “built for privacy” and is not easy to access without consent from user.

Molao, who is Assistant Education Minister and Member of Parliament for Shashe West is alleged to have had a private conversation with Amon in which he appeared to encourage Amon, counselor his constituency, to conceal the pregnancy of a school girl or to make her abort. Both Molao and Amon have repeatedly denied having had the conversation, with Molao handing over his mobile phone to Broadhurst police last month for investigation.  Amon admitted to impregnating the school girl and apologised.

Brandon Buckton, a South African digital forensic analyst says while it is not easy to confirm the authenticity of a conversation using screenshot on a mobile device, the conversation appears to have taken place.

“From what I am able to establish, the screen-shots appear legitimate,” said Buckton in an interview with this publication after studying the screenshots. He said that digital forensic experts would be able to verify the authenticity of the conversation.

Molao however said he would not submit himself to a private investigation.“I am confident the police will do their job well,” he said, adding that he receives police updates. On Monday the Botswana Police released a fresh statement saying they had called a man for questioning. According to Police Spokesperson, Witness Boseja, he was only called for questioning and not “arrested” per se.

Molao claimed, following the publicity of the alleged leaked conversation, that his account was hacked by an “opposition member”who wanted to tarnish his name for political gain. He however refused to reveal the name of the politician.

A local security expert with knowledge of digital forensic security however said the Botswana Police do not have capacity and expertise to gain access into Molao’s mobile phone and will rely on outsiders. A suggestion rebuffed by Boseja who is adamant that they have the capacity to investigate any crime or any case “no matter how big in magnitude.”

“As the Botswana Police we can assure the public that we can investigate any case, whether it is pick pocketing of a wallet or cybercrime. We can investigate cybercrimes or any case dealing with new technology, the public should trust us,” she said. Asked if it was easy to hack into Facebook messenger, Buckton insisted that Facebook Messenger was “built for privacy” and not easy to access without consent from user.

“The screenshot itself is legit, but there are legal aspects involved before access the device. It might have been someone creating a conversation. People do stuff,” he said. Brandon Buckton has carried out high profile cases in South Africa and works with digital fibre and collects digital evidence for analysis.

One of the unintended results of the so called Sebina controversy, however, is the passionate public debate and activism against the sexual abuse of children. A Facebook group opened in support sex victims transformed itself into a real life human rights movement which over this past weekend embarked on a massive cross town peaceful match intended to pressurize the Botswana government to action against sexual predators who target children.

INK Centre for Investigative Journalism, a non-profit newsroom to develop investigative journalism in the public interest, collaborated with Botswana Gazette to produce this story. Visit www.inkjournalism.org for all our stories.