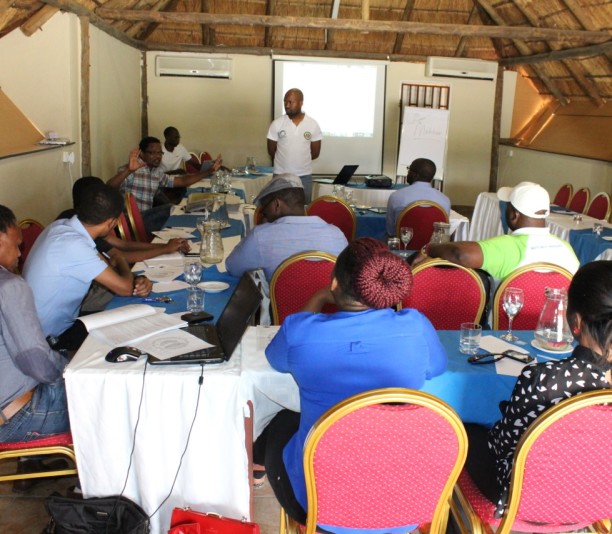 Why non-profit newsroom is the future of journalism

There is need for an independent press that has the economic strength to stand up to the blandishment of government, writes Joel Konopo

Former BTV director Chris Bishop was apt when he observed that investigative journalism is a bit like a sausage. If you like either of them, you should not look too closely at how they are made. Investigative journalism can be rough. The journey from pig carcass to sizzling frying pan, you really do not want to know about. But unlike making that lip-smacking sausage, preparing a high quality, high impact in-depth investigative story in the public interest can be daunting. It is expensive and requires great patience. The advent of social media has seen serious in-depth journalism diminishing as competition for audience engagement compels newsrooms to reward speed over the production of high quality and original content. This has decimated circulation and profit margins especially in print media, the ‘cradle’ of investigative journalism.

Yet the publics’ need for credible unvarnished news is ever growing. Experts say mass-market consumer interest in news media has been steadily eroding literally for decades, and that has not gone unnoticed by advertisers and investors. Advertising has declined by over 30 percent in some media houses over the past six months, compelling for-profit news media to reduce their commitment to serious journalism. And citizens’ ability to monitor those in power is obviously diminished. Lay offs, particularly in newsrooms, does not adequately convey what continues to be lost year in and year out while attrition in newsrooms has over the years been acceptable for the private media who prefer to keep their annual profit margins stable and investors bullish. Tellingly two newspapers, Monday Times and Global Post, have already folded, weighed down by financial constraints. Noticeably, the sheer quality of serious news stories has quite frankly diminished and has been replaced by nostalgic reminiscence of ‘the good old days’ by some veteran journalists. The trend is similar even in developed countries. US investigative journalism czar Professor Charles Lewis observes that in his country, investigative reporting, always time-consuming and expensive, has come to be regarded by some in management as “vainglorious indulgences: high risk, high maintenance, highly litigious impracticalities.” That rings true in our newsrooms. As a result media’s long-term economic future has become the subject of intense concern and speculation. But the need for a critical press – that has the economic strength to stand up to the blandishment of government officials, as Nelson Mandela would put it – is more important than before. Judging by recent developments, our situation is dreary.

The narrative that private media is hostile to the ruling party is prompting hardliners and ultra conservatives to rally behind those who believe that the private media should be punished. Our government is becoming more intolerant and secretive and our democracy exists only in name, but not in substance. Unlike blinkered Mokgweetsi Masisi, Mandela appreciated in February 1994 the value of opening his government to public scrutiny and encouraged the private media to have sufficient independence from vested interests to be bold and inquiring without fear or favour. Botswana of today has arguably one of the most litigious political oligarchy in the sub continent. President Ian Khama is seen as being wholeheartedly in favour of stern laws such as the DCEC and the Media Practitioners Act (MPA), that weaken investigative journalism by prohibiting journalists from divulging information. Currently, a simmering censorship row brought about by a full blown advertising ban by government in some private media considered hostile threatens the survival and independence of private media, and is likely to instill a culture of self-censorship. The BDP-led governments’ plan includes slashing government advertising in most private media houses perceived as anti-government. As a result, with diminishing advertising revenue, newspapers are struggling to establish and or maintain investigative units and some are actually cutting on budgets to carry out well resourced, sustained and in-depth stories.

So what does the future hold for serious journalism?

There is growing interest in non-profit investigative journalism to counter this kind of underdevelopment of in-depth journalism in newsrooms. As an alternative to over-reliance on government revenue, a donor-funded model should be able to support and impart basic investigative reporting skills to young reporters in newsrooms that have significant budgetary constraints and are struggling to maintain investigative journalism desks. There are several donor-funded models around the world that have had significant impact on newsrooms and communities they serve. The Centre for Investigative Reporting and Propublica are US’ most prolific and have been engaged by large media houses such as CNN and other major media houses to carry out cutting edge investigative stories. Philippines and Latvia also have smaller but high impact centres that have served the pubic interest. Non-profit newsrooms have also been embraced by African media houses. The Wole Sonyika Centre for Investigative Journalism ensures that Nigerian media upholds highest standards of investigative journalism. In South Africa, the M&G Centre for Investigative Journalism has developed a lot of SADC journalists, including seven interns from Botswana. The growing importance of a donor-funded model appears to be an attractive solution to most newsrooms in Botswana that have resource constraints to build up a competitive investigative unit. The reason why we need great investigative journalism now than ever before is because the people we are investigating have the same access to media platforms; they open facebook or twitter accounts – so they have the platform to blow their own trumpet; they are so powerful that they, at whim, wield advertising axe to silence critical media; they have the power of the state; of the police; of the courts to silence the private media. But most importantly, these people have eroded public confidence and trust in private news media because they have acquired newspapers in an attempt to dilute or break up media considered unsympathetic to government propaganda. Yes, it is true that anybody can do journalism – pluralism is the buzzword for a vibrant and independent press. However, the idea that everybody can do a really extensive laborious and painstaking journalism in the public interest is just not true.

For that reason, we need to consolidate our efforts to strengthen our investigative reporting and make the public understand the need for such expensive but rewarding field of journalism that promotes open, accountable and just democracy by exposing wrongdoing. Investigative News Kernel or simply INK, was established in February 2015 in Gaborone to promote democracy by developing investigative journalism in the public interest. The founders of INK – who have been journalists over the years – observed that most private media houses are underdeveloped in this field and are less of a match for those who would like to harm the public interest. As a donor funded centre, INK will offer its editorial services to select private media houses. The model is arguably the most attractive solution to the development of a truly outspoken, independent and serious journalism in Botswana.

Yes, maintaining investigative desks is expensive under the current environment headlined by an advertising ban and investors’ obsession with profit.
INK has established itself to offer three major areas of public interest:

•The Centre will have a small, high impact team of investigative journalists who have proven themselves in producing stories that help set the news agenda. This programme will develop best practice in our field by producing major investigative stories that are accurate, fair and ethically sound; exposing wrongdoing and holding power to account.

•However, publishing in-depth stories does not happen in a vacuum. There is need for aggressive media advocacy, combining efforts of both the Editors Forum, Press Council of Botswana, MISA and other like minded organisations that advocate for free press and the public’s right to know. The Centre will be highly proactive in complementing existing efforts and campaign for the rights of investigative journalists to access information.

•INK will also have a robust skills transfer programme, which will involve among other things, hosting interns and working journalists. The interns are expected to apply the knowledge they acquired and skills gathered from the centre thereby increasing the propensity and capacity of their newspapers to practice investigative journalism.

How sustainable is non-profit journalism?

Sustainability of a donor-funded model remains an interesting issue that needs to be explored deeply. Of course the general argument is that the future of donor funded NGOs is uncertain. That is true. NGOs are looking at ways to independently run their affairs. In many cases, the answer lies in establishing and maintaining multiple funding options. Cultivating multiple donor partners and establishing arrangements with media houses to provide content for a fee will go a long way in ensuring that donor funded centres continue to provide the much needed service to the community. In Botswana, several media houses are willing to partner with INK to ensure the sustainability of such a model.

* Konopo is Managing Partner at INK Centre for Investigative Journalism.