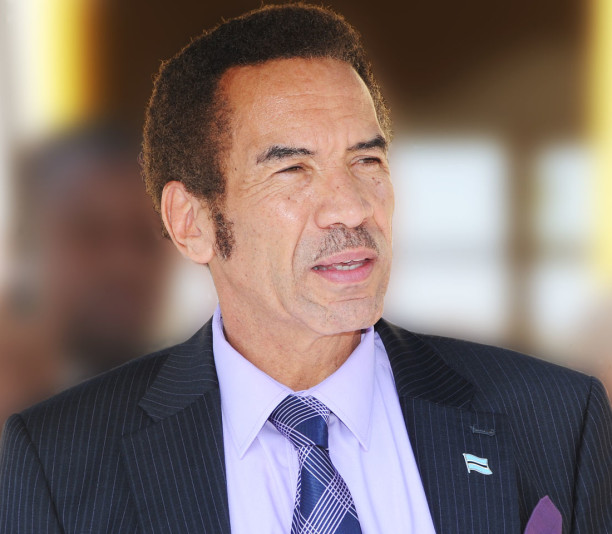 Botswana in the grip of bad

Africa’s model democracy is sliding into a monocracy that is punishing the media, argues Joel Konopo.

Known for its sparkling diamonds, peace and heart-stopping beauty, and often touted as a model of African democracy, Botswana rarely makes headlines. Yet the Southern African nation of 2.1-million people is sliding into a monocratic rule under President Ian Khama.

The recent arrest of journalists on vague charges not only violates the principle of freedom of expression but also risks worsening an already adversarial relationship between the government and the media.
In a worrying development, Botswana’s corruption watchdog, the Directorate on Corruption and Economic Crime (DCEC), is expected to lay charges against Botswana Gazette journalist Innocent Selatlhwa for violating section 44 of the Corruption and Economic Crime Act.

The Act prohibits anyone from divulging information in an ongoing DCEC investigation. In the run-up to the election last year, Sunday Standard editor Outsa Mokone was slapped with a sedition charge, causing a diplomatic row with the United States government and forcing journalist Edgar Tsimane to flee to South Africa, saying that he feared for his life.

Mokone and Tsimane had reported that Khama had been involved in an accident at night caused by speeding.
Another journalist, Daniel Kenosi, is on bail pending a charge under the little-used Cyber Crime Act. He put up various posts on his Facebook page, called Papparazi, that alleged that a minister was involved in a sex scandal.

These are not isolated incidents. The chairperson of the Botswana Editor’s Forum, Spencer Mogapi, comments that they coincide with Khama’s disdain for the private media, which he finds “shallow, boring … never contributing anything”, unpatriotic and partisan.

The president is seen as being wholeheartedly in favour of the government regulation of the media and of the Media Practitioners Act, which has drawn disdain from journalists, human rights activists and lawyers alike.
The Act compels all journalists to register and be accredited with a media council. It also creates an enormously powerful complaints committee with the authority to fine and deregister journalists who violate an ethical code that includes “fair competition”, “protection of privacy” and “unlawful publication of defamatory matters”.

The committee is appointed solely by the minister of presidential affairs and public administration – meaning that the government, through its appointees, can strip journalists of the right to practise their profession.
The legislation also gives the minister sweeping regulatory powers, including the right to make regulations on any matter “intended to safeguard the interests of the public and promote professional standards in the media”, and to regulate the registration and accreditation of foreign journalists.
It has been temporarily held in abeyance because the Law Society of Botswana, whose participation is required, has expressed its opposition to the law.

Private media should be punished

The thinking in the government, especially among some senior civil servants, including those of the DCEC, is that private media should be punished. When Khama announced to a gathering of business leaders in 2013 that the government would start using public funds to sponsor defamation lawsuits against the media by Cabinet ministers and senior public officers, Mogapi saw it as part of an elaborate plan to weaken the media.

The entire government then set out to do Khama’s bidding. Eric Molale, minister in the office of the president, is notorious for not responding to media questions. There are fears that if the government, with no shortage of funds, sponsors officials to sue media houses that do not have equivalent resources to defend themselves, journalists will be discouraged from criticising and questioning government decisions.

Media houses facing defamation suits end up paying hundreds of thousands of pula in legal fees – even if they win their cases. Also weakening media advocacy is the fact that publishers whose main concern in most cases is the bottom line head both the Editors’ Forum and the Press Council of Botswana – an obvious conflict.

The ruling Botswana Democratic Party (BDP) has also expressed hostility towards private media. The secretary general, Mpho Balopi, has said it is unfortunate that the state gives free education to people who become journalists and “peddle untruths” about the BDP and the government.The plan to weaken the media was put on the fast track when Khama took office in 2008 and senior civil servants appear to have taken the cue from the former army general.

In the run-up to the general election, in October last year, Vice-President Mokgweetsi Masisi warned that Gabz FM radio station and four newspapers – Mmegi, Botswana Guardian, The Midweek Sun and The Monitor – should not forget that they survive on government advertising. Weeks later, the government imposed an advertising ban on certain newspapers viewed as critical, instructing media officers and chief executives of parastatals to advertise only with approved publications.Of a total of 14 private newspapers, only two were approved for advertising. The result has been devastating, with the feisty little Botswana Gazette being worst affected.

Because of commercial pressures, newspapers also appear to self-censor, giving positive coverage to state officials and their actions. Some media houses have already started to suppress reports that run counter to the interests of the government or large commercial advertisers.
Weekly research conducted in April by the communications department in the office of the president found the percentage of “negative articles” published in the Botswana media fell from 38% to 31% between March and April this year.

The deputy chairperson of the Media Institute of Southern Africa in Botswana, Abraham Motsokono, expressed surprise that security agents and the DCEC raid newsrooms but are reluctant to press charges against newspapers. “It’s clear that they’re protecting individuals in high places,” he said. Mogapi put it more bluntly: “Whoever harasses the media has clear protection from government. They’re doing Khama’s bidding.”

Botswana’s journalists and human rights activists now operate in a persistent climate of fear. In the build-up to the elections, the homes of several journalists were broken into and only their laptops were stolen. When Mmegi’s website was hacked in January, its editor, Ntibinyane Ntibinyane, was quick to accuse agents of the directorate of security and intelligence, saying that the secret service was being used against critics of the government.

Ownership and control As in South Africa, ownership is becoming an instrument of official control. Certain well-connected BDP sympathisers have used their financial muscle to buy stakes in influential media houses. A case in point is the Mmegi Group, considered Botswana’s biggest: at least one of its directors is linked to powerful Botswana property mogul Sayid Jamali, who is considered sympathetic towards the BDP. Jamali’s Duma FM radio station is in partnership with former BDP chairperson Daniel Kwelagobe and former cabinet minister Patrick Masimolole. Observers believe the grand strategy is for him to take over the Mmegi newsroom. Jamali has denied having an interest in the Mmegi Group.

Section 12 of the Botswana Constitution guarantees freedom of expression, but enshrines no specific protections of the media. And although an opposition member of Parliament proposed the enactment of a law similar to South Africa’s Promotion of Access to Information Act, the country has no legislation that compels government transparency.
“There is no Freedom of Information Act to breathe life into Section 12. Everything is secret,” complained Media Institute of Southern Africa lawyer Tshiamo Rantao.

Journalists in Botswana have no way of challenging the unreasonable denial of information by government officials, who can claim that the information requested has suddenly disappeared. In contrast with South Africa, they cannot appeal against official obstructionism in the courts. After The Voice newspaper broke a story that Minister of Defence and Security Ramadeluka Seretse had won tenders issued by his own ministry, all documents relating to his company, RTF, “disappeared” from the registrar of companies.

It is almost impossible to gain access to documents on Seleka Springs, a defence procurement company owned by Khama’s brothers. Rantao is concerned that the government has resorted to using other laws that limit freedom of expression. The use of sedition, an offence embodied in Botswana’s penal code, is a sinister new departure: the charge against Mokone followed the Sunday Standard’s publication of the report that the presidential vehicle had been involved in an accident at night while Khama was driving through Gaborone alone.

For more than five years, Botswana has maintained a lofty position in the Ibrahim Index of African governments. But for Mokone and Selatlhwa, the favourable ratings have not translated into human rights gains. Other surveys paint a different picture. According to a survey by independent researcher Afrobarometer, conducted this year, at least eight out of 10 people in Botswana believe that corruption has increased under Khama’s leadership.

The research project and Freedom House downgraded Botswana from 44 to 41 points in 2015, saying that the charges against Mokone and his arrest made it increasingly clear that freedom of expression in the country is under attack.
Selatlhwa may be unfazed by his arrest, but fears for the media in Botswana. “It’s bad for some of us,” he says. “We won’t have bold journalists in future.”