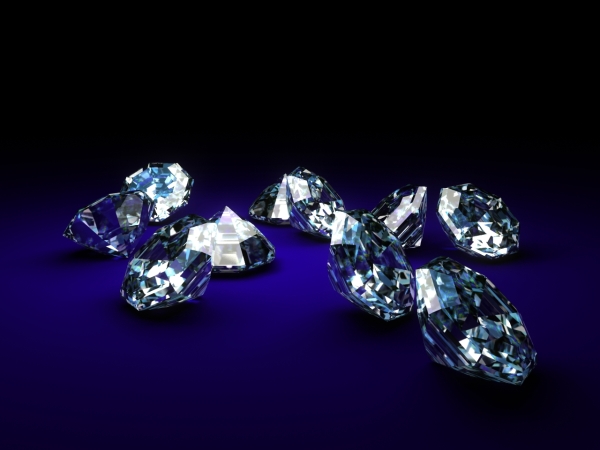 Rich and peaceful. Poor and unequal. With a small population of about 2 million people, vast diamond reserves, and an unusual lack of conflict, Botswana is known as Africa’s political diamond.

Far from the usual tales of corporations looting Africa, Botswana’s primary corporate partner, De Beers, has been involved with the government in what is considered as one of the world’s longest public-private partnerships. De Beers has gone so far as to give Botswana a 15% share in the corporation. Botswana has even established a sovereign fund to ensure that the finite resource of diamonds can reap indefinite revenues. But it is also one of the more unequal countries in the world, hosting significant poverty and lack of opportunity. An exceptional diamond agreement revealed by Mossack Fonseca, a Panama-based offshore service provider, obtained by the International Consortium of Investigative Journalists, raises questions about the secrecy that shapes Botswana’s diamond industry.

In early 2015, a pilot agreement between Diacore International Limited and De Beers Global Sightholder Sales negotiated the sale of an exceptional diamond worth $19 million. Diacore, arguably De Beers largest sightholder, paid $9.5 million for 50% of the diamond’s value. The contract was negotiated from Diacore’s British Virgin Islands (BVI) base. Though Debswana was listed as the gemstone’s physical location, it is not known whether the diamond was extracted from Botswana. De Beers’ recent relocation of its international sorting center from London to Gaborone resulted in rough diamonds from outside of Botswana being sold within the country. However no register is kept of exceptional diamonds enabling stakeholders to identify the volume and value of rough stones worth more than $250 000 or the taxes and royalties owed from their sale.
The agreement did not involve Diacore’s local partners, which include Diacore Botswana Ltd or Steinmetz Diamonds Botswana Ltd. The origin of the diamond is not listed.

A receptionist with Diacore’s South Africa branch telephonically acknowledged receipt of our email, opened on location. But the company did not respond to queries. Neither De Beers nor Debswana responded to interview questions with Debswana deferring these via email to De Beers.
Taxes, royalties, diamond valuation formulas among other terms and conditions owed for the export of diamonds are usually documented in mining agreements rather than in sales agreements. But in Botswana, mining agreements are confidential.

Prior to 2014, Debswana’s financial dealings were confidential. But in that year, and in an attempt to show value for the relocation of De Beers sorting center, De Beers published what they called the first study ‘to quantify the economic value generated by the Partnership in Botswana in any one year.’ They disclosed a figure of $6.9 billion in revenue. But it is not any one year. The largest proportion, about $2.3 billion, is invested in rough diamond imports from South Africa, Namibia and Canada; a sum affected by the relocation of De Beers’ sorting centre and the attendant inflow and outflow of diamonds. As a result, the full figure does not represent value that remains in Botswana but a large portion of it rather flows in and out. The Bank of Botswana’s annual report discloses that, from an income point of view, the revenue generated from the import and export of the diamond sorting center is not substantive and ‘largely offsetting’.
The remaining figures are vague – $0.6 billion in service fees internationally and locally; $0.7 billion in dividends for shareholders; and $0.3 billion in retained earnings.
The most interesting figure here is the $2.2 billion remitted to the government. Of this figure, $1 billion is generated through taxes and royalties and a further $1.2 billion through dividends. The value derived by De Beers is not known.

But a bigger question remains: just how much are diamonds from Botswana are actually producing in value? In 2013, for instance, De Beers tallied recovered diamonds at 31.1 million carats from Namibia, South Africa, Botswana and Canada. Botswana’s production was 22.7 million carats or 77% of volume.In that same year, an estimated $18 billion in rough diamonds had been produced globally of which De Beers produced $5.9 billion in value of which $4.2 billion was contributed by Botswana. De Beers itself confirms that from all mining operations, “Debswana … produces the majority of De Beers’ diamonds.”The company’s dependence on Botswana as a source of their company’s sole product becomes clear.

Why then does Botswana, arguably the world’s leading gem quality diamond producer, allow one company to maintain what could be a financially unfeasible monopoly in the country?

In 2014, during the rare economic analysis of value generated for Botswana in its partnership with De Beers, De Beers claimed that Debswana’s total distribution to the government was around 39%. Sources confirmed that diamonds provided between 38% – 50% of Botswana’s national revenue. It also contributes more than 70% of foreign exchange earnings. But while the government appears dependent on De Beers, it is the latter that is conversely dependent on Botswana.

This situation should provide the government of Botswana a particularly strong bargaining position when it comes to assigning mining licences and obtaining fair share of diamond revenues.
Yet sources described this as a passive partnership on the part of the government allocating to De Beers, control over production volume and pace; the valuation of diamonds, the markets that acquire diamonds through sightholders or exclusively ‘approved’ De Beers buyers. Sales are often negotiated in tax havens through confidential agreements.
This reliance of government on De Beers as a monopoly suggests a potential Trojan horse: where the independence of the former concerning diamonds as an economic and political issue is ceded to the private sector they are intended to regulate. The government’s 15% share of De Beers is often cited as a victory. . Ironically, the value of these dividends, separate from Debswana, is not included in the company’s rare 2014 disclosure due to ‘value generated outside of Botswana.’ How, where and to whom these funds circulate – such as Debswana’s Luxembourg-based entity ultimately owned by the government, is a mystery. Botswana’s Ministry of Minerals acknowledged but did not respond to questions. Debswana referred us to De Beers. De Beers cited most of the information requested as confidential.

The opacity of Botswana’s ruling party, the BDP, particularly where it relates to the internal financial structure as well as the lifestyles of its top office bearers who are also present in either the government, or De Beers structures, or both, reflects a potentially lethal conflict of interest: one of potential regulatory and political capture. . And in the process of determining or dominating discussions of how the system should be constructed, such as diamond valuation formulas or the publication of mining agreements, De Beers also appears to have inordinate influence, almost performing the role of government. Though De Beers no longer controls over 80% of the global rough diamond market, as evidenced in the past, it continues to hold about 35% of the global market, and importantly, to control or monopolise African countries such as South Africa, Namibia and Botswana.

Concern about the relationship between the BDP and De Beers is often referred to in conspiratorial tones. Information is hard to come by – on the record. But one place where it has been published is Wikileaks:
According to a confidential US cable,, Debswana financed a De Beers selected consultant to determine the internal structure of the party, including the Presidency. “The BDP first contracted Schlemmer after the 1994 election…Although Schlemmer wrote that report for the BDP…..then Chairman of Debswana Louis Nchindo paid for the study personally…The 2005 study was paid for by a mining firm with significant interests in Botswana — i.e. De Beers. Schlemmer recommended that President Masire retire early and that the BDP bring Ian Khama into politics to unify the Party. The BDP scrupulously adhered to his recommendations.”

Perhaps the BDP scrupulously adhered because it was a good recommendation. Or perhaps the party performs like a business partner taking the advice of its biggest shareholders. Coincidentally, both have been in power without disruption for the respective roles since the 1960s. The BDP’s Secretary General acknowledged questions related to their internal financial structure but did not respond.

Such actions – described as price fixing, monopolistic and anti-competitive strategies – have previously been investigated by courts in the European Union (EU) as well as the United States (US). In fact, the US government maintained a 60 year ban on De Beers until a $300 million settlement was reached.

The failure of Botswana’s government to publish key documents and information such as mining agreements, disaggregated financial revenue generated within and outside of Botswana, the process of valuation and price of rough diamonds produced, and a registry of exceptional diamonds is worrisome. More importantly, and critically related, the internal funding structure of the BDP and its top officials also present in government and diamond structures.

It fuels fears that Botswana’s secretive diamond economy is potentially constructed around the coinciding and self-perpetuating interests of a ruling party and a private entity. Transparency of both De Beer’s corporate dealings and the BDP’s formal and informal funding sources would allay the concern that diamond deals are not necessarily always concluded in the interests of the broader Botswana society.

This article was supported by the Open Society Initiative of Southern Africa (OSISA), the African Network of Centers for Investigative Reporting (ANCIR) and the International Consortium of Investigative Journalists