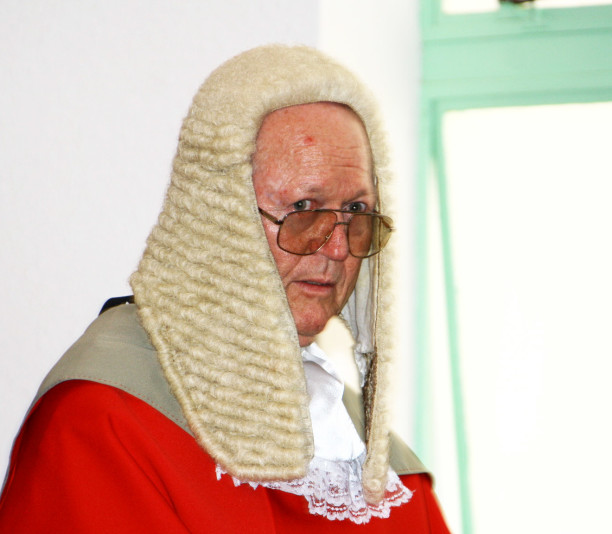 The president of Botswana’s highest court, Ian Kirby, has invested in seven offshore companies domiciled and registered in a tax haven of the British Virgin Islands, writes NTIBINYANE NTIBINYANE.

Judge Ian Stuart Kirby, President Ian Khama’s close associate and the President of the Court of Appeal, Botswana’s highest court, has invested in at least seven offshore companies between 2005 and 2009, according to documents detailing the dealings of a questionable Panama-based law firm Mossack Fonseca.

After a year-long investigation, respected investigative journalist Ken Silverstein, writing in Vice magazine, concluded that Mossack Fonseca “has served as the registered agent for front companies tied to an array of notorious gangsters and thieves”. These include Rami Makhlouf, a notorious Syrian ‘bagman’ for President Bashar al-Assad, various associates of former Libyan dictator Muammar Gaddafi and Zimbabwe’s long-standing president Robert Mugabe, as well as an Israeli billionaire who “has plundered one of Africa’s poorest countries”.

In 2015, a huge data leak of Mossack Fonseca emails completed the picture. The leak revealed how the law firm arranged for scores of the wealthiest individuals to aggressively avoid taxes in their home countries, and even launder money. It did so by setting up a myriad of shell companies in tax havens. These entities shield the identity of the true beneficiaries of funds in those company accounts. Through this opacity, a range of financial crimes are made possible. Tax investigators have referred to the Panamanian law firm as one of the largest creators of shell companies in the world.

Panama Papers: secret accounts of the rich and powerful

Leaked Mossack Fonseca communications show that Kirby has already sold his shares in four of the seven entities, remaining a shareholder in three companies. This was confirmed by Kirby himself when confronted with these allegations.
Kirby says his role in these companies is above board. He said that each of the seven companies were formed to buy, develop and later sell one property each in the United Kingdom. They were special purpose vehicles set up by a real estate agent active in Botswana, Pam Golding Properties. Kirby was but one investor. He claims that he redeemed his shares in four of the companies at a “considerable loss” on account of a weak real estate market and the world economic recession.

Tax Havens: Breaking the spirit of tax law?
At present, Kirby retains shares in three companies: Jaye Limited, Beachleigh Holdings Limited and Allmonde Company Ltd. All three companies are registered in the British Virgin Islands, and Mossack Fonseca appears to have assisted in their registration, according to documents and emails seen by Ink Centre for Investigative Journalism.
There is little reason other than tax avoidance for a company doing business in the United Kingdom to be registered several thousand miles away in the Caribbean. According to Fair Tax Campaign, tax avoidance techniques for companies are all about location. This consists of where a company chooses to open offices and where it chooses to allocate its profits and expenses. “Companies wanting to minimise their tax bills shift their profits to subsidiaries where there is a low or zero tax regime, e.g. a tax haven.”
The British Virgin Islands is precisely such a haven. While tax havens are technically legal, the tide of respectable opinion has turned against their use. First, tax havens facilitate secrecy and secrecy allows malfeasance to be hidden. Second, countries who host the economic activity that produces income are deprived of taxes that could be used in those countries.

There is no suggestion in the leaked information that the companies Kirby invested in were specifically avoiding or evading tax commitments. However, a question does hang over the location of the companies’ registration, British Virgin Islands, and the law firm chosen to perform this registration, Mossack Fonseca. Kirby claims that he was not aware of the law firm, but says that he was aware the companies were run from Guernsey, an island declared a tax haven by the European Union.

Before being appointed Attorney General, Kirby was the senior partner at IS Kirby Legal & Taxation Consultants where, according to a legal commentator, his “experience as a lawyer was largely limited to representing corporations”. Corporations using the services of tax consultants typically seek to minimize the amount of taxes they pay while remaining legally compliant.
While this attitude is to be expected from a CEO charged with maximizing profits at every turn, it remains debatable whether it is becoming of judicial officers to be involved in companies if these take advantage of aggressive tax avoidance schemes. Just as drinking at taverns at all hours is a lawful activity, so is having an interest in a company registered in a tax haven.
However, a judicial officer is probably not expected to keep that sort of company. After all, the law has both a letter and a spirit and judges are expected to conduct their affairs so as to “sustain and enhance public confidence in the judiciary”, according to the Botswana Judicial Code of Conduct.

Kirby’s Stakes Undisclosed
In reply to INK’s enquiries, Kirby pointed out that Botswana has no exchange controls, which means that there are no limitations placed on his moving funds offshore. Of course, he would have to pay tax in Botswana on any profits made, if he ever brought the funds back. There is no reason to doubt his assertions that the companies were used to buy and sell properties in the UK; a perfectly lawful activity.

However, this is not publicly available information. Nor are the names of his fellow investors publicly known or the fact that he invested heavily, over £140 000 (Over P2million), in the seven Pam Golding joint ventures.
If this information were to be publicly known, it would assist litigants to determine potential conflicts of interests arising from Kirby’s commercial dealings. Although his stakes in each company did not seem to rise above 2%, this value is still not so diluted or trivial so as to trigger the de minimis principle.
For example, should a large shareholder in the companies, Cannon Asset Management, or one of its directors, Adrian Cann, formerly of Deloittes in Botswana, be involved in a legal dispute serving before Kirby, their connection would not be known. This is not to suggest that such a connection would be covered up.

However, the value of transparency is that the public does not have to rely on the self-disclosure of a judge as to a conflict of interest. The judiciary’s interests are in the public domain and a strong argument exists that this transparency enhances the credibility of the legal system.
Indeed, High Court Judge Michael Mothobi recently opined: “The disclosure of personal interests of judges must be given priority if the impartiality and independence of the judiciary is to have any credibility in the public eye.” Unfortunately there seems to be much resistance in Botswana by parliamentarians, the executive or the judiciary to register their financial interests.

In no country in the world are judges expected to withdraw from the world of commerce entirely. However, where their interests are declared, litigants can decide whether to apply for the recusal of a particular judge in cases where there is a reasonable apprehension of bias. Where details of common shareholdings are locked up in share registers in the British Virgin Islands, sometimes in shell companies, litigants are completely in the dark.
The old adage that birds of a feather flock together is really about drawing inferences. We have every confidence that in the matter of the seven companies registered by Mossack Fonseca in which Kirby had an interest, this inference should not be drawn. When called upon, Kirby was forthcoming about the nature of his involvement in those companies.

However, it would probably be wise for judges, and not only in Botswana, to exercise the utmost probity and engage in some due diligence about the tax planning of companies in which they invest. It would leave a very bad taste for a local judge to sanction tax dodging in his own jurisdiction but to be party, even if indirectly, to schemes designed to circumvent the laws in other parts of the world. Mothobi’s call for a register of judges interests would also make stories like this completely unnecessary.