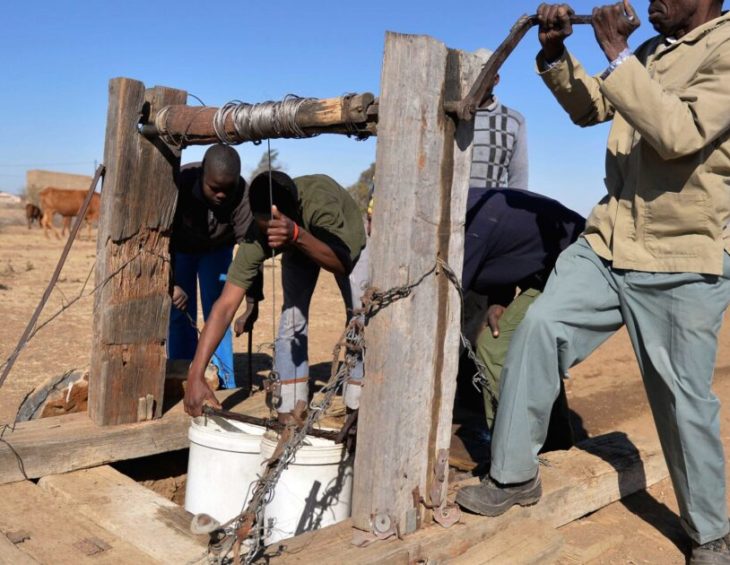 How Debswana stole from Boteti farmers

A group of farmers whose land was taken by Debswana Trading Company to make way for a game reserve hoped to get Water Rights or an equivalence of what was taken away from them as compensation, only to be offered P180 000 of the P5.5 million set aside by Botswana Government as reparation.

Investigations turned up by this publication show that Debswana engaged a land valuer who told the mining company that according to the Land Acquisition and Involuntary Resettlement International Standards, farmers should be given boreholes on top of the money that was offered.

Documents seen by this publication show that Synergy Global Consulting was engaged and paid by Debswana for valuation of the boreholes which were taken by the mining company when constructing a game reserve.

The government started a project called ‘Orapa Today Boteti Tomorrow’ (OTBT) in 2016 which involves the construction of a diamond museum which is located in the industrial area of Orapa and a Game Park led to the area expanding from 12, 210 hectares to 48, 964 hectares at the tune of P32 million. This expansion led to many farmers losing their assets and livelihoods.

Recordings and minutes of meeting between the parties and documents turned up by this publication show that the process of land acquisition left farmers aggrieved, citing inadequate compensation. Talks between the farmers and Debswana’s Orapa Letlhakane Damtshaa Mines (OLDM) started late 2015.

A Settlement Agreement document seen by this company was made after nine borehole farmers expressed their grievances over the P140 000 payment which was an initial proposal from Debswana.

The farmers in Boteti are referred to in the documents as “Aggrieved Farmers” after they turned down government compensation for their land. The farmers were also categorized as “Group B” farmers because they did not have livestock, but owned only boreholes.

In the settlement, Debswana had offered farmers P140 000 for their boreholes as a “Livelihood Restoration” compensation and this figure was supposed to be binding “Upon the Aggrieved Farmers, their dependents, trustees, heirs, assigns and successors of whatsoever nature.”

The Settlement Agreement was signed by the aggrieved farmers in February 2016 while the project coordinator Thatayaone Sithole and the then general manager Bakani Motlhabani sealed the agreement for Debswana OLDM in March 2016.

A meeting was held in 22 June 2016 between farmers and Debswana management in the OLDM boardroom where the findings and recommendations of Synergy Global Consulting were heard. During the meeting there was a question of whether the P140 000 is adequate and if it covers International Finance Corporation (IFC) standards particularly the ‘Performance Standard 5: Land Acquisition and Involuntary Resettlement’.

The Consultants’ response was: “The IFC Standard 5 speaks to Like-for-like so borehole for borehole needs to occur. Replacement Borehole Certificates are thus essential. Equipment/assets thus need to as far as possible be replaced with the exact asset that has been lost.”

However, the process of compensation was not completed, but the recommendations of Synergy consultants remained the same. The Debswana OLDM management promised to find land for boreholes in that meeting.

This publication has a copy of a presentation dated 23 June 2016 which was facilitated by Synergy Global Consulting. The contents still reiterated what was recommended by the land consultants in a meeting with farmers a day earlier at the Debswana OLDM boardroom.

Xhaogao Syndicate farmers followed up the Synergy consultants’ recommendations and asked for their boreholes but were denied a replacement by the Ngwato Land Board. While the syndicate expected to salvage a piece of land on top of the P140 000 payment, the Board after a meeting held on the 10th of October 2016 made a decision on the 7th of December 2016 that there were no available ranches.

This led to series of meetings between Xhaogao Syndicate and Debswana and a subsequent recorded meeting on the 7th of August 2020 where Debswana OLDM general manager told the farmers that they (Debswana) are told by government not to engage with them in any dispute, but the Ngwato Landboard.

Bolokang Tlhale who leads the spirited war against the giant mining company to claim borehole rights for his family and coming generations, sounded like a frustrated man but he continues to be unfazed. He even posted on social media condemning Debswana officials and the government for disregarding their rights and justice.

This publication knows Debswana has disregarded Synergy Global Consulting’s report and that its local subcontractor, Maruping Real Estate Property Valuers and Consultants, were left disappointed according to investigations.

The findings of the report by the valuers have not been given to farmers as per the agreement of the previous meetings. In a letter addressed to him on the 24th of August 2017, Tlhale was told that Debswana “acknowledged that we have reached a dead end with seeking assistance from independent Property Valuers as no value could be determined for water rights with an unknown yield.”

A letter by Sithole the project coordinator in August 2017 said: “This total compensation amount is due to yourselves should you agree with the settlement. However, this is on condition that you retire your borehole certificate with OLDM prior to the balance of payment being made and you enter into a Settlement Agreement.”

Furthermore, with his constant pursuit of his borehole rights, Tlhale was written a “strictly confidential” letter by the then general manager of OLDM Motlhabani on the 7th of August 2020 emphasizing Debswana’s previous and final offer as a take it or leave it kind of settlement. This was after Tlhale wrote to Debswana and expressed his disgruntlement and the subsequent meeting with Debswana management in 2018 and 2019.

Tlhale was advised that the matter has been escalated to the Minister of Minerals, Green Technology and Energy Security “by yourselves”. Subsequent to you escalating the matter, a Ministerial task team was formed to address your concerns, Motlhabani said.

“Please further note that our final offer regarding your compensation top-up by Debswana, as set out in our letter dated 24 August 2017 which letter is attached for ease of reference. The final offer is open for acceptance for a period of 14 days from the date of this letter, failing which we shall revoke the offer and consider this mater closed from our end,” Motlhabani told Tlhale.

Last year June, the Minister of Minerals Lefoko Moagi, in a letter seen by this publication, directly wrote to Tlhale reaffirming Debswana and Ngwato Land Board positions and not moving from the P180 000 offer.

This was a different tone from Moagi’s predecessor, Eric Molale, when addressing farmers at a Kgotla meeting in Boteti just 12 months before the 2019 general elections. Molale seemed to be giving the farmers legitimate expectations that they will be given what they asked for.

That time in 2018 the disgruntlement even reached Parliament and the then minister of mines Molale told Parliament that P5.5 million has been used as compensation for all affected farmers.

“The grievances from farmers are being processed and a response will be provided in due course. Mister Speaker, Debswana has a dedicated team of personnel on the resettlement issue and management is satisfied with their performance and accountability,” said Molale.

In an interview with this publication the current minister of minerals Moagi said, “I believe there was adequate compensation including an ex gratia payment from Debswana over and above the compensation. A lot more farmers agreed to what was offered.  I believe it is their right if they feel aggrieved, but I believe also that the compensation was not unreasonable! ”

Maruping Real Estate Property Valuers and Consultants director Modiredi Maruping explained to this publication that they were doing valuation on behalf of Synergy Global Consulting. He said they did the assessment and consultation and left the report with Debswana. He said their part in the issue was to do livelihood restoration assessment and nothing further than that. Maruping would not be drawn into commenting on the dispute and whether their recommendations were used or not.

Meantime, in an interview with this publication the current minister of minerals Moagi said, “I believe there was adequate compensation including an ex gratia payment from Debswana over and above the compensation. A lot more farmers agreed to what was offered.  I believe it is their right if they feel aggrieved, but I believe also that the compensation was not unreasonable! ”