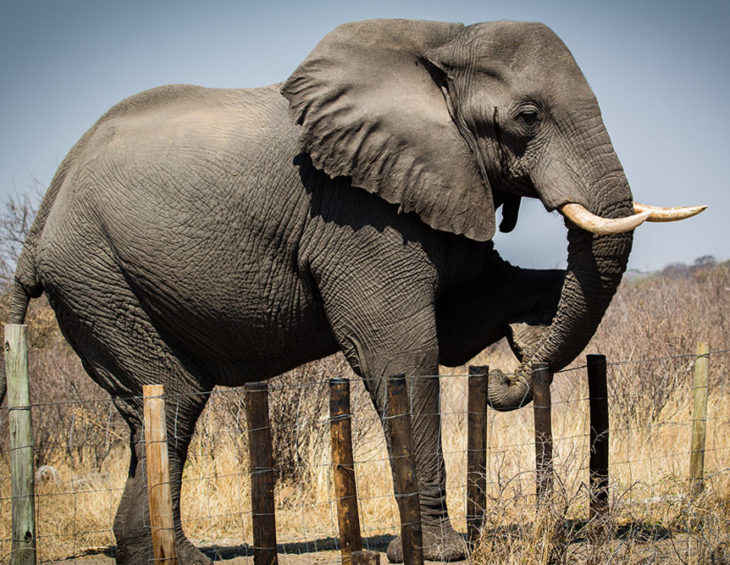 Humans have coexisted with wildlife for millennia in both conflict and peace but the human-wildlife conflict is not a comfortable subject as it involves loss of life and livelihoods, fear and anger.

These wild animals inflict untold carnage on crops, livestock and kills people every year. The Ngamiland district leads as most of the human-wildlife conflicts cases are reported here than in any other area in Botswana.

Botswana police figures show that nearly 10 people have been killed by either buffaloes or elephants in the district since 2021 to date.

The last incident happened last week Sunday when a poler was trampled to death by an elephant while preparing his farm at Mbiroba near Seronga.

This reporter chronicles miserable tales of victims of human-wildlife conflicts mostly from rural communities inside the Okavango Delta.

The cost of human-wildlife conflict is borne by many of the most impoverished rural communities in Botswana, being those who can least afford it.

Moreelelo Monnamokodi, 46, a single mother of four is still living in trauma after witnessing her beloved elder sister, Gabatsiame Utimile, then 60 years, being trampled to death by an elephant when they were harvesting thatching grass inside the Delta, two years ago, in 2020.

Monnamokodi, a resident of Boro settlement inside the Delta, explained that the incident occurred fast as they were carrying grass, heading to their camp nearby, when an elephant ambushed them.

Unfortunately it targeted her sister and trampled her to death. She and others escaped to nearby trees but it was already too late to save her sister and they watched helplessly while the elephant took her life.

After a few minutes the elephant left the scene leaving her motionless. They took her to the camp but it was already late to save her life. Since then, Monnamokodi’s life has changed completely and she has been living in trauma and has developed fear for elephants.

She however bemoans that after that terrible incident her life is now miserable as she no longer does any of those activities to make ends meet.

“Even when I’m poling with others and we spot some elephants I recall that day when I lost Gabatsiame and so I decided to no longer get into water.

“I have also abandoned our ploughing fields because of the presence of elephants along our fields and I no longer go to the cattllepost, I’m always in Maun,” she explained.

Her life has drastically reduced from that of someone who was economically active, hustling for herself to that of a pauper that depends on donations from family and friends.

Unemployed Monnamokodi now cares for her sister’s eight children and her own four children. “Now it is difficult to pay school fees for children and life was much better when my sister was still alive as she was the breadwinner and was always my inspiration,” she cries.

After the incident they applied for government compensation funds for persons killed by wild animals which is P70, 000, ex gratia, 20 000 goes to funeral arrangements while 50 000 is children’s benefits.

She however decried that the P70 thousands compensation for person killed by wild animals is not enough as it cannot sustain the beneficiary for a lifetime since victims are in most cases, breadwinners.

In her case, they were given P20 000 for burial and funeral arrangements. The P50 000-payment which goes to children was released only this year in January 2022 despite the incident having happened two years ago.

“For the past two years I have been moving from office to office fighting for this payment to be released as the situation at home was getting worse day by day,” she decried.

She reckons that the government could come up with a different incentive whereby victims’ families, children especially, could be given a living allowance than to rely on ex gratia which is a once-off payment which cannot even last for a year while the deceased could support their children or families for a lifetime.

Other victims include Nkoketsang Monnawatsheko, 59, and her daughter Cecilia Monnawatsheko, 40. The two were harvesters of tswii (water lily) that is found in the Okavango and Thamalakane River.

They escaped death by a whisker after they were attacked by a deadly crocodile when they were harvesting tswii in 2020. Both women lost an arm after the incident and are now permanently disabled.

The increase in crocodile human conflict could see an increase in poverty levels especially in remote areas since women, who risk their lives to eke a living through harvesting tswii, are mostly the ones affected.

For Monnawatsheko and her daughter Cecilia, their means of survival has drastically changed as they no longer harvest or sell tswii in Maun old mall after their arms were detached by the deadly reptile two years ago.

“As you can see, we mostly spend most of the time sitting at home doing nothing which is not a good thing. We cannot support our families or children because we have been permanently injured by a crocodile,” she cried.

Monnawatsheko explained that after the incident the government only paid for medical expenses then abandoned them without any monetary compensation despite being permanently disabled.

Only a few companies came to their rescue to buy them groceries but it is not sustainable and they appeal to the government to at least compensate them with a living allowance to sustain their lives than to rely on donations from Good Samaritans.

Professor of Tourism Studies at the Okavango Research Institute, (ORI) Joseph Mbaiwa believes that human-wildlife conflict will always be there and only needs to be managed.

“We will never eradicate it. Yes, it’s about competition for the same resources, increase in human population and expansion of wildlife areas, with respect to wildlife, mostly elephants are expanding into human settlements,” he stated.

Mbaiwa also advocated the adoption of integrated land use planning and implementation of all strategies to reduce human wildlife conflict.

“We can only manage it. In this case we need an integrated land use planning approach which response with respect to different land use options wildlife is not allowed in livestock areas and vice versa,” Mbaiwa explained.

He admits that death and injury from wildlife is a sad thing.

“You will never replace a life with money even if one was to be compensated with millions of pula. We live once and life is precious and the issue is how we manage conflicts and save life,” he advised.