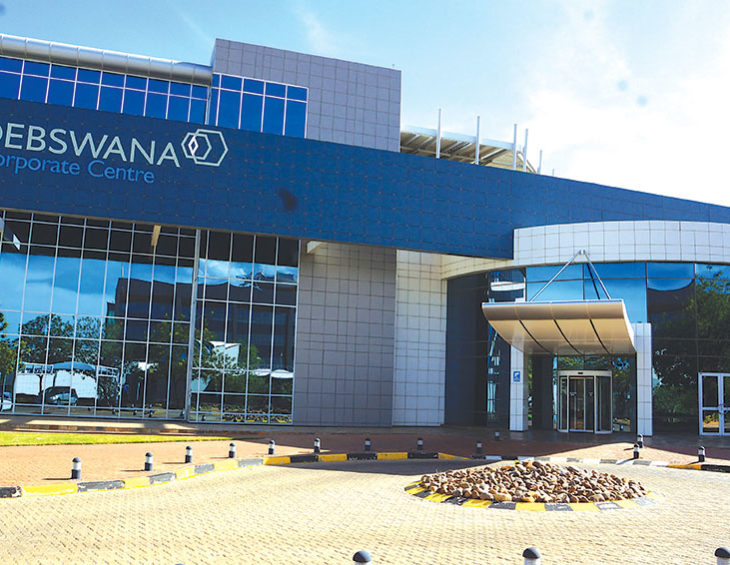 Albert Milton’s appointment as MD of Debswana on the 1st of December 2018 was accompanied by a lot of fanfare, celebrations and festivities at Gaborone International Convention Centre (GICC) to welcome him to the top positon.

2018 was the year when President Mokgweetsi Masisi ascended to the presidency. A diamond conference followed and the First Lady was a keynote speaker at a De Beers sponsored W Summit, which was part of the diamond-themed week of Diamond Symposium Week.

But in the Debswana boardroom that same year it was not all the sparkles and smiles which glitters with diamond jewelry. It was a war of succession. It was time for Botswana side of shareholders to put their wanted man, Milton.

“His predecessor Balisi Bonyongo was seen as a puppet of De Beers or the western shareholders. There had been several attempts that time to discredit Milton for the lucrative position but all that failed dismally.

“He was never a trusted man to his death because he was more aligned locally than his predecessors,” an authoritative source who spoke on condition of anonymity said.

One of Debswana and De Beers corporate tagline is preaching safety and good corporate governance. However, behind closed walls there is a different story.

The boardroom politics have been the order of Debswana affairs since the death of Milton where the Western shareholders want their stooge while the Botswana government wants to know there is their man, sources said, to benefit them in the new contractual talks and change of the business model to be linear to Botswana more.

“Masisi wanted a man like Milton who would not be a puppet to the West. But with Lynette Armstrong, the Westerners saw a chance to gain influence again hence trying to change the business model into ‘women empowerment because it is a woman business,’” another source said.

Lynette Armstrong could not be appointed since she is not an ‘indigenous Motswana hence her being just a caretaker for the role for more than two (2) years, a source said, but De Beers wants her to market ‘woman empowerment.’

Information reaching this publication is that the appointment of MD has been done “carefully with screening” but Botswana knows the man it wants.

De Beers has been flying down to Gaborone and back to hold talks about the appointment of the MD and insiders believe the negotiations reach a deadlock most of the time because everyone wants someone who will protect their interests.

On the other hand, a shortlist of up to six people is held under surveillance and intelligence, according to insiders.

Former Debswana MD Balisi Bonyongo did not want to comment on the company and allegations of his being a puppet. He referred our inquiries to Debswana management.

Some former board members did not want to talk to this publication because of fear of the non-disclosure clauses in their contracts and held the tradition and nature of the company to keep secrecy.

In an exclusive interview with Ink Centre for Investigative Journalism Debswana chairperson and Permanent Secretary to the President Emma Peloetletse assured this publication that they are about to close the MD position vacancy.

This publication understands that last week the diamond giant has been conducting interviews and De Beers CEO Bruce Cleaver has been in the country to discuss the recruitment process.

Peloetletse said they must have appointed an MD before Debswana’s financials on 31 March.

“Yes last week there have been interviews. And we have agreed on a suitable candidate and have almost made an offer. We have been doing assessment and we were further delayed by Covid-19 to appoint and MD,” Peloetletse said.

She however would not comment on Botswana wanting an indigenous Motswana and only said, “We want Batswana.” As for Armstrong’s rejection Peloetletse revealed that the acting MD is part of the candidature and “we have a pool of good people.”

This publication also interviewed Debswana and its communications manager Agatha Sejoe had this to say: “The recruitment of a substantive Managing Director for Debswana is being handled by our principals and we are therefore not in a position to comment on this matter.

“Debswana continues to deliver satisfactory business performance and value to its shareholders under the leadership of its Board of Directors and Management team.”

There are other positions of senior executives who have either been fired or have resigned in the wake of a disputed P100 million claim from a service provider of Debswana against the company.

Infotrac, according to a claim before High Court’s Judge Abdenico Tafa offered ‘special procurement’ to Debswana. It has emerged that there was an intelligence consultancy offered by the company and the late MD Milton, the company’s former security boss Mr. Kewakae is the one who appointed Infotrac following his resignation after the claim.

Last year the court heard that Debswana engaged Infotrac to investigate the late Milton’s private affairs among other things. Debswana is denying ever dealing with Infotrac and the case promises to come out with explosive evidence and calling high profile witnesses.

It is also alleged that Debswana attempted to have the case settled out of court but there is a political disagreement among the influential players and shareholders of the company.

Infotrac director Mompoloki Motshidi declined to comment on any issue regarding a possible consultancy on the MD appointment and the sacking of former executives whose positions are yet to be filled together with that of the MD, fearing to offend the sub-judice rule.