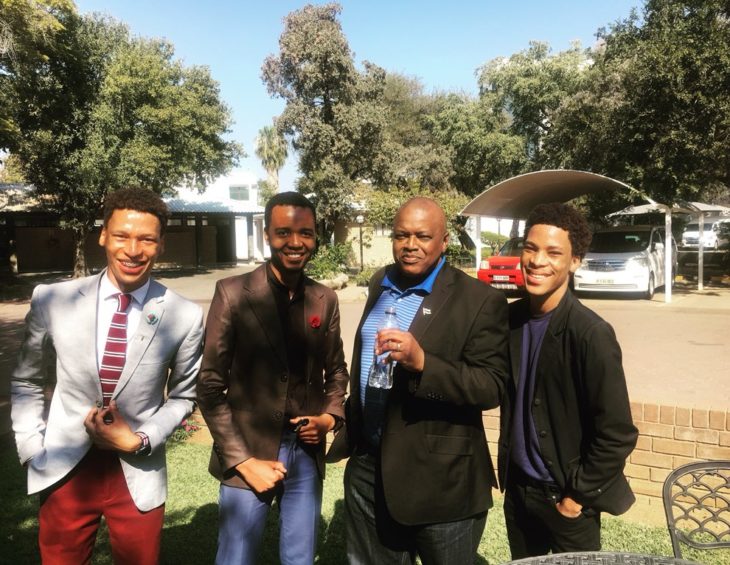 Fresh investigations shows that businessman Shadrack Baaitse was subcontracted as a supplier by Moffat Group to get them face masks through a South African export and import company.

Moffat Group has been at the centre of a controversial face mask tender whose details were leaked on social media followed by legislators grilling government about the tender.

Ink Centre for Journalism has also seen documents supposedly for goods declaration and other supporting papers suggesting that Baaitse was facilitating the procurement of face masks from outside Botswana. This publication also knows that custom officials are probing the authenticity of the documents.

This publication is in possession of the “Irrevocable Supplies Agreement” between Moffat Group and Yilehal Import & Export CCPTY (supplier). In this legal agreement Moffat Group was represented by Busang Manewe while Yilehal Import & Export was represented by Yame Tshepo Kebabonye who must have been instructed or hired by Baaitse as the local facilitator of the deal.

Early this year the Leader of Opposition Dumelang Saleshando filed an urgent question without notice asking how the Ministry of Presidential Affairs, Governance and Public Administration awarded Moffat Group the face mask tender.

The junior minister in that ministry Dumezweni Mthimkhulu defended the award of the tender to Moffat Group before Parliament, suggesting that the bidding process was “competitive” with 38 companies invited while 32 responded.

“A total of 38 citizen companies identified from the database compiled by our COVID-19 Procurement Unit were invited to bid for the supply and delivery of Personal Protective Equipment, which is inclusive of disposable three-ply face masks. Out of the 38 companies invited, 32 responded and these included Moffat Group,” Mthimkhulu saId.

Mthimkhulu’s response was given prominence in a half page article carried by the government newspaper Daily News in April this year and Moffat Group CEO Zak Moffact posted it on Facebook with the caption, “press release”.

Much attention has been on two young directors of Moffat Group, brothers Zak Phepa and King Pilara Moffat, who were alleged to be having connections to the ruling party elites.

Moffat Group was little known when it won the P19 million tender and was registered in 2016. The company’s social media pages shows nothing more about big procurement tenders save for their professed services of purchase order financing of SMMEs.

Sources close to the company suggest that the reason they got into business with Baaitse was to help them carry out the tender and deliver on the contract they signed with government to procure face masks. A South African entity was the supplier in the deal.

What also fuels allegations that the Moffat brothers are politically-connected is that their father Moffat Mophuting is believed to be a card carrying member of the ruling Botswana Democratic Party (BDP).

Mophuting, who is also chairman of the Group, participated in the BDP primaries in 2013 and lost the Gaborone West North Parliamentary seat. He has been seen in BDP colors many times in the past by this publication but would not confirm his activism when approached recently.

Of the Moffat brothers, Zak has never shied away from showing his allegiance to President Masisi and the BDP on social media where he has kept the photos of him clad in party regalia or with the party leaders. This fueled suspicion that the Moffat brothers were favored for their partisan leanings.

Zak’s Facebook posts are mostly captioned, “Jeka Domi!” and the better part of 2020 and beginning of this year he had a hashtag dedication of #bdpfriday where he wears the party regalia or reminisces about the 2019 campaign in which he claims he was one of the national campaigners for the ruling party.

A March 2021 Facebook post of Zak recalling a day after BDP’s 2019 general elections victory says, “….we had spent the previous day travelling hundreds of kilometers from Jwaneng to Kanye, Lobatse, to all 5 constituencies of Gaborone region mobilizing voters….”

He always has Masisi’s pictures in his Finance Park offices and has a Facebook post that says “my President! Dr Mokgweetsi is at the wheel” which appeared after Zak put a picture of Masisi with his father and sister in 22 January 2021.

Ink Centre for Investigative Journalism saw Moffat Group purchase order which was authorized by Baaitse Sebudula who signed as an “Authorising Officer” and is the Manager, Human Resource and Administration in the Presidential Affairs, Governance and Public Administration ministry.

The P19million Government Purchase Order was prepared by Sarah Monyika while Manake Mutula approved the money for facemasks which were expected to be delivered by Moffat Group in February 2021.

The tender that was awarded to Moffat Group was among those which were done after procurement was moved from the health ministry to the Office of the President or Ministry of Presidential Affairs “to fast track procurement of COVID-19 supplies”.

However, in her latest report Auditor General Pulane Letebele did not find the effect of moving procurement from the ministry to the presidency.

“Although it was alluded that procurement was transferred to facilitate a streamlined and agile system to procure all required resources for COVID-19, there was no documentary evidence to confirm that after the transfer there was increased efficiency and improvement in the procurement process,” she said.

Meanwhile, Ink Centre for Investigative Journalism can also confirm that Moffat Group are facing a Value Added Tax (VAT) bill of P7.1 million from the company’s proceeds made from 2018 to the current tax year.

Information intercepted by this publication is that the Moffat brothers were of the belief that VAT was exclusive when they signed for the tender only for BURS to later tell them that they are liable to pay VAT.

Those close to the young directors told this publication that they went and spent all the money and never thought to be having any tax obligation. Information is that their father, Mophuting has been trying to engage Office of the President to pay VAT for them because the company does not have money to pay their obligation.

Investigations show Zak and King have long left to Cape Town after the tender and their employees have not been forthcoming as to when they are coming back or their whereabouts. The duo is often seen in this country’s holiday destinations and often posts their lavish lifestyle on social media.

Mophuting has ignored our calls and messages (even though there is indication that he saw them) on Baaitse’s involvement and the Group’s tax issues and all the controversy surrounding his company.

Efforts to contact Zak were futile as he did not respond to our messages nor take calls. His staff would not help with a response or connect us to him.

When contacted for comment lawyer for Moffat Group Busang Manewe declined to talk about his client’s issues because he was not instructed to do so.

Baaitse sounded puzzled when this publication told him about the Customs documents. “I am not a clearing agent and I am not part of Moffat Group or whatever you call them,” he said.