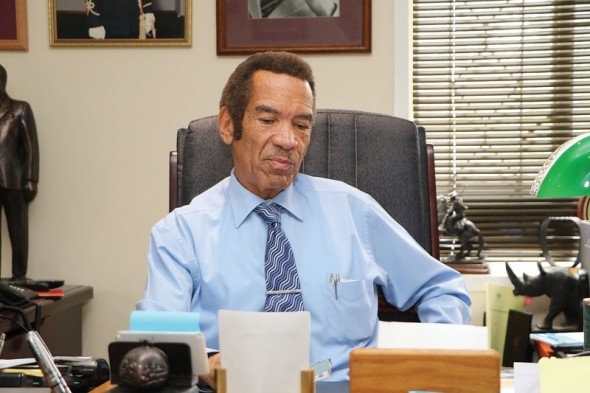 Former president Ian Khama is lodging in obscurity in South Africa after skipping the country early November much to the chagrin of the state security agency, DIS.

Information reaching this publication is that after Khama’s ‘artful escape’ to South Africa, heads have been rolling in the former state president’s security after they were interrogated about his whereabouts.

Khama revealed to this publication late November that he is not seeking asylum in South Africa but doing “consultative meetings” with his sympathizers, but did not name the “eminent people” with whom he is discussing his alleged harassment at the hands of Botswana’s government.

However, in an interview Khama told Ink Centre For Investigative Journalism exclusively on Sunday 14 November 2021, a few days after he was reported to have gone AWOL, that he is scared for the lives of those close to him that he had left behind.

“My family and I are in grave danger and this has been confirmed from various reliable sources inside and outside Botswana,” he said.

In the same interview Khama referred this publication to a communication from United Nation’s Special Rapporteur on extrajudicial, summary or arbitrary executions Agnes Callamard who in July this year expressed concern about reports of Khama’s harassment and attempted or planned assassination.

Callamard said three intelligence agencies from States outside Botswana issued warnings of threats to Khama’s life and this was sourced from intercepted communication of Botswana authorities.

Callamard also reported saying this after it was alleged that Khama’s security detail had been downsized despite him fearing for his life. The report stated that chemical and radioactive poisoning was supposed to be administered on Khama’s furniture or surroundings.

In a response letter to UN dated 25 October 2021 seen by this publication, foreign minister Lemogang Kwape said that Khama should have reported issues of attempted assassination and harassment to the police, but he never did so.

On the issue of Khama’s security detail being downsized, Kwape explained that DIS always makes assessment on security threats which inform the decisions to scale down or increase security personnel and resources.

The last report was in 2020 and according to Kwape, “…This development affected both two former presidents Festus Mogae and Ian Khama.

“Government therefore advises that the current security detail deployment for VVIPs is commensurate with the threat levels attributable to them following assessment.”

Khama told this publication from South Africa that in the weekend of 12 and 13 November 2021, the DIS raided his property. Khama said he feared that the DIS would do something mischievous like plant weapons in his possession. This was quickly rebutted by the DIS spokesperson Edward Robert.

Lately the DIS has launched a fresh court application on urgency to further search for weapons of war at Khama’s residence. This comes after Justice Ranier Busang of Lobatse High Court declined the state security permission to explore the former president’s official residence, State House 4 (Plot 260/261 Extension 5), which was omitted in the first search warrant.

In the recent court documents seen by this publication, the lead investigator, Jet Steven Mafuta, who is seconded by the Botswana Police Services to DIS, is confident that Khama may have fled the country to flee from scrutiny.

He said that the former president was asked to voluntarily surrender the weapons, but decided to go to South Africa where he remains to this day.

“Subsequent investigations revealed that there were firearms and ammunitions which were sneaked into the armoury at State House 4 which led to the sealing of the armoury in order to preserve the scene,” Mafuta said.

The DIS had lost the previous attempt to have State House 4 searched and to have Khama hand over CCTV footage which would reveal him concealing weapons.

In his judgement a few weeks ago Justice Busang stopped short of saying that granting the agency the warrant to search someone haphazardly would be tantamount to condoning harassment.

“The court must not be quick to grant orders which would amount to intrusion into the private life of an individual, as and when asked to do so, without interrogating in detail if such an order is justified,” Justice Busang ruled.

In a previous interview Khama has denied having weapons. He however confirmed that there are weapons in the same compound, in the guard room or safe at the gate under the care of the DIS. He said he handed the weapons to the DIS after leaving office in 2018.

Justice Busang advised the DIS that, Khama’s admission was an important piece of evidence which, if they had provided, would have helped them to corroborate reasonable suspicion that would have successfully granted a search warrant.

Khama declined to grant this publication an interview on the fresh application by DIS. He said the case is still at the courts and would be improper to talk about it, However, in snippets from his affidavit, Khama accused the state security unit of trying to deny him his rights and privileges as a former president.

The opposition parties Umbrella for Democratic Change and Botswana Patriotic Front have condemned Khama’s search and seizure as harassment while the ruling Botswana Democratic Party maintains that the DIS is acting within the ambit of the law. Minister in the presidency Kabo Morwaeng and his deputy Dumizweni Mthimkhulu did not answer this publication’s questions about Khama’s alleged harassment.