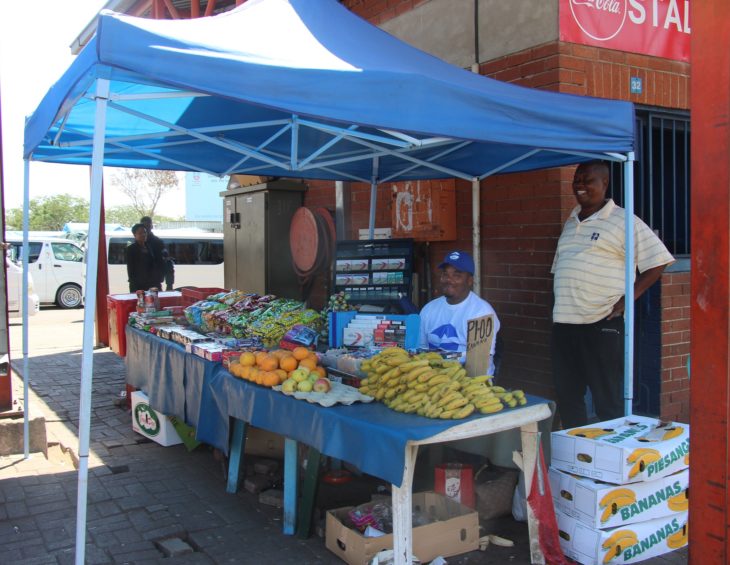 TSAONE SEGAETSHO
Vendors interviewed by Ink Centre for Investigative Journalism do not welcome the new Tobacco Control Act signed into law in October 2021, saying it is highly retributionist and exclusive.

They complain that it will affect their livelihoods as tobacco is the mainstay of their businesses.

In a random pick interview around Greater Gaborone, 22 vendors and six (6) tuck-shop owners concurred on one thing; the law was not made for them and their businesses were never taken into consideration when it was made.

Among other things the Tobacco Control Act comes with; licensing cigarette sellers, not allowing anyone to sell less than 20 sticks or to only sell packets, limiting branding and display of cigarette containers while increasing health warnings and limiting public smoking.

Contravening the Tobacco Control Act comes with a fine of P1000.00 and a jail term not less than five months.

Ink Centre for Investigative Journalism started its cursory interviews in the Main Mall where every vendor targets the dense population of the city centre.

Despite the legendary mall being a two minute or one (1) kilometre walk from Parliament where the Tobacco Control Bill was proposed and debated, almost all the vendors interviewed were not prepared or aware that the Tobacco Control Act is upon them to change how they sell cigarettes.

“I do not know much about the Act. I just overheard from people that we will be banned from selling one stick of cigarette and it will be a packet of 20 upwards.

“I thought it was just street talk politics. If that law has been implemented, then government must be ridiculous” bellowed Boikhutso Mmesi who sells cigarettes at Main Mall.

Mavis Majoni who has a vendor table at the Gaborone Finance Park is not happy with the Tobacco Control Act, saying, “These people (government) never take us into consideration when making these laws”.

Interviewed at the Mmopane bus rank, Marriam Lenyatso said she buys a packet of 30 cigarettes for around P50.00 from wholesalers and sells them for P3.00 stick each which is almost 90 percent profit. Lenyatso sells 30 or more sticks in a day.

The most common product on the vendors’ tables was British America Tobacco (BAT)’s Peter Stuyvesant which Neo Motlotlegi of Gaborone West Phase One likened to what Coke is to Coca Cola.

“When I sell other brands, they move slowly or are not bought at all. They would get dry and lose the flavour according to my customers”, she said.

But Motlotlegi does not understand that according to the new Act the Peter Stuyvesant brand from her table will be shadowed by 70 percent of health warnings.

Furthermore, Motlotlegi’s table will no longer display cigarette boxes like it has always done because Section 37 of the Act prohibits commercial display of tobacco products at points of sale.

“I do not know what you are talking about neither can I imagine that. How do I sell something concealed? my customers should see my products out in display”, Motlotlegi said.

However, Gofaone Mmereki is not worried about branding cigarettes in her tuck-shop in Mogoditshane because her customers know what they want. A popular brand in her tuck-shop is Peter Stuyvesant followed by the menthol infused Cravan A.

“There is also this new kid on the block gaining popularity, Peter Stuyvesant Pulse. It is mostly smoked by younger generations like teenagers and even females like it because it is scented by menthol for a better smell and taste”, Mmereki said.

The tobacco industry leader BAT which this publication spoke to in November reiterated the contents of the communication it sent to health minister Dr. Edwin Dikoloti.

BAT said it acknowledged the risks associated with the tobacco and nicotine products that it manufactures and sells, and that they require regulation.

But “excessive and ill thought-out” regulation may not only be ineffective at achieving the intended objective, according to BAT.

Director for Policy Advocacy at Business Botswana Dichaba Molobe told this publication that the tobacco laws would not be of any good to anyone but will benefit illicit cigarette trading saying, “the Act criminalises everyone and leaves a door open for illicit trading”.

Despite Business Botswana having a seat on the High Level Consultative Council, and most of the time privy to Bills under discussion at Parliament, Molobe said they were never engaged in Tobacco Control Bill.

“They refused to share the Tobacco Control Bill draft with us. They also did not want to listen to the private sector”, Molobe said.

Minister Dikoloti and his assistant Setlhomo Lelatisitswe ignored our messages and phone calls regarding the issue of consultation with the industry and hawkers.

BAT sought to challenge some legislative provisions of the then Tobacco Control Bill like prohibition of display and branding of tobacco products saying it is unconstitutional and infringes on the intellectual property or trademark laws of Botswana.

“…Brands/ trademarks play an important role in the cigarette market, and their erosion or elimination changes the nature of the market”, wrote BAT legal representatives, a view which was reiterated by the company’s in-house lawyer, Mdu Lokotfwako.

“All this commercialisation could also lead to an increase in illicit trade because legitimate products would be less clearly differentiated from illicit products in terms of appearance and perceived value”, Lokotfwako said.

However, in a letter addressed to Akheel Jinabhai & Associates on 23 July 2021 minister Dikoloti declined to give BAT audience citing Section 57 of Tobacco Control Act which prohibits meeting of any public authority with the tobacco industry.

The minister said he can only engage the industry in writing not meeting physically. The same Section 57 prohibits sponsorship, partnership or any endorsement by the tobacco industry.

The tobacco industry has been accused of intimidation and manipulation of governments and influencing public perception in many countries.

On the issue where BAT was challenging prohibition of branding and display of products, Dikoloti said the Constitution of Botswana limits property rights of individuals where such rights are injurious to the health of human beings.

The Consumer Watchdog, Richard Harriman said while he sympathises with the plight of the small businesses that make money from the sale of tobacco products, he has no remorse for the tobacco industry.

“….We also need to consider the incredible dangers posed by these products. And we all know how badly the tobacco industry has behaved for many years”, he said.

The Anti-Tobacco Network executive director Bontle Mbongwe did not respond to our media inquiry for weeks and later referred us to the public relations agency, The PR Practice. However, we never got a response from The PR Practice despite sending requests and follow ups for weeks.