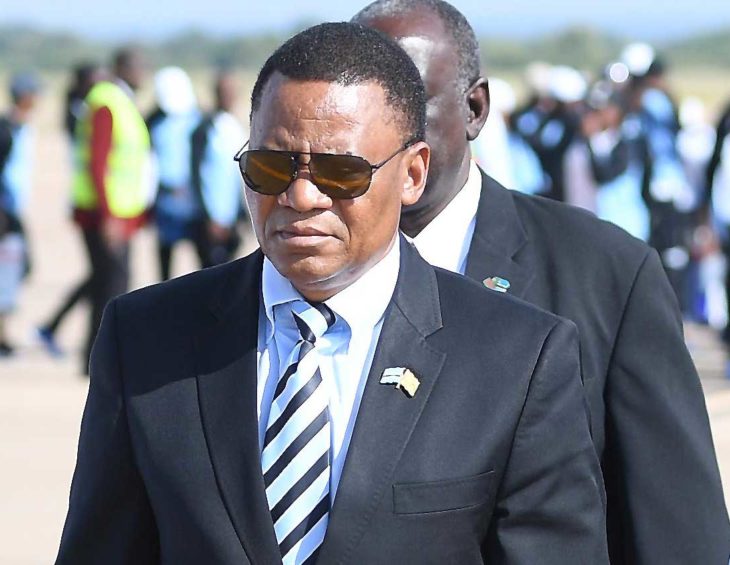 Vice President Slumber Tsogwane, who is also the Member of Parliament for Boteti West, is embroiled in a controversy over the ownership of a quarry mine in the village of Xhumo, Julia Masima reports.

At the centre of the controversy is the decision by Ngwato Land Board to award Tsogwane’s
company Boteti Engen Centre PTY a quarry instead of Xhumo Village Development Committee
in 2016.

The quarry was initially used by the two companies, Basil Read and Consolidated Constructors
Company (CCC) during the construction of the 60km Mopipi – Rakops road in 2006. After the
completion of the project, the two companies handed the quarry to Ngwato Land Board who
subsequently awarded the mine to Tsogwane in 2016. The quarry has not been in operation since
2007.

According to residents of Xhumo, they feel robbed of an opportunity to run and manage the
quarry. After all, the residents said, blasting from the mine left their houses with cracks and other
structural defects. They said as a result they had hoped to inherit the quarry as a form of
compensation for the damage done to their houses.

According to Xhumo VDC chairperson, Lawrence Nkisang the allocation of the quarry to
Tsogwane has shuttered the hopes of the community. He said that the community had hoped to
use the quarry to mine concrete and produce different block work such as culverts, stock bricks,
cab stones, pillars, and many more.

Responding to a questionnaire from INK24 Ngwato Land Board Principal Public Relations
Officer, Mompati Malete confirmed the quarry was awarded to Tsogwane’s company Boteti
Engen Centre PTY in 2016. At the time Tsogwane was the minister of Local Government and
Rural Development.

Malete confirmed that the Village Development Committee had indeed shown interest in the
quarry but was unsuccessful in their bid. He said Tsogwane’s company was awarded the quarry
because it showed interest before the Xhumo VDC. The community through the VDC applied on
the 30th April 2007 while Boteti Engen Centre (PTY) applied on the 5th February 2007, he said.

Tsogwane confirmed to INK24 that, he is the owner of the Xhumo quarry. He said the issue
about the quarry is no longer relevant at this point considering that he has not put it to use yet.

He said that bringing up the issue is politically motivated. Tsogwane also revealed that Kgosi
Tawana Moremi once showed interest in the quarry but was never crucified for his intentions.

According to Nkisang, the Xhumo community has lodged a complaint with the Office of
Ombudsman more than six years ago concerning the unfair allocation of the quarry to Tsogwane
and up to date they have not received feedback on their query.