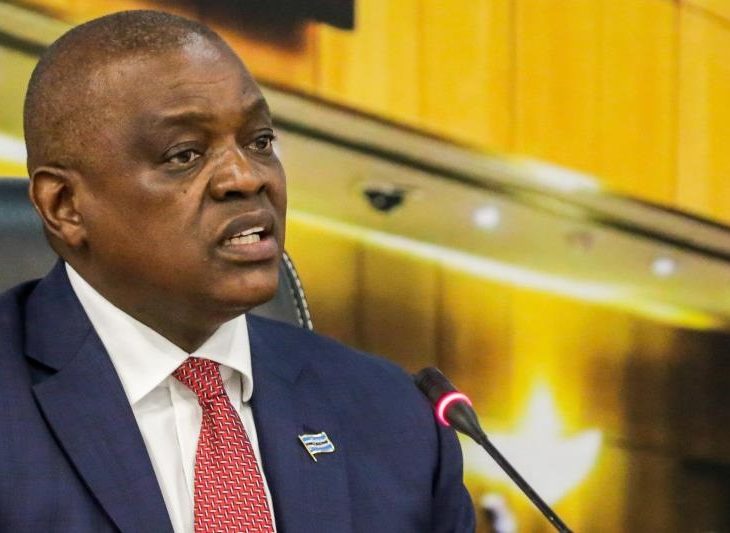 How Masisi is mismanaging the pandemic

In early May, President Mokgweetsi Masisi told a CNN journalist that Botswana was on the “verge” of becoming the first African country to vaccinate its entire adult population against the deadly coronavirus.

With unbridled optimism, the president lauded the country’s experience fighting pandemics, singling out the spirited battle against HIV/AIDS in the 90s.

By mid-July however, things began to unravel. Social media feeds surfaced with videos of Covid funerals, wailing relatives of the dead outside hospitals and long queues at testing centres with gasping patients.

“My mother just died in the parking lot… Marina [hospital] turned us away saying there are no beds,” a Facebook post said.

Princes Marina, the country’s biggest public hospital warned that its mortuary was overflowing, while Sidilega, a private hospital in Gaborone advised patients seeking emergency care to look elsewhere. Frantic calls for medicines, oxygen, and discussions about the efficacy of Ivermectin and tests flooded social media.

Away from the CNN glare, Masisi has tried to change the narrative by turning on Covax, a multibillion-dollar alliance of international health bodies and nonprofits to ensure equitable access to vaccines and claiming that it has swindled African countries after they invested into the facility to buy vaccines.

But to many in Botswana, the country is fighting two pandemics: Covid and lies by Masisi. Three years into his term, the president has repeatedly been caught lying , behaviour that is perpetuated by his ministers who have normalised making misleading claims in public.

Statistics, however, do not lie. Botswana is in the lofty position of being among the worst hit countries in the world per 100 000 people, according to John Hopkins University’s Covid Data Centre. According to the data, 65 of the 100,000 infected were dying over the past seven days. This is higher than Africa’s average of 39 people out of the every 100 000.

By mid-June, Botswana, with its relatively miniscule population of 2.3 million, was averaging more than 2 000 new cases per day. To date, ministry of health statistics shows about 30 deaths per day. To date, the country has 116 000 confirmed cases and 1600 deaths. Experts say if the runway infection rate remains unchecked, Botswana will start recording more than 100 deaths every day by the third week of August.

Yet the vaccination programme is moving at a snail pace with only 1000 people receiving their injections daily and this only when the vaccine is available. Six months into the roll out, only 5 percent of the population or some 240 000 of the population has been vaccinated. In comparative terms Zimbabwe, on July 19, Zimbabwe, a country known to have limited resources, was able to vaccinate around 300 000 people in seven days.

As I write, the country has run out of vaccines. This after Botswana has paid ten-fold inflationary prices for its vaccines because the government ordered them so late. Updating Parliament on procurement, Dr. Dikoloti indicated last week that the country purchased vaccines late and as a result paid inflated prices for them. The minister indicated that the country paid $29 for every dose of Pfizer/BioNTech vaccines, against the production cost is $1.20, meaning the country is paying nearly 24 times the potential production cost. The country also paid 15 times for potential production costs of the Moderna vaccine, according to calculations by Dr. Dikoloti.

President Masisi enthusiastically declared a state of emergency when the first confirmed Covid-19 cases emerged in three positive citizens from the UK . A heavy lockdown and sweeping powers of decree gave him great leverage to fight the pandemic. But with two months to the end of the 18-month state of emergency, Masisi critics say he has simply promoted procurement irregularities and has never had a clear strategy to fight the pandemic beyond the lockdowns. Leader of the opposition in parliament, Dumelang Saleshando, argued at the time that the state of emergency was declared that it was a ploy to give Masisi unilateral powers, including over tender processes.

“Government failed medical experts in so many ways. It doesn’t look like they have a plan,” a University of Botswana medical science student told me recently.

Others say the administration’s ham-fisted mismanagement and neglect have led to the spike in infections.

The ruling Botswana Democratic Party (BDP) has become a predator organisation. Elites genuinely believe that if you’ve clawed your way onto an upper rung of the ladder you’re somehow entitled to the perks of the position.

In April 2020, the BDP battled to justify the state of emergency.

Information on contracts awarded to suppliers related to Covid-19 tenders remain hidden from public view. What is however difficult to hide is the number of millionaires in Gaborone, which increased by 100 during the pandemic, according to a report produced by AfriAsia Bank.

The ministry of health was accused of procurement irregularities to a point that social media platforms were awash with copies of leaked documents showing a plethora of tender kickbacks. One example was an exorbitant price quoted for the supply of face masks that ordinarily cost US40 cents, selling at US21 to a shelf company belonging to a connected sympathiser of the ruling BDP.

Another jaw dropping incident was allegations (using the slackened tender rules) of the construction of an ablution block of 10 toilets in a primary school, which potentially costs around P100 000 but which was constructed at a cost of P1 million, causing Minister of Local Government and Rural Development, Eric Molale to promise Parliamentarians that the alleged tender irregularity will be investigated.

The Covid-19 Relief Fund set up in April 2020 by government was also opaque in its operations, despite that it is reported to have over P2.4 billion in public and private donations. The Covid-19 Response fund is yet to be audited.

But the most obvious sign of leadership failure shown by Masisi was his abrupt decision to transfer his health minister, Dr. Lemogang Kwape, an epidemiologist with a PhD and replace him with a veterinary surgeon Dr. Edwin Dikoloti in late 2020. BDP insiders allege that Masisi and Kwape clashed on policy direction and Covid-19 expenditure.

The Presidential Task Force on Covid does not seem to have a clear mandate and often clashes with civil servants, who accuse it of sidelining them on critical decisions.

The president’s frequent and often random changes of personnel in the health department have also drawn sharp criticism.

Another Masisi blunder was the expulsion of Permanent Secretary in the ministry of health,  Solomon Sekwana, an old hand in government and a respected economist alongside his Deputy Permanent Secretary, Dr. Morrison Simvula. The reasons for Sekwana’s expulsion where never advanced beyond suspicion that he was purged because he previously worked under Khama. The regular changes of the ministry of health directors, the key policy drivers of the Covid-19 management and strategy, has happened so fast that one director, Malebogo Kebabonye, lasted just three months in her role. Within a year, Masisi has expelled a health minister, two permanent secretaries, and four ministry of health directors. In many cases, he has replaced them with inexperienced bureaucrats.

When the Delta variant was consuming much of India, Botswana relaxed its borders allowing Indians to enter the country. Assistant minister of health, Sethomo Lelatisitswe, defended the decision saying the Delta variant originated in South Africa and that there is no way the country could shut its doors to Indian businesspeople.

Authorities also failed to act on time to stockpile oxygen tanks and other vital supplies when shortages in India could have set the example.

Under pressure, Masisi is playing the blame game. He is accusing COVAX of scamming African countries.

“They cheated us…. This is not fair,” he ranted recently to a group of elders at a vaccination site.

He told the Weekend Post newspaper: “We have pumped money as developing countries of the African continent into the COVAX facility but returns were not satisfactory.”  On the same day, assistant minister of health,  Sethomo Lelatisitswe appeared to contradict him. The deputy minister told Parliament that the COVAX facility is anchoring Botswana’s vaccine program. “We are actually bolstered by [the] COVAX facility in this country,” he said.

Masisi’s desperation depicts a significant failure of leadership and an inability to manage the pandemic. A member of the Presidential Task Force said anonymously that their biggest challenge has been inaction. “We did everything right,” he lamented. “We maintained social distance, wore masks, locked people down. But after lockdowns? What did we do? Nothing. I will tell you, there was no further plan, especially placing orders for vaccines. We did that very late.”

Larona Morebodi, an opposition politician, believes the ruling BDP is no longer in a position to make the right decisions necessary to revive the economy. In many ways, it is unsurprising that the pandemic has exposed existing structural weaknesses in the ability of government to deliver basic health and other services and manage public resources responsibly.

Masisi is not a policy intellectual and does not exude confidence to lead a demoralised public service and a deeply divided country following his endless political brawl with his predecessor, president Ian Khama.

During the fourth quarter of 2020, the economy contracted by 7.9 percent worse than during the 2009 global financial crisis, according to Econsult, an economic think tank.

Econsult says the increase in VAT from 12% to 14%, the increase in the fuel levy, the introduction of tax on sugar-sweetened beverages and higher electricity tariffs will increase pressure on the consumers who already face high unemployment.

Whereas rich countries can hope for a rapid economic rebound, in Botswana, the tourism sector, a significant revenue earner, is years away from recovery. The IMF predicts Africa will be the slowest-growing region this year. Repeated waves of infection will also disrupt the schooling of hundreds of thousands of children, putting at risk the educational and demographic trends that are among Botswana’s reasons to be hopeful. If there is one thing Botswana can turn around, it is the ability of its leadership to tell the truth.

This story is produced by INK Centre for Investigative Journalism, a non-profit newsroom carrying out public interest journalism.