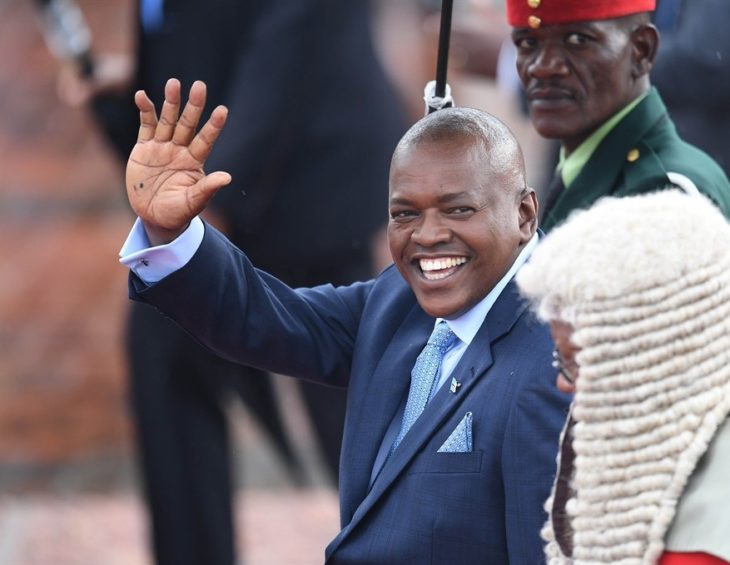 Masisi is conflicted in Eswatini and “out of depth”

The Southern African Development Community (SADC) should recall President Mokgweetsi Masisi, current chair of the SADC organ on Politics, Defence and Security (Troika), who lacks objectivity about the unfolding crisis in eSwatini and therefore cannot mediate between the clashing security forces and demonstrators calling for electoral reforms.

These are the views of the pro-democracy advocacy group, the Swaziland Solidarity Network Forum. Eswatini, formally Swaziland, has been experiencing anti-monarchy protests that have turned violent. On Saturday, Masisi dispatched a team of ministers to Eswatini in a bid to establish the cause of the protest.

Lucky Lukhele, Swaziland Solidarity Network Forum spokesperson, said Botswana has proven to be an impartial mediator in the Eswatini conflict. He cites the July 2, 2021 public statement made by President Masisi in which he fell short of accusing protestors of violence and made inaccurate claims on the number of casualties in the ongoing stand-off between protestors and security forces. In the statement, Masisi says one person had been killed, but Lukhele said the death toll currently stands at 47 with over 200 wounded protesters.

At the time of Masisi statement, Eswatini government had already disclosed that at least 29 people have been killed in clashes with security forces.

Lukhele suspects Masisi may have been misled by the royal family because he has familial links to the Eswatini monarchy. According to Lukhele, Masisi’s sister, an attorney in Eswatini, is married to a Swazi man, Derrick Hlanze with links to the monarchy. Separately, when Masisi’s nephew, Zwekele Hlanze tied the knot in 2019 to Buhle Makhubu, Eswatini Prime Minister, Ambrose Mandvulo Dlamini was in attendance.

Lukhele also expressed disappointment at Saturday’s SADC Troika fact finding mission, led by the Minister of Foreign Affairs and International Cooperation, Dr. Lemogang Kwape, saying it ignored key independent stakeholders and relied on the Eswatini government for information. He said the Law Society of Swaziland, PUDEMO and other civil society organisations were not invited to the fact finding mission, which was held at a place owned by Eswatini King Mswati.

“What angers the people of Swaziland [Eswatini] is that there was a team that was handpicked by the Swazi regime to disguise as members of the civil society and political parties,” he said.

Lukhele said that, to his surprise, the Kings’ friends were paraded as representatives of the civil society, including a known priest called Kasaro who took part in the meeting. The naturalised Zambian national is brother-in-law to King Mswati.  Another known Mswati ally included Thuli Dladla, former Minister of Foreign Affairs.

“Look at the thuggery of this thing,” he said.

Reached for comment, Dr. Kwape said there was not enough time to invite everyone to the meeting.  “Time was the problem,” he told INK Centre for Investigative Journalism.

“We generated a list with the help of the SADC secretariat. We did not meet all of them, we will see whether we can go there again,” he said.

Asked about sources of information  relating to the death toll in Eswatini, Dr. Kwape said those who question Masisi’s statement on Eswatini disturbances need to look at the context.

“It depends who you gather intelligence from. This is a fast moving story,” he explains, adding that: “At the time, that’s the information he had.”

A disappointed Lukhele says Masisi must save face and “stay out” of Swaziland issues.

“Here we are dealing with a dishonest fellow … he is no longer a leader who can mediate.

We find this to be extremely embarrassing to the SADC Troika,” said Lukhele, about Masisi, suggesting that SADC should suspend talks on Eswatini as Masisi has proven to be out of depth on the issues.