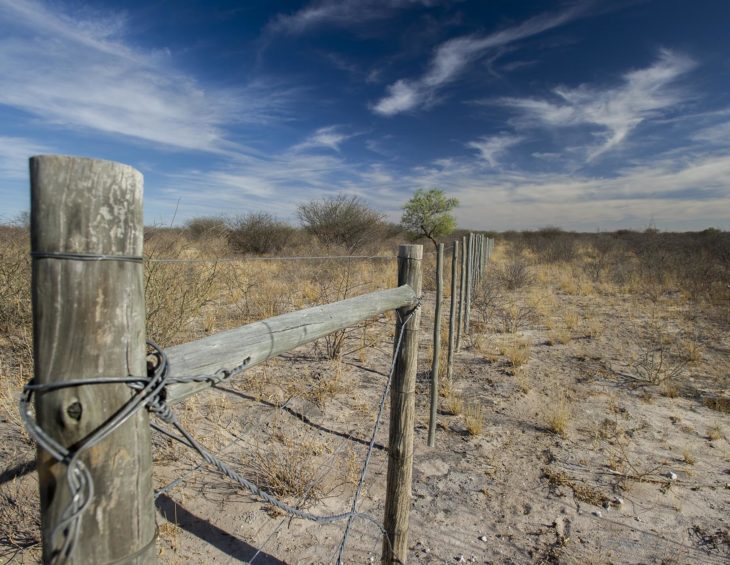 The farmer, Lukas Johannes Van Der Nest, was contesting a decision by the Department of Environmental Affairs (DEA) to authorise an EIA in favour of Tshukudu Metals, claiming the copper miner had failed to comply with the law.

The two parties to the dispute are the owners of Gower’s Farm, Van Der Nest and Johannes Jacobus Van Der Merwe, a Motswana national, and Tshukudu Metals. They put their cases before the Environmental Impact Assessment Appeals Committee (EIAAC) committee last month.

On Friday, a three-panel committee dismissed the appeal in favour of Tshukudu Metals saying that the farmer’s had been frivolous in their objection to the EIA and were instead motivated by the loss of opportunity to sell their farm to the mining company.

The arguments before the committee were presented by Briscoe Attorneys representing the owners of Gower’s Farm and Shakhira Khan acting for Tshukudu Metals. Among the arguments presented by Briscoe Attorneys was that the Department of Energy Affairs erred in the authorisation of an EIA in favour of Tshukudu Metals because there was no compliance in relation to the access road to the mine site, there was failure to sufficiently identify the environmental impact on ground water and on the nearby community, and that no consideration was given to protecting crop production in the area, specifically a horticulture project the farmer’s claimed was on their land.

The District Environmental Coordinator for Gantzi, Mapeu Gaolaolwe, countered the farmer’s argument: “The mining company had proposed three access point roads to the mine. It provided that a servitude corridor (access road) would be developed, which would transverse through the farms. They provided that the negotiations were continuing for the access corridor and the negotiations were completed with Farm 111-NL where the mining site is located. Options were provided with impacts identified and how they were going to be mitigated.”

Gaolaolwe pointed out that the purchase of land between the two parties was purely a private matter which had no bearing on the DEA decision to grant the EIA approval.

It appears that the decision not to buy the Gower Farm precipitated their objection to the EIA process.

Khan, the attorney acting for Tshukudu Metals, said that the allegations that the EIA was approved on the basis of false and misleading statements regarding the purchase of Gower’s Farm are not true.  According to Khan, the statement to the DEA had provided three options for an access road to the site of the mine but option they ultimately chose did not include purchasing Farm 110-NL (Gowers’ Farm) for the access road.

The committee also found that the final proposed access road to the mine was outside Gowers’s farm.

Gaolaolwe said that the risk to water in the area was also without merit because a hydrocensus report that the mine compiled had a detailed monitoring plan. “The report indicated that the water will be recycled to reduce pumping of the borehole water and a water treatment plant will be provided on site to provide water,” he said. “The requirements of the Act are fully and adequately addressed.”

The committee also dismissed the farmer’s objections to the impact of the mine on ground water. The committee found that if the impact manifests during mining operations as water is drawn from the aquifer it will be addressed.

“It is only then that through routine monitoring that it will be known which farms will be affected adveserly if any at all,” noted the committee in the judgement.

Regarding allegations that the company failed to consider the impact on a horticulture project on the Gower’s Farm, Khan said that at the time when Tshukudu Metals was conducting an assessment, there were no large-scale irrigation projects being carried out within the project area and so this could not be assessed.

Gaolaolwe also argued that all relevant departments under the ministry of agriculture, including crop production and veterinary services, were represented under the Technical Reference Group (TRG). He corroborated Tshukudu Metals’ claim that there was no crop production in the mine catchment area at the time when the company was conducting its EIA.

According to Gaolaolwe, Gower’s Farm never disclosed crop production during consultations, an averment that amounts to criminality if the information was withheld. “We have no records of environmental clearance for a horticulture project being mentioned,” he said.

Gaolaolwe’s position on the local community is that the Basarwa were addressed in a Cultural and Archaeological Impact report. “Public hearings and meetings were held in Kuke and D’Kar where Basarwa reside. Other consultations were done with workers residing in farms,” he said, adding that the residents were happy that the mine would bring job opportunities to them.

The proposed copper mine surrounds commercial farms along the A3 Highway to Ghanzi.

Ghanzi district is one of Botswana’s biggest beef farming districts. The beef industry is one of the country’s largest job creators. While the mine is expected to create employment opportunities for marginalised communities in Ghanzi and surrounding areas, there are concerns that mining operations can impact the fragile Kgalagadi ecosystem. The Central Kgalagadi Game Reserve is located some 70 kilometres from the mine and the extent of the risk posed by the mine on wildlife is yet to be determined.