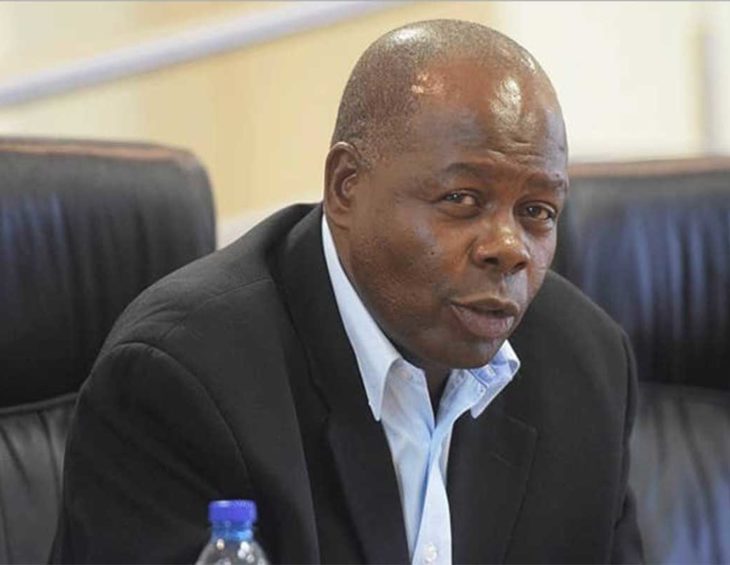 One source told the INK Centre for Investigative Journalism that Brigadier Magosi wanted to monitor the voices of those who disagreed with the investigation.

The DCEC says it has reported the secret recording to the police.

Senior officials of the DIS, the DCEC and the Directorate of Public Prosecutions (DPP) were secretly taped late last year discussing the investigation of Khama in connection with alleged instructions to the Bank of Botswana to shift P100-billion from government coffers to offshore accounts.

The leaked recording, obtained by INK Centre for Investigative Journalism last week, raises fresh questions about the DIS’s surveillance of other state agencies involved in the ongoing inquiry.

Critics have accused the DIS and the DPP of pursuing a political vendetta on behalf of President Mokgweetsi Masisi, who seems hell-bent on discrediting Khama, his predecessor and a bitter political rival.

Even Brigadier Magosi hinted in the lengthy recording that a lot at stake in the ongoing P100 billion probe.

“This is a major case. Welheminah [Maswabi] case is a starter,” Brigadier Magosi told the meeting. “Bigger cases are ahead. If we throw this one away, we would have killed this nation. There is more evidence that is coming that will open so many doors.”

In a statement, the Law Society of Botswana this week called on Tiroyakgosi to resign saying the DPP has resorted to seeking a conviction against Maswabi at all costs.

“All indications are that the DPP has joined the DIS as a rogue state institution that operates outside the rule of law and is driven by political expedience as opposed to any public interest considerations,” said the Law Society.

The society also complained about the role of Elias Mogosi, saying it appears that prosecutions are now driven by the executive arm of government. The PSP had summoned prosecutors and investigators to his office where he ordered them to cooperate in the ongoing case.

Also implicated in the alleged corruption and money-laundering is the former head of the DIS, Isaac Kgosi, Khama’s close friend. The two men are alleged in court papers to have used associates including South African businesswoman Bridgette Motsepe and former intelligence operative, Welheminah Mphoeng Maswabi to funnel the money offshore.

However, the South African banks denied holding accounts to which the money was allegedly laundered, which Maswabi and South African businesswoman Bridgette Motsepe-Radebe were alleged to have co-signed.

Two sources close to the investigation revealed anonymously to INK that Brigadier Magosi asked a senior prosecutor form the Directorate of Public Prosecutions, whose name is known to INK, to secretly record the proceedings as he expected to be late for the meeting.

The source said the DCEC has been isolated in the probe because of its strong view that there is no need to hunt for a basis to accuse Maswabi of money laundering when there is no evidence.

One source said things took a nasty turn on the morning of August 13 last year when former DCEC Director General, Joseph Mathambo, who was overseeing the investigation,  was snubbed by the Director of Public Prosecutions, Stephen Tiroyakgosi after they agreed to meet and discuss the investigation.

“After 45 minutes of waiting in the boardroom, Mathambo stormed out,” the source said. Mathambo refused to comment, directing INK to the DCEC.

The source said the DCEC boss was then summoned to the Office of the President by Permanent Secretary to the President, Elias Magosi, where he found Tiroyakgosi and Brigadier Magosi. The two Magosis are cousins.

The other source added anonymously that after strong word were traded, Elias Magosi threatened to “have Mathambo expelled”.

Thirteen days later Mathambo was dismissed. He returned to the army where re retained his rank as Brigadier.

The meeting came after Brigadier Magosi and Tiroyakgosi complained to Elias that the DCEC head was hiding delicate evidence on the investigation, a claim the DCEC denied in the recording,

The DPP and DIS also challenged the DCEC’s insistence on a “chain of custody”  – a legal process which spells out how evidence in criminal and civil investigations is handled between different parties.

As a result of mistrust in the chain of custody, the source said, the prosecution must prove that all evidence was handled according to a properly documented and unbroken chain.

At the end of the meeting the Elias Magosi is said to have advised the trio to find common ground and share information. It is this nudging that led to the acrimonious meeting in the afternoon of the same day at the DPP’s offices,  attended by about 10 prosecutors, detectives and spies.

Both sources agreed that Brigadier Magosi, expecting to be late for the meeting, asked a senior prosecutor to secretly record the proceedings.

He is heard commenting towards the end of the meeting, which lasted one hour, 22 minutes.

INK was reliably informed that the officer then handed the audio to the DIS boss. The audio is said to have been leaked by one of the four agents who are on suspension following allegations of divulging information on the purchase of the armoured VIP vehicles belonging to the Office of the President.

Though they deny it, INK is reliably informed that the DCEC is on the verge of pressing criminal charges against the officer who works for the DPP.

DCEC spokesperson Lentswe Motshoganetse said the DCEC was not aware that the meeting was being recorded. He said the DCEC does not understand the motive behind the recording and the reasons for leaking it.

“The DCEC does not suspect that the audio was leaked by the DIS,” Motshoganetse said.

DIS spokesperson, Edward Robert said no instruction was given to record the meeting.  He said accusations leveled against Brigadier Magosi that he instructed an officer to record the proceedings were unfounded.

“The director-general is a professional who has been doing his job within the confines of the law,” he said.

DCEC Investigator Lebo Moshasho is heard questioning the credibility of their evidence after its preliminary investigations revealed that some assets linked to Maswabi belonged to government.

For example, a Toyota Fortuner B 637 AOR that was previously believed to belong to Maswabi appeared to be under the ownership of Office of the President while another Nissan Navara with licence plate number B 297 AOH belonged to the Central Transport Organisation.  Maswabi was entitled to use the vehicles because of her job and were not fruits of corruption.