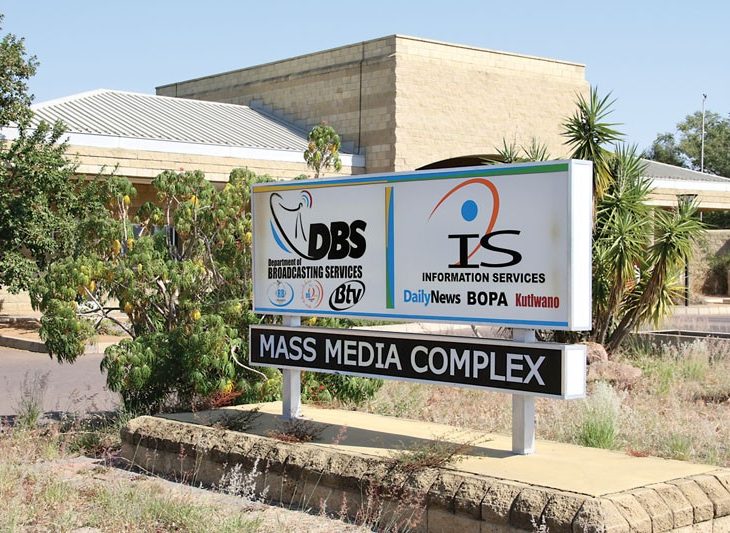 In the scramble for DBS tenders, General Manager (Projects) is at the centre of allegations that he prioritizes cronyism over competitive bidding, writes Calistus Bosaletswe.

A company belonging to an associate at the Department of Broadcasting Services (DBS) appears to have been favoured in the allocation of a series of cosmetic contracts for Botswana Television (BTV) dating back to 2011, and the affinity is raising eyebrows among anxious onlookers within the Mass Media Complex.

Mag and Beauty Studio — a small cosmetic enterprise — is owned by Margaret Oteng, who is married to a shadowy Gaborone businessman, Otsile Oteng.

Both Oteng and Margaret are seen as closely linked to DBS General Manager (Projects), Vusa Ziga. Critics say Ziga played a major behind-the-scenes role in the award of a contract to Oteng at Botswana Television. He denies the allegations and said they are not friends with the family.

The DBS has also given a blanket denial of all the allegations, indicating that it complied with procurement requirements.

But documents seen by INK Centre for Investigative Journalism show that as a senior official at the state-owned television station, Ziga may have had a clandestine role in the allocation of makeup contracts to Mag and Beauty Studio;

INK Centre has obtained a trove of documents detailing a series of awards and extensions of wardrobe and makeup contract exclusively to Mag and Beauty Studio ahead of its competitors in the past decade.

In April 2013, during the second round of a tender evaluation known as tender no: SP/MTC 008/2013-2014 at BTV, Ziga informed Margaret Oteng —  that “no specific structure is required” from them during presentation and that they will have access to a makeup studio all the time during as part of their oral presentation. Ziga was not part of the interview panel. When that did not turn out the way they had expected, Mag and Beauty Studio filed a complaint with DBS claiming to have been duped by Ziga.

“Mr. Ziga…informed us that we could structure presentation in whatever manner we were comfortable with,” reads in complaint letter in part.

Rattled, DBS cancelled the evaluation process and offered Mag and Beauty Studio a three-month contract, paying them over P152 000 a month. Ziga signed the offer letter. DBS said they followed procurement regulations to cancel the process but did not give further details.

Mag and Beauty Studio was also awarded an extension of wardrobe and makeup extension in 2016, after Lemebo [a cosmetic company], questioned the tender process that same year. INK Centre established that Lemebo had raised complaints about irregularities through the PPADB and the procurement board ruled in its favour.  It is not clear why Lemebo withdrew from the bid. Mag and Beauty Studio was allocated the contract worth P4.2 million.

Two sources familiar with the tender at DBS confirmed Ziga’s close ties with the owners of Mag and Beauty Studio, including Margaret. One source said anonymously that Ziga’s family frequently visits Oteng house on weekends.

“They paid for his car,” the source claimed. “He is clearly living beyond his means.” INK Centre could not independently verify the claim.

The other source said Ziga never briefed other bidders prior to presentation for the tender evaluation in 2013, as well as during the 2017 tender process.

“That’s not how it is done,” the source said, pleading not to be named.

Public Procurement and Assert Disposal Board  Executive Chairperson, Elijah Motshedi expressed surprise at the manner in which the Mag and Beauty Studio’s complaint was handled labelling the evaluation process potentially “compromised.”

Procurement malady pervades life at DBS, magnifying a wide problem within the Mass Media Complex. And by some measures, it is getting worse, according to some employees at the department. Otsile Oteng, who is seen as closely linked to the spy agency, the Directorate on Intelligence Services, was also allocated a P1.5 million tender to supply flyaway kits for Radio Botswana through his shadowy company, 5AM. It is not surprising that 5AM was commissioned ahead of 10 other bidders.

Motshedi indicated that procedure dictates that a bidder directs complaints to Ministerial Tender Committee  and PPADB as opposed to BTV and Department of Broadcasting Services.

Giving his personal opinion on the matter and acknowledging that he was not familiar with the wardrobe and make up deal at DBS, the chairman said:

“A company can only be allowed to make any protest about the tender documents which are public not about the process of evaluation.”

Everything was done in a transparent manner – DBS

Defending the commissioning of same company for the cosmetic tender at BTV for over a decade, DBS said its business dealing was conducted over board.

Director, Keitirele Matlhapi said the cosmetic firm was awarded an extension of the contract after the evaluation was suspended following complaints about some procedures during the tender evaluation.

“During evaluation, Mag and Beauty Studio complained about the procedure of the demonstration. This led to the suspension of the evaluation. Since their contract was coming to an end, the department sought approval from MTC [the Ministerial Tender Committee] for an extension of services while the tender was being dealt with through MTC and PPADB,” said Matlhapi. Matlhapi indicated that after the resolution of the Mag and Beauty Studio query, the same studio was awarded the contract worth over P5 million, beating three other bidders in 2014.