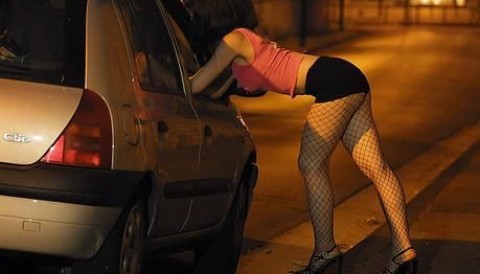 Perils of sex workers in Botswana

Naledi Paledi a sex worker who reside in Gaborone paints a gory picture of violence against sex workers in Botswana that almost left her dead at the hands of a client who had sought service from her.

Her ordeal is similar to a harrowing experience of sex workers catalogued in a report titled “Sex Work and Violence in Botswana”.

A 36 year old Paledi who fell victim of targeted violence against sex workers was almost left dead after a client stabbed her more than 20 times with a sharp screw driver in Gaborone.

“I had known the perpetrator to be someone who was depicting abusive traits because he was my client that I had known for a long time. I agreed to go to his house only for him to start harassing me after I had offered him my service. I had demanded money from him for the service when he started insulting me.

He told me that I was crazy. I am a slut… He hit me with a fist and I fell down. When I tried to stand up he stabbed me with a screw driver. I screamed and he started stabbing me all over my body while he continued yelling at me that he was going to kill me,” said Paledi.

Paledi who migrated to the capital city of Gaborone from a rural village had opted for sex work after she failed to find a job to put food on the table.

She could vividly remember  the incident when the assailant assaulted her, but couldn’t remember how she ended at the hospital bed.

“I found myself at Princess Marina Referral Hospital days after I was stabbed. I think I was unconscious because I don’t know how I arrived at the hospital. I was almost dead with many multiple stabbing all over my body,” said Paledi.

“A paralegal who I have  long established a relationship with came to my rescue when I was admitted at the hospital. She learnt about my ordeal from other sex workers who alerted the organization.”

She hopes her tormentor will be brought to court to face his charges.

“The police have advised me that they will take the matter to court after I recover from injuries that I sustained at the end of 2019.”

She had trauma after the incident and received counseling.

Paledi revealed to INK Centre for Investigative Journalism  that she migrated to Gaborone to look for opportunities only to be introduced to sex work by her friends after spending years searching for work.

“I have been in sex work for six years  and I am able to make a living despite challenges that we face,” she added.

The report was part of a response in curbing violence against sex workers in Southern Africa which was pioneered by Hands Off! Programme, Aids organizations and partners such as Sisonke.

A glance on the report reveals how sex workers in Botswana are going through on daily basis while they ply their trade in the streets.

An extract from a report give a glimpse on violence that are perpetuated even by people who are suppose to protect them.

“It was on the 24th of December 2016. I had a challenge. I went to my usual place for business, at around 7 o’clock. When I got there the police officers approached us and we fled the scene because it was already midnight. I went the wrong way, where there were two police officers who attacked me. They arrested me and I was told to pay P100. I did not have P100 at that time. The police officers then took me into their car.

He told me that since I have no money we should  rather go and have sex. I had sex with that policeman but he did not pay me. I had nowhere to report him after he did not pay me,” said one sex worker.

A 23 years old, Tefo Pilikwe not her real names who has been in business for three years   is a victim of violence that others sex workers have endured. She went into sex work after she failed junior secondary school in 2012.

Like her colleagues, Pilikwe  went through pains and anguish at the hands of a client early this year.

Pilikwe sustained injuries while jumping off a moving vehicle. A client had picked her at a nearby spot in Gaborone where they normally stroll around waiting for customers.

According a report  published in 2017, the 66 percent of sex workers experienced violence in the past 12 months .

The report stated that clients are leading the pack with most physical violence accounting to 40%  while police account to 39% ,community 26% and while other sex workers account to  39%.

It further indicated that clients are leading in sexual violence with 35% ,police 25%, health workers  9% ,community  13% and other sex workers account to  13%.

A paralegal with Sisonke, Gourutwe Mooketsi explained that the two sex workers ordeals is a tip of an iceberg.

“There are more cases that are probably going unreported . I  have been helping sex workers who are harassed on daily basis. I am among paralegals who have been deployed to assist sex workers in five major towns after Sisonke became aware that violence among those communities was rife,’’ she added.

She explained that as a paralegal she has been working with sex workers for more than six years in Gaborone.

“Others  paralegals have been deployed in hot spot areas where violence against sex is rife in places such as Francistown, Palapye and Selebe-Phikwe,” said Mooketsi.

Among those who she says are  perpetrators of violence against sex workers are police officers, community, clients, intimate partners and sex workers themselves.

She explained that at times police arrest them and take their belonging but they never charge them. She indicated that lately police arrested a number of sex workers in a police crackdown on sex workers.

“We have been extending a helping hand to female, male and transgender sex workers countrywide. Other than helping victims we also  refer them for cervical cancer treatment screening, sexual transmitted disease screening, anti retroviral treatment and pre-exposure prophylaxis.

She indicated that her job mostly entails visiting sex workers where they reside and keeping contact with them on continues basis.

Mooketsi further noted that she also distribute condoms to sex workers where they ply their trade.

“When there is an  issue that needs legal attention we refer such cases to lawyers to help sex workers,” added Mooketsi.

Sisonke Executive Director, Tosh Beka who is founding members of the organization with Anna Mmolai Chalmers a former Lesbians, Gays and Bisexuals of Botswana(LEGABIBO) coordinator  and two other sex worker who could not want to be name formed SISONKE with a sole purpose of protecting sex workers right.

Chalmers resigned from LEGABIBO an organization which has been fighting for the rights of  LGBTI community in Botswana.

According to Beka the organization was formed in 2010 and it has been relying from donor funding from AIDSFONDS.

“We deployed paralegals team around the country after they went through training from our lawyers on how to deal with victims of violence against female, male and transgender sex workers.

Since the country was grappling with the increase  of violence against sex workers we saw the need deploy paralegals to help them.

There is a pending case where our members a likely to be charged for sex work and related activities. We are waiting for police charge them . This will help us to litigate,” said Beka.

Beka is pinning her hope on police to charge sex workers a move that could help the organization to litigate and advocate for decriminalization of sex work in Botswana.

A report on titled “Sex Work and Violence in Botswana” state hat legislation in Botswana does not criminalize the selling or buying of sexual services .

It further state that  “Sex work is in effect criminalised by legal provisions that prohibit a wide range of activities associated with sex work such as soliciting clients, public indecency or living on the earnings of sex work,”.