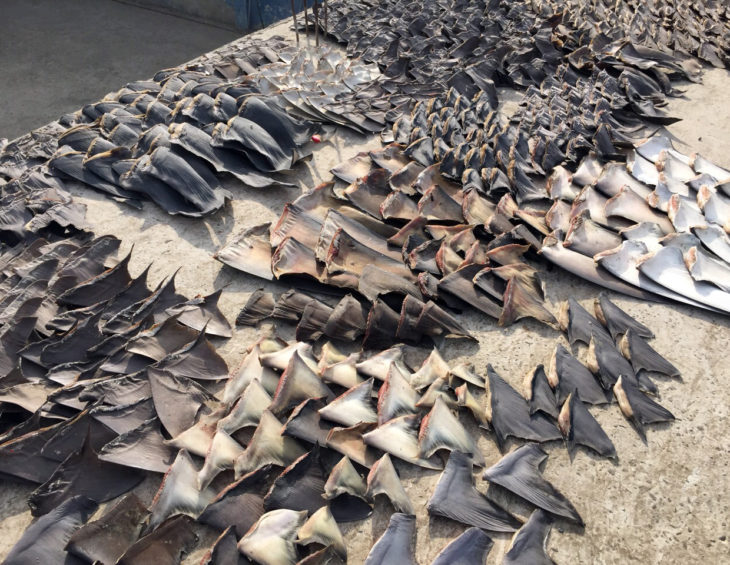 Botswana is landlocked, but is still exporting shark fins

Botswana has no coastline, yet it is still exporting shark fins worth P17 million (R24 million) to neighbouring countries, including South Africa, according to the International Trade Centre (ITC) and the UN’s Comtrade database.

The Botswana government is unable to explain the figures, which reflect shark fin exports in 2018 and some years prior to that.

It has expressed fears that powerful syndicates are using the country as a conduit to smuggle products of shark species listed as endangered by the Convention on International Trade in Endangered Species of Wild Fauna and Flora (CITES), of which Botswana is a signatory.

ITC data show that Botswana is among a number of countries that trade in shark products – an industry worth $1 billion (R17 billion) a year, according to a Food Agriculture Organisation (FAO) report.

As a UN member, Botswana must report its trade statistics to the organisation’s statistics division on an annual basis. According to the data, most of the shark fins are exported to South Africa and Zambia. They are then presumably re-exported, but it is not clear where they originate.

Interestingly, South Africa – which is also required to report its trade figures to the UN – has not recorded these imports, fuelling suspicions of illegal smuggling.

The ITC database shows that the fins are dried, smoked or preserved in brine. They are used as the main ingredient in shark fin soup, a traditional Chinese delicacy.

Shark finning is a gruesome process which involves slicing the fins off live sharks and tossing the wounded fish overboard, where they sink to the bottom of the sea. There, unable to swim and extract oxygen from water passing over their gills, they either suffocate, die of blood loss or are eaten by other predators.

The FAO report lists South Africa as one of the countries that imported shark fins from Japan, the world’s seventh-largest exporter of this commodity to the value of $8.8 million between 2000 and 2011.

“It’s shocking that in 2015, Botswana was second only to Brazil in terms of shark fin exports. We don’t really know how that happened,” he said.

Batshabang suggested that the shark fins appearing in the ITC database might have been re-exported by smugglers, but added that errors in capturing the data might also be responsible for their listing.

He pointed out that some of the goods Botswana exported to South Africa under the heading of “shark fins, harmonised system, code 030571” in 2019 were found to be a different product.

“After a tip-off, we started verifying information about the exports with experts. A number of companies that were suspected of being involved were questioned,” Batshabang said.

“One of the companies suspected of being involved in clearing the goods revealed that the products included dried mopane worms and tinned fish.”

Batshabang disputed suggestions that Botswana was a conduit for the export of shark fins because of its lax legislation regarding the smuggling of wildlife products.

“We’re a member of CITES and subscribe to its procedures. If companies want to trade in products of regulated animals like sharks, they’re required to obtain import and export permits,” he explained.

He said the Botswana government was still investigating the matter.

This story was produced in collaboration with Oxpeckers Center for Investigative Environmental Journalism.