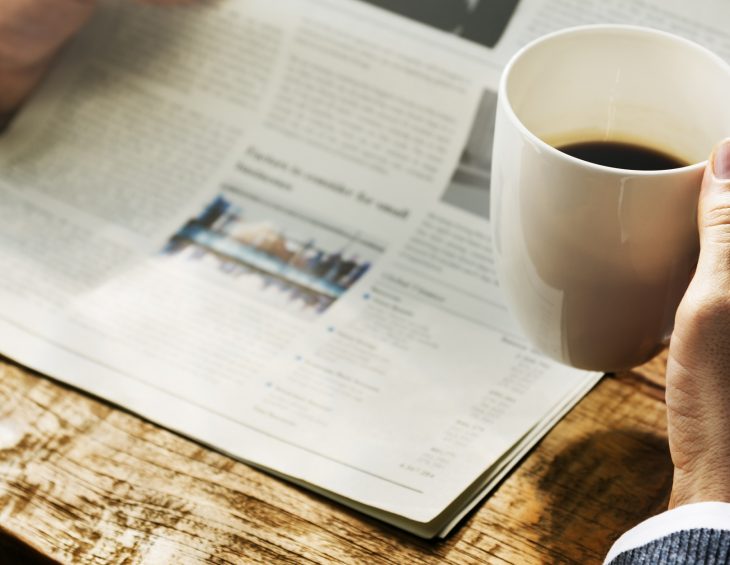 Coronavirus may just be the end for many newspapers

Like the elderly and those with weak immune systems, the newspapers are vulnerable to Covid-19, argues NTIBINYANE NTIBINYANE.

The coronavirus story is big. From the perspective of news, the outbreak of the virus is one of the biggest stories in modern history. The virus has ravaged the world, infected millions of people and killed tens of thousands of people. It has divided opinions and in pursuit of strategy, it has pitted politicians against each other. For news organizations, the virus has sparked unprecedented interest and demand for news. Yet, it might also put the nail in the coffin of the already struggling newspaper industry worldwide. Health experts warn the elderly, those with underlying health conditions and those with weak immune systems are susceptible to catching the virus. With the dwindling immune system of newspapers, it goes without saying that newspapers may not survive the wrath of virus.

How has coronavirus affected newspapers in Africa? A lot. With most African countries under lockdowns, shelter in place recommendations, curfews, and state of emergencies, the daily and weekly production patterns of newspapers have been disrupted. Fewer and fewer newspapers are published during this time of crisis. This can only mean that with people unable to get out of their homes to buy newspapers, and with advertising revenue falling precipitously, the newspaper industry on the continent is staring death in the face.

I have prepared a few thoughts and predictions. They are based on ‘my personal interactions’ with media workers and editors and advertising executives from Botswana – my home country, Zimbabwe, Cameroon, South Africa, Namibia, Malawi, Uganda, Tanzania, Kenya, and Nigeria. And yes, I could be wrong. Again, this is not an academic analysis.

Now the question is what should be done? In my view the industry leaders are faced with tough choices in the next coming months. First, they can let the newspapers die natural death. Second, they can save journalism through online platforms and innovation. Third, they can lobby their governments for bailouts and financial supports.

In the past few days, I have asked my journalist and editor friends this question, is it the right time to let newspapers die? Not a single person I talked to entertain the idea of letting newspapers die. It is understandable. Most of them are newspaper journalists and editors. For many, life without newspapers is unimaginable. Newspapers, they say offer what other mediums cannot offer. In most Africa countries, newspapers are at the forefront of accountability journalism than TV and Radio. This is true. Well, to a certain extent. What these reporters are not willing to admit is that fewer and fewer people are reading newspapers. Readers and advertisers are deserting print in record numbers. And that the internet is killing newspapers. Sadly, there is no strategy on the horizon to save print from collapse. Post-Coronavirus we should let newspapers die a slow and painful death and move on to other platforms. Time to move on guys, the party is over.

While newspapers die a slow and painful death in their little corners, efforts should be made to save journalism. Democracy cannot function without journalism acting as watchdog. Society as some often say is getting tired of newspapers but very much interested in journalism. To sustain post-Coronavirus journalism, African media houses should invest energies in transitioning from print to online publishing. Elsewhere around the world, some newspapers are already publishing online and reaping the rewards of a well thought out strategy. Some of the journalists I talked to are skeptical about this suggestion. They still think that print can be magically saved. They argue that with about 30% of Africans without access to the internet, online publishing will exclude those without access. They make a point that rural Africa is still struggling with issues of broadband hence expensive data and electricity. They also argue, rightly so, that it is almost impossible to make money online. But my problem with this thinking is that the number of people with access to the internet on the continent is not static. For example, in 2010, about 10% of the population had access to internet. A decade later the number has tripled. Assuming this is the trend, (and it is the trend) more Africans will have access to the internet in 2030 than those without access. So, newspaper industry leaders should peek into the future and find ways to save journalism through innovation and creativity.

Some newspaper workers are already suggesting governments should intervene and bailout struggling newspapers post-covid-19. Some are already pointing to the Canadian government 2019 bailout of local media outlets. The $595 million bailout was used to subsidize staff salaries and support nonprofit organizations. I am skeptical about government bailout plan for African media outlets. Perceptions of bias become stronger when governments start using subsidies to rescue media houses. Those considered friendly, are likely to enjoy greater benefit at the expense of the most critical ones.  Also, a bailout from the government, in particular the executive, has a direct bearing on the independence of the media and threatens press freedom and free speech.  Experts also argue that by funding journalists with ‘public funds and turning every journalist into quasi-public servant undermines innovation and creativity’. I am not saying this cannot be done, but the support should come only when there are clear statutory safeguards against interference. But again, why should the government pump tax money on a failing model? Here is my suggestion. Post-covid-19, media outlets, particularly newspapers should look for more sustainable indirect public funding option. Indirect? What does this mean? Support from the government should be in form of tax-breaks, such as exemption from Value Added Tax. Newspapers should also push for reduced tariffs for internet, telecommunications, electricity, water and paper. Another indirect public funding option is for governments to shutdown commercial aspects of state-owned media and allow independent newspapers to compete amongst themselves and not with state-controlled papers. Why should the Times of Zambia a well-funded state propaganda tool competes for advertisement with Diggers – an independent newspaper? It doesn’t make sense. Will these proposals be enough to save the newspaper industry? I doubt. But they can buy time and slow the inevitable death.

In conclusion, I am not a prophet of doom, but the truth is the prognosis is not looking good. Newspapers are on ‘financial ventilators’. Even before the Coronavirus outbreak, the writing was already on the wall. Newspapers were bleeding money. The traditional business model was collapsing. The virus is only expediting the inevitable death. Indeed, not all newspapers will kick the bucket, but I predict most will cease to exist in printed form, and some will disappear from the face of the earth. It’s a given. The saving grace is innovation and creativity – but they are in short supply.