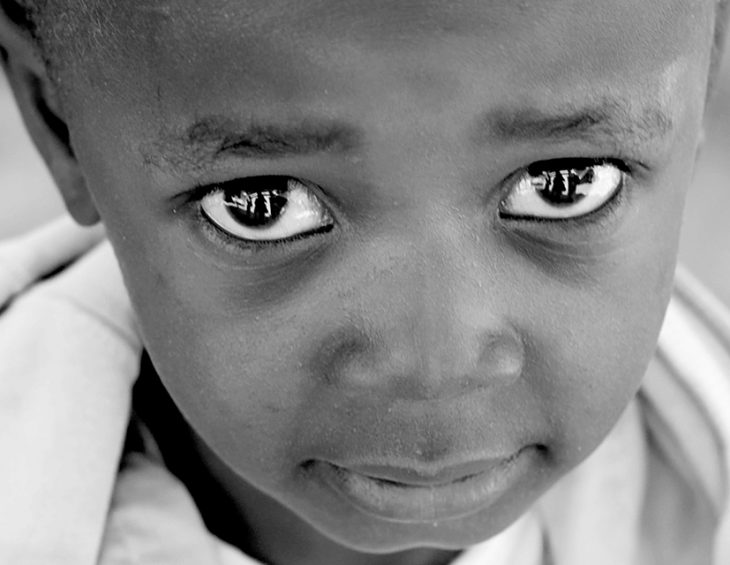 Activists fear Botswana is increasingly becoming a haven for paedophiles and the sexual grooming of children because the government is failing to implement its own laws on the protection of the young. Their legal rights are minimal and the judicial system is failing to protect them.

According to Child Rights International Network (CRIN), Botswana ranked 135th out of 197 countries in its global ranking on access to justice for children – how it treats them in legal proceedings and the legal and practical means available to challenge violations of their rights.

Of a possible score of 261, it registered 40.2. CRIN pointed out that the country has been widely criticised for continuing to enshrine the legality of life imprisonment and flogging as criminal sentences for children.

The government has endorsed the United Nations Convention on the Rights of the Child by enacting a Children’s Act that enshrines children’s rights in 2009. However, activists complain that child protection is not a priority in the country.

They also say that the government does not account fully to international bodies, despite its formal commitments.

A confidential report submitted by ECPAT International – a worldwide network of organisations working to end the sexual exploitation of children – to the UN Committee on the Rights of the Child in 2018 says there is limited data on violence against children in Botswana.

The report suggests cases of abuse go unreported and that the scale of the problem is far greater than reflected in police and other government statistics.

“Police data are often incomplete and limited, and many cases go unreported for fear of stigmatisation. Most are ‘hidden’ in an attempt to preserve the family’s social status and integrity,” reads the report.

Chirwa Mahloko, a human rights adviser at the outreach programme Stepping Stones International, observes that child sexual abuse and sexually transmitted infection is a growing public health problem in Botswana, compounded in rural areas by the failure to manage cases and put in place preventative measures.

Prevention initiatives should take on additional importance in poorer settings where resources for managing abused children are severely limited, but critics say this is not the case.

Mahloko said shortcomings include further victimisation of victims of child abuse, a legal system that is unfriendly to children, and the lack of safe and supportive shelters for victims.

He said that the number of cases of child sex abuse is increasing.

“There is a need now, more than ever before, for the government to come up with stringent laws that will be thoroughly implemented to protect children against all forms of abuse, including in their homes.”

At a meeting between civil society and MPs in Gaborone last month, child rights activists complained that the national budget does not support the implementation of laws that protect children.

Among those represented at the meeting were Childline Botswana, the National Children’s Council, the Botswana Council of Non-Governmental Organisations and Stepping Stones International.

They pleaded with parliament to pass a child-friendly budget that supports efforts to protect children’s rights. According to Matlhoko, funds allocated for the protection of children are so paltry that it is almost impossible to implement the Children’s Act.

Mathloko said that children’s rights can only become a reality if politicians and the government take their needs more seriously. Significantly, MPs from the ruling Botswana Democratic Party did not attend the meeting.

The Children’s Act calls for the registration of child sexual offenders, but this provision is not acted on. As a result, offenders are often able to work in the same environment as children on being released from prison.

Responding to questions, spokesperson for the ministry of local government and rural development, Masego Ramakgadi, said that although the child protection mandate is coordinated by his ministry, it is also implemented by other government ministries and civil society, with the support of development partners and the private sector.

“We have, however… acknowledged the need to have a child-specific budget. To this end, we are engaging with our partners to come up with budget briefs which will assist in prioritisation of programmes in the allocation of scarce fiscal resources, with much better monitoring and evaluation,” he said.

“This will enable impact analysis and subsequent acknowledgement that investment choices are needed between competing spending demands.”

Media reports suggest a growing incidence of offences and highlight the failure of the legislation.

In January 2020, it was reported that a Standard 2 (Grade 4) pupil was raped by an alleged sex offender whose house is located next to her school.

The Children’s Act provides for repeat offenders to be placed on an offenders’ register and barred from further contact with children.

Sex with underage girls and boys has been linked to teenage pregnancies and the spread of sexually transmitted diseases among Botswana’s youth.

In November 2017, the Sunday Standard reported that a 10-year-old girl had become the youngest mother in Botswana.

The former minister of gender affairs, Edwin Batshu, revealed at the 2017 launch of 16 Days of Activism against Gender-based Violence that 728 births involving mothers aged 16 years and below had taken place over the previous 22 months.

In 2018, Parliament passed the Penal Code Amendment Bill, which raised the age of consent from 16 to 18 years, with the aim of addressing sexual abuse, indecent assault and abduction.

A 2017 study by Childline Botswana found that local cultural practices, beliefs, customs and socialisation relating to children’s rights are a major impediment to the enforcement of the Children’s Act.

“In the Setswana and indeed many African cultures, children hardly have… distinguished and substantive rights. Usually, their rights are exercised as an extension of someone else’s status, for example, parents and guardians,” it said.

Statistics on child abuse are hard to find in Botswana. Scholars comment that the abuser is often a key authority figure in a child’s life – such as a father or teacher – that the child is unwilling to turn against. The victim’s shame and fear, and lack of trust in the authorities, are also factors.

Despite the public outcry, Botswana’s police stations do not have victim-friendly spaces where victims can report cases without further victimisation.

Other African countries are ahead of Botswana in child protection. In Zimbabwe, for example, a “victim-friendly system” has been introduced to ensure the protection and active participation of survivors in the criminal justice system.

This multi-sectoral approach to offering welfare and judicial services to survivors of sexual violence and abuse was initiated by the government and women’s and children’s rights activists in the early 1990s.

“Because there is no safe environment for victims of sexual abuse, especially children, in Botswana, a lot of people are discouraged from reporting these cases for fear of traumatising the child,” Mahloko said.

Motshwari Kitso, the national director of SOS Children’s Village, pointed out that the Children’s Act stipulates that there should be a dedicated environment, starting with the police stations, where children can feel safe in reporting abuse.

“Unfortunately, our courts and police stations are not child-friendly. These are special cases that need to be handled differently. Children should be made to feel safe and protected to come forward,” Kitso said.

He called for measures such as child-friendly courts, child protection centres in police stations, and the designation of certain specialised magistrates to cases involving children.

He noted that the act contains such provisions, but that they are not implemented.

“When you look at the national budget, it also doesn’t support efforts to implement [these proposed changes]. That is why we engaged MPs to try and debate the budget’s provisions for the Children’s Act.

“As long as there is no political will to protect children and hold people accountable, our children are not safe,” he said.

In some other countries, child victims of sexual abuse are shielded from further trauma when they testify in court, including by being placed in a different room with a psychologist to prevent intimidation by the accused.

According to a 2018 paper by social work scholars Kabo Diraditsile and Morena Rankopo of the University of Botswana, child sexual abuse, particularly of girls, is a widespread and growing problem because of Botswana’s worsening socioeconomic conditions.

They argue the enforcement of a code of conduct for teachers has not been effective, despite the fact that sexual abuse of scholars by teachers is a serious problem, and that traumatised children often fail to complete their studies.

It also reports that some teachers impregnate students and that there are very few resulting disciplinary cases.

“Child sexual abuse is a social problem that calls for concerted efforts from all sectors of the society,” the report says.