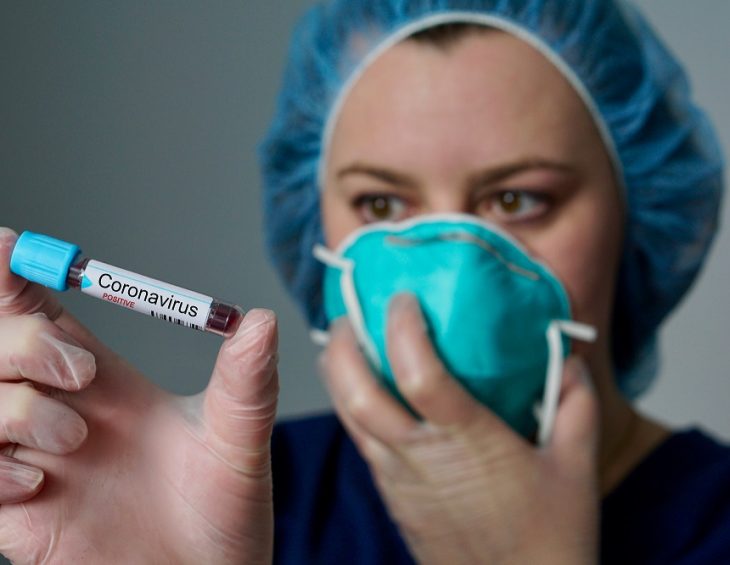 As Covid-19 is spreading rapidly across the world: Botswana looks unprepared

Botswana’s decentralized authority, poor health care and skimpy safety-net will all make the coronavirus response harder to deal with. The uncertainty is high, according to health officials. KAGO KOMANE reports.

On Thursday night President Mokgweetsi Masisi sought to reassure the nation that efforts are underway to mitigate the potential impact of the Covid-19 virus in the country. But senior health officials in his administration are questioning Botswana’s preparedness to deal with the pandemic, INK Centre for Investigative Journalism has established.

At the heart of the officers’ concerns is that there is an acute shortage of protective gear and equipment to deal with the virus. This week the Ministry of Health and Wellness announced that the government has procured testing kits, but failed to give the number of the kits at their disposal.

So far, there are 130,000 Covid-19 cases worldwide and the number of deaths is over 5000 according to the latest World Health Organization.

This week a senior government health official tells INK Centre the government is engaged in a public relations gimmick when it claims to be prepared to deal with the looming health crisis. “The truth is we have not been taking this virus seriously since the outbreak in 2019,” says the officer. “It is now that we are running around to prepare for what might happen, but still we are unprepared.”

Currently, Botswana does not have the capacity to test for the virus. Suspected cases are sent to South Africa as they still don’t have any test kits equipment required. On Thursday President Masisi told the nation that the country’s National Health Laboratory was being capacitated to be able to process 50 to 150 specimens per day. He, however, did not indicate when the laboratory will be ready to offer the service.

In the meantime health officials say, should Botswana record Covid-19 cases in foreseeable future patients will most likely be sent to South Africa or die due to lack of unpreparedness. It is doubtful that South Africa, one of the most hard-hit countries in Africa will be prepared to accept Covid-19 patients in the country. Medically, Botswana has no recovery plan for patients, sources say.

“In short, a disaster is brewing,” says the officer.

Besides the testing kits, health officials do not have enough protective clothing to deal with the virus. In February this year WHO donated Personal Protective Equipment kits (PPE) to the government of Botswana, but that is far from being enough about the sources. Almost all the health facilities designated as isolation management centers in the country do not have PPE kits.

Sources explained that because there are few specialists in the areas of disease outbreaks such as Coronaviruses, there is confusion as to who should do what. This, sources say has created a situation where public health specialists are now leading a national conversation about Coronavirus.

Concerns of the shortage of equipment in the country have been confirmed by MoHW Permanent Secretary, Solomon Sekwakwa. He indicated that there is ‘dire shortage of protective gear and equipment needed to manage the Coronavirus in the country’. Even more concerning, Sekwakwa says is the fact that the government is unable to purchase the necessary equipment from manufacturers.

“We do not have everything we need at the moment because there is nowhere we can buy the equipment,” he says. China, the biggest producer of the medical equipment needed in the fight against the virus has stopped manufacturing the equipment because people are not allowed to go to work, he says. “Other countries whom we could have purchased from, have also stopped exporting the equipment and keeping it for themselves,” he says.

The few equipment (PPE kits) they have, he says was a donation from the World Health Organisation (WHO), which is still not enough. He said a decision was reached to at least place all the equipment they have at Sir Ketumile Masire Teaching Hospital, which has been identified as one of the major isolation facilities in the country.

Last month, Botswana had five (5) suspected cases of Coronavirus presenting with flu-like symptoms. All the five suspected cases entered the country through Sir Seretse Khama International Airport (SKIA) and were later confirmed to have been negative.

The ministry has since set up screening that uses infrared thermometers and other measures to help in early detection and management of the virus at entry points.

Last month, WHO Chief Tedros Adhanom Ghebreyesus said they were more concerned about countries that are poor and ill-equipped to deal with such a deadly virus. “Our greatest concern is the potential for the virus to spread to countries with weaker health systems,” he said.

This week members of the hospitality industry held a press conference in Gaborone to share how the virus is affecting business. They said they already have seen cancellations ahead of the upcoming peak tourism season. Hospitality and Tourism Association of Botswana CEO, Lily Rakorong explained that arrivals at hotels, lodges, mobile safaris, guest houses, travel agencies, and tour operators have also gone down

Officials in other countries like the United States are closing schools, businesses and public events are canceled in an attempt to contain the outbreak. The MoHW has also advised caution to travelers and disseminated information on precautions to be taken to prevent contact with the virus.

WHO Representative in Botswana Moagi Gaborone says they have received a request from the MoHW to assist with the procurement of more equipment. He, however, explained that they are still looking into it as they are giving priority to countries that are already affected by the virus.

“We help where we can but at the moment the priority is given to affected countries and Botswana is not one of those countries,” he said.