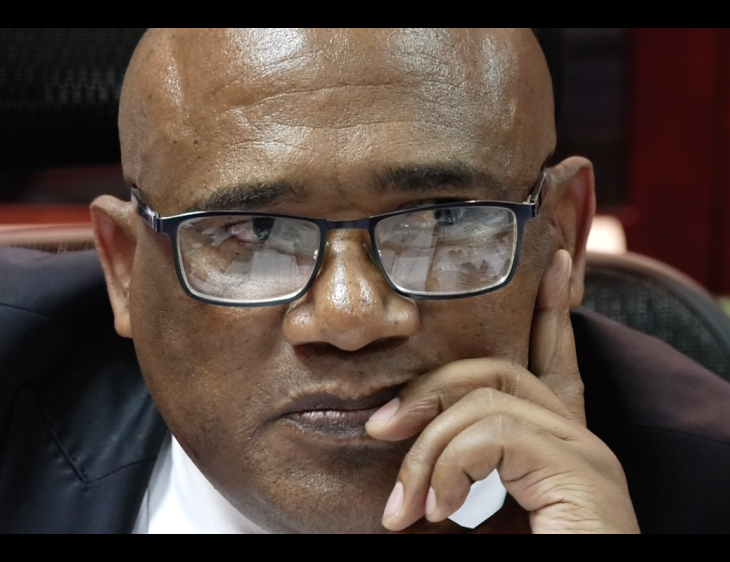 A furious row has erupted at the cash-strapped University of Botswana over the vice -chancellor, Professor David Norris, who is accused of purging staff “who differ with him” and riding roughshod over tender procedures.

Norris denied the allegations, but said he had to take drastic action because of endemic corruption and the waste of resources at the university.

In an interview, he said that he had succeeded in reducing the university’s losses from P230-million a year when he was appointed in 2017 to P83-million last year.

“I moved to save the university from collapse,” he said.

Currently seven senior staff members are on suspension. All three deputy vice-chancellors have been in acting positions over more than 12 months, potentially violating section 3.8.1 of the university’s general conditions of service, which states that the “university may appoint persons on temporary contracts of employment of less than 12 months duration”.

He replaced Professor Thabo Fako as VC of the University of Botswana in 2017.

Disgruntled staff members, who asked to remain anonymous, told INK Centre for Investigative Journalism that Norris has been conducting a witch-hunt against senior members of staff and has instilled a climate of fear.

They referred to the cases of four senior staffers who had either been on suspension for many months, or had been suspended and then reinstated by the university and or the university council:


• The director of academic services, Motsei Rapelana, who was suspended in May this year without charge but was expected to return to work early next year after the university revoked her suspension as the investigations could not establish wrongdoing on her part.

• Deputy vice chancellor Nlanda, who was charged in October for several charges linked to poor performance is yet to know his fate. He was suspended in April this year.

• Ratsela Mooketsi, director of IT, who was reinstated recently after he was suspended for months without charge.

• Professor Joseph Mbaiwa, a respected tourism expert at the Okavango Research Institute who was relieved of his position as director. He appealed to the university council and was reinstated.

Norris denied accusations of a purge, but said a new broom is needed if the university is to improve its reputation.

The university is ranked 35 in Africa. However, Norris said there is an opportunity to restructure the institution and fight corruption.

He said the appointment of deputies has been delayed by the prolonged absence of a university council after its contract ended in 2018, adding that the suspensions had taken too long to resolve. “We need to move faster,” he said.

Staff members who did not add value to the institution would have go, Norris said.

“Of 13 professors who were on post-retirement contracts, we only approved six,” he added.

Also at issue is Norris’s role in the awarding of tenders for maintenance of equipment at the faculty of science and IT department. His critics accuse him of meddling in every tender at the university, and of favouring his “cronies”.

He did not deny taking a direct role in tendering, but said this was because “people are not doing their job” and that he is trying to save the university from collapse.

Those who complain about his leadership style, he says, are frustrated because he is fighting corruption.

“When you stop the taps [of corruption], people are rattled.”

There is particular controversy over Norris’s decision to directly appoint Nexim Solutions, an ICT company, to carry out an internal audit of the university’s “dysfunctional IT system”.

He argued that Sais Limited, an ICT company which was awarded a tender in 2012 to install the P55 million high-tech database system, did a shoddy job.

Despite this, the university continued to pay Sais more than P3-million annually for servicing the database system called Enterprise Resource Planning (ERP).

Sais said it has no comment on the accusation.

Critics charge that the institution has more than 80 IT experts who could be trained to service its IT infrastructure.

The Botswana Gazette newspaper has alleged that Sais was potentially favoured in the ERP tender in 2016 before Norris joined the university.

“Before the tender specifics were drafted, Sais Ltd invited the university’s IT directors to view their Oracle-based server systems,” the newspaper reported recently.

Sais is said to have later won the P40-million tender, beating ROI Limited.

Norris responded that after being appointed, he moved in “to save the university.

“I brought in Nexim because you have to get somebody you know is accredited to do the ERP system.”

Nexim is understood to have been paid around P1-million for auditing the university’s ERP system. The company is owned by Moses Moloi a former University of Botswana computer science student with knowledge of Oracle solutions.

Norris insisted that the institution’s tender regulations allow the vice-chancellor “under special circumstances” to make a direct appointments.

However, inspection of the university’s tender procedures and regulations shows that the VC has no power to directly appoint service providers. He or she can only instruct a senior officer in his office to write to the business services department justifying the urgency of the award.

Staff members claimed that Norris justified the emergency to business services after the tender has already been awarded to Nexim.

INK has learned that, as a result, Norris is under investigation by the university council for his involvement in direct appointment of Nexim Solutions.

In another incident, Norris is alleged to have directly appointed an undisclosed South African firm to maintain 50 microscopes in the faculties of science and faculty of health sciences.

Norris responded that he had made a saving of P2-million by stopping the deal.

“There was no tender. I contacted them because our people are failing,” he said. The university refused to disclose the name of the South African firm that maintained its microscopes. When asked to clarify Norris responded angrily in a WhatsApp message saying INK reporters have been sponsored by his detractors.

The university paid the South African company P160 000 for maintenance. Norris said the university had decided to purchase new microscopes at an average cost of P25 000 a piece.

Norris also said he had contacted a South African operation to repair campus surveillance cameras. “I contacted a guy called Andrei,” he said without clarifying. “I identified people who can fix them. My job is just to identify people.”

An officer in the department of health sciences who picked up the phone said the tender for the maintenance of surveillance camera has not been awarded.

Norris said he had referred some of the corruption cases to the Directorate of Corruption and Economic Crime.

His critics have alleged that certain tenders have been awarded to his “cronies”. However, they provided no evidence that companies directly appointed by Norris were owned or managed by his friends.

In another development, the Gaborone Town Council has written to the university instructing it to suspend the construction of two electronic advertisement boards on the campus.

The council complained that the university had violated the Town and City Planning Act because it did not seek a permit. The council had not responded to questions sent to them two weeks ago.

In response, the university public affairs office told INK that the construction of the billboards was a turnkey project and was awarded to a Chinese company, Ideal Deal, which was responsible for applying for permission to develop.

University sources linked Norris to Ideal Deal director, Biao Zhou, saying he might have influenced the outcome of the tender.

They say Zhou previously worked with Norris and gifted him a Huawei phone. Norris denied the allegations, saying he met Zhou after he queried the tender price. Zhou was not available for comment. One of Ideal Deal employees, Tefo Phatshwane said Ideal Deal has been doing things above board.

Norris said he is infuriated that he is being accused of a conflict of interest because staff hate him for intercepting procurement fraud.

“I was told that one electronic billboard is worth P790 000. Then I found that the cost was something like P3.9-million. I said no.”

He claimed that campus services and business services offices at the university may have deliberately inflated the price.

“I called Reginald Molefe Frank [director of campus services] and asked him why? He fumbled and said the Ideal Deal quote and bid prices differ. That is when I called Zhou to verify prices.”

“The Chinese man came here. He was surprised by the P3.9-million,” said. Norris.

Frank denied trying to defraud the university and said there was a mistake in the quotations.

“We made a mistake and quoted each board at P1.8 million. I told Norris,” he said.