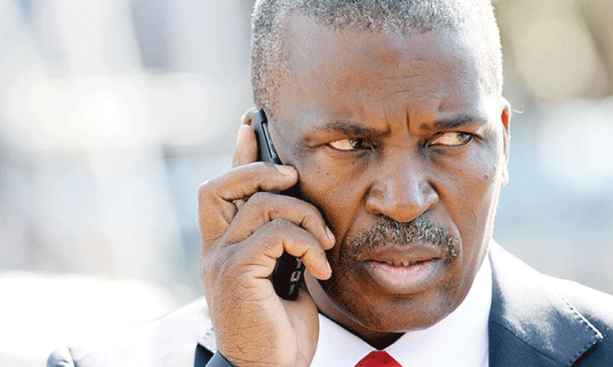 INK reporters
A South African businessman accused by Botswana prosecutors of allegedly funneling tax-payers money out of the country’s central bank to offshore banks said he is being framed by a country that has turned into a banana republic.

Khama and Motsepe-Radebe have said that allegations against them are not true. Kgosi could not be reached for comment.

Kgomotso Prince Mokgatlha, of Bassonia Estate in Johannesburg, is accused [in an affidavit filed by the state in the prosecution of intelligence operative, Welheminah Mphoeng Maswabi] of partnering with Kgosi in a company that allegedly received multi million dollars from Botswana.

Maswabi also known as Lady Wonder and Lorato Hilton is also facing charges of money-laundering and altering her identity in connection with the alleged transfer. The 46-year old is also facing vaguely defined and unexplained charges of financing terrorism.

Mokgatlha said he is a sole signatory of Kgetha Pty Ltd and that he has never met Kgosi or Maswabi. Prosecutors however argue in court papers that Kgosi became a signatory of Kgetha on the 12th of February 2019 with the help of a banker known as Mpule Konopi at Standard Bank. Prosecutors further say Kgetha’s account No. 200904299 was credited with $48 million on the 21st of February 2019.

“I wish I had that amount. I don’t know how my name ended up in those documents,” Mokgatlha told INK Centre for Investigative Journalism.

“This is a case of having your account cloned,” he said, without elaborating.

“They were clueless. First they gave me a wrong account number,” he says, arguing further that there is no how that amount of money could have been cleared to his account without the South African Reserve Bank knowing about it.

“My account does not have CFC (Customer Foreign Currency) account. Legally all this will not suffice. I found your guys wanting.”

He also took the matter into his hands.

“I also went to inquire at Forex (Foreign Exchange department at Standard Bank) about the alleged money. They said I don’t have $48 million. There is nowhere Kgosi could have signed in my account.”

Just to be on the safe side, he will never set foot in Botswana even if his name could be cleared.

“Your country is nothing but a headache. I have declared myself persona non grata. He finds the current leadership immature and vindictive.

The state cites internal documents from Bank of Botswana that detail 60 transactions between 2008 and 2019 involving more than 12 offshore accounts.

The documents allegedly show that Khama and Kgosi funneled more than $400-million to countries including Indonesia, South Africa, Britain, Scotland, the United States and Hong Kong with Maswabi’s help.

The Bank of Botswana Act does not permit a president to interfere with business of the reserve bank.

According to the court papers, Motsepe is linked to the South African-registered Blue Files Inc and another company, Fire Files Inc, in which she is a business partner with Maswabi, Debbie Brown Charles Van De Walt and Lucky Phume.

Not all of those involved in the scheme have been identified, and law enforcement officials told the INK Centre for Investigative Journalism they believe the real total may be as high as $10-billion.

The court case could be seen as further a round in the intensifying struggle between Khama and his hand-picked successor as president, Mogweetsi Masisi.

One of Masisi’s first acts as president was to sack Kgosi as intelligence chief.

Maswabi is said to had a sexual relationship with Kgosi by prosecutors. Court documents says she has over $390-million in several offshore accounts, a claim she denies.