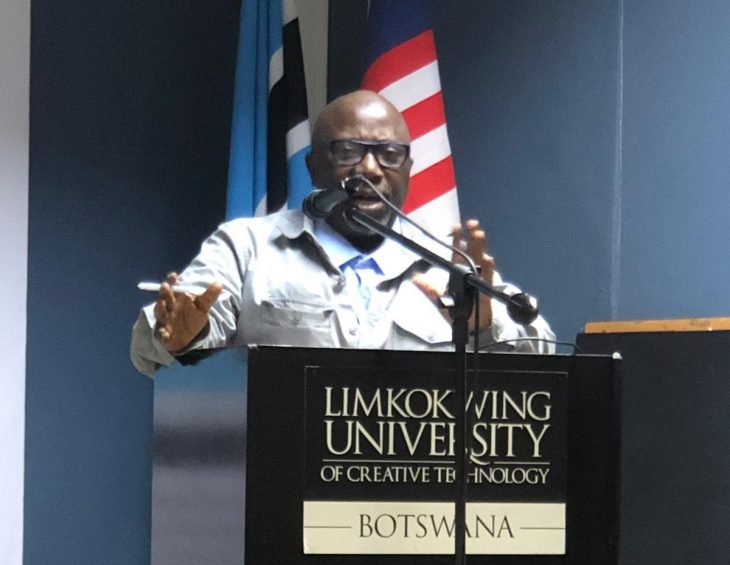 Journalism is under attack and journalists need to defend the truth as well as combat the spread of fake news and disinformation that has become a commonplace, top Nigerian investigative journalist said.

Dapo Olorunyomi was speaking at a public lecture on Truth and Accuracy at Limkokwing University of Creative Technology in Botswana’s capital Gaborone. Olorunyomi is director and publisher of Premium Times, Nigeria’s largest digital news platform. He also heads Premium Times Centre for Investigative Journalism as well as a fact checking unit and a data journalism unit. He said news gathering skills have changed over the years as such journalists should embrace new skills if they are to remain relevant. Olorunyomi said journalism students should be more enterprising and know that in their pursuit to defend the truth, they should come up with innovative ideas to tell stories and monetize them. He also advised students to embrace fact checking because “facts are under assault” and journalism needs to fight against the proliferation of fake news. As an investigative journalist, Olorunyomi has fought repression in Nigeria during the country’s military rule in the 90s. He implored journalism students to remain true to the core values of the profession saying accuracy and truthfulness remain the most important factors in journalism.

“If you make one claim in journalism, it has to be verifiable,” Olorunyomi said, adding further that the more accurate a journalist is, the higher the currency of their journalism.

He emphasized the importance of using data driven journalism to tell compelling stories. He said data helps define trends and make stories clearer. Data journalism has taken root in Africa at a time when journalism is “under assault.” For that reason, journalism needs to fight against the proliferation of fake news. However, he noted that the field requires highly trained individuals because of need to understand how data is collected analysed, cleaned and packaged. He said data journalism and visualization of stories help provide insight to complex and sometimes dry stories.

“The communicative power of data journalism is so unprecedented and is one of the values that come at our time and has received greatest interest,” Olorunyomi said.