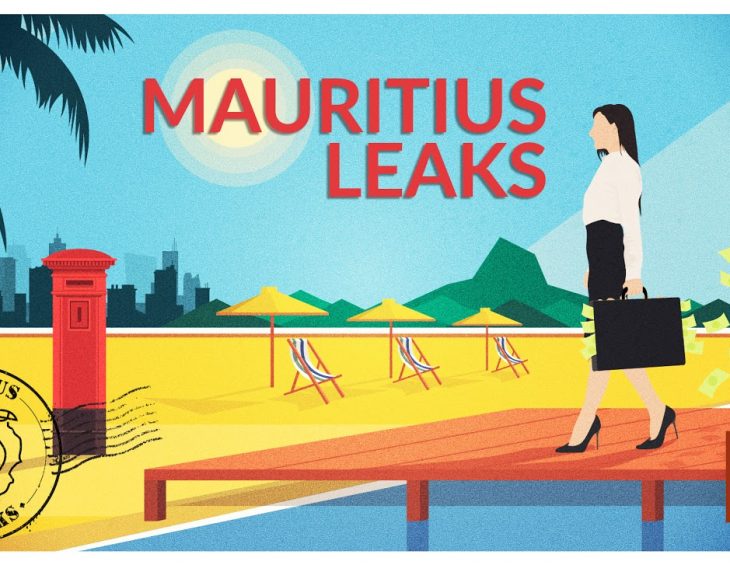 A Mauritius-based shell company existing only on paper – with no employees, office or business activity – received a substantial amount of money as payment from the government of Botswana. But how did the government pay a shell company millions of pula in what appears to be a classic case of tax avoidance?

On April 10, 2015, a Mauritius-based shell company existing only on paper – with no employees, office or business activity – received a substantial amount of money as payment from the government of Botswana.

The money, $495 642.17 (approximately P5 million), was likely the largest payment the company received in 2015, according to its detailed HSBC Mauritius bank account.

In July 2015, three months after receiving this payment, the company sent a bill of $292 978.85 (P3 million) to the Department of Surveys and Mapping. The billing description read, ‘Second year of a Three-Year Enterprise License Agreement (ELA) Contract – BALANCE OF PAYMENT’. The invoice instructions clearly stated that the money should be deposited into the shell company’s HSBC bank account in Mauritius.

While the purpose of the first large payment was unclear, the company appears to have received millions of pula from Botswana since its 2012 incorporation in the tax haven of Mauritius. According to documents seen by INK Centre for Investigative Journalism, the company, Esri Southern Africa, offers ‘sales, support and maintenance of Esri Software GIS products. In addition, documents like invoices and bank statements show the Botswana government and state-owned companies are its major clients. Esri Inc, Esri Southern Africa’s main trading partner is the world largest supplier of geographic information software. According to Geospatial- Solutions, Esri has a 43 percent share in the geographic information system (GIS) market worldwide. Its technology is used by more than 350,000 organizations around the globe, including more than two-thirds of the Fortune 500.

The documents about the operations of Esri Southern Africa are contained on a trove of more than 200,000 confidential records of a prestigious Mauritius based offshore law firm, Conyers Dill & Pearman. The documents which includes emails, bank statements, contracts and business plans offer a rare glimpse into how companies and individuals manipulated tax rules and treaties to avoid corporate tax. The documents were first leaked to International Consortium of Investigative Journalism.

But how did the government pay a shell company millions of pula in what appears to be a classic case of tax avoidance, according to tax experts? Perhaps the answer lies in the complex Double Tax Avoidance Agreement Botswana and Mauritius signed in 1995 and renewed 20 years later in 2015.

Tellingly, when applying for General Tax Residence Certificate renewal in 2015 with the Financial Services Commission and the Mauritius Revenue Authority, Esri stated that the application’s whole purpose was “to benefit from Double Taxation Avoidance Agreements Between Mauritius and other countries’ including Botswana.

Furthermore, the documents demonstrate that before the two large payments, the company was already raking in thousands of pula from the government. Specifically, shortly after its incorporation in 2012, the shell company billed government department ‘Surveyor General of Botswana’ $13,140. Though the bill was from Mauritius, the ten pieces of equipment (ArcGIS 3D Analyst) were sent to South Africa and subsequently to Botswana. This equipment billing may have been a deliberate effort by Esri to avoid taxes. According to documents, other government entities that worked with Esri included Botswana Water Utilities, Telecommunications Corporation, Debswana (Orapa Mine) and Gaborone Town and Regional Planning.

While this may not have qualified as illegal activity, Esri Southern Africa was obviously the biggest winner, while Botswana and its citizens were the biggest losers. Because of the arrangement, the company is making millions of dollars in revenue paid by departments and state-owned companies, including the Botswana government. Also, by paying Esri millions of pula, the government of Botswana may have aided and abetted a tax avoidance by pouring millions of pula into a shell company that pays less tax.

In fact, according to the documents seen by INK Centre for Investigative Journalism in 2012, when Esri Southern Africa was first incorporated, the company paid 1.2% tax on revenue of $1.98 million. During this period, four government-owned entities paid thousands of pula to Esri. In financial statement for the fiscal year ending June 30, 2014, the company made $866,322 in after-tax profit. In another document, titled ‘The Company Profile and Forecast’, Esri was expected to generate $3 million in revenue in 2017, with sales of $1.95 million. Moreover, Esri expected a profit of $74,000, which would factor in taxes at no more than 3% in Mauritius.

Tax experts are convinced, this is a clear case of tax avoidance. “In my opinion it is a real problem insofar as Mauritius, through these numerous double taxation treaties, now behaves as a gateway for potential tax avoidance through the issuance of invoices,” said Reine Flore Tamo, a tax specialist in Cameroon. “We are looking at possible misappropriation of public funds,” said Flore, “…in light of the transactions and in view of invoices issued to the State of Botswana.” She said: “As proponents of tax justice, we should denounce the practices of Mauritius and ask that it be ranked in the list of tax havens.”

A Botswana based financial analyst preferring to remain anonymous observed that it is unfortunate that, consumers of good do not interrogate the business arrangements of their supplier. “All they look at are the quality of goods or services as well as their affordability,” he said adding, that “where information is available that an entity is trading in a way that is skewed towards treaty shopping or tax evasion, then there are genuine reasons to reconsider ties  with such entities. This is the right thing to do.”

He added that if entities are setup in a treaty country solely for purposes of taking advantage of the tax rates, it means Botswana will effectively be collecting lesser taxes due to the manipulation of the tax treaty. “For example, if the payment was supposed to be subject to a country which would result in the application of 15% holding taxes, then the reduction of that rate to 10% will result in less tax collected in Botswana.”

The expert added that while it is not always easy to walk away from tax treaties because of bilateral relations between countries, tax authorities in Botswana should investigate and take action against the treaty manipulators.

But are Botswana tax authorities investigating companies such as Esri Southern Africa? Botswana Unified Revenue Service (BURS) flatly refused to comment referring all inquiries to the Ministry of Finance and Development Planning. The ministry has also failed to respond to questions by INK Centre for Investigative Journalism.

Who is behind Esri Southern Africa?

To understand the names behind Esri Southern Africa, one must comprehend its main trading partner. According to a 2015 bank application form sent to AfrAsia Bank Limited, the company’s ‘usual trading partner’ is Esri Inc., a multibillion dollar, US-based company. In fact, Esri Inc. made deposits into the Mauritius account of $2.5 million and withdrawals of $2 million, according to the company’s financial statements.

Our operations are clean – Esri Inc.

In a statement by Chief Operating Officer Donald Berry to INK’s partner ICIJ, when referring to its distributor, Esri Southern Africa, Esri Inc. stated, ‘…to our knowledge, nothing about our distributor’s operations in Mauritius or in the other countries where they represent us, is inconsistent with goals and values of Esri’.  Berry further added the company’s distribution model ‘is consistent with the intention of our leadership, staff members, and is reflected in the products and services we have been dedicated to for many years. All of our distributors are great partners with us in this mission’.

…to our knowledge, nothing about our distributor’s operations in Mauritius or in the other countries where they represent us, is inconsistent with goals and values of Esri…

In addition, Berry also indicated that although Esri Southern Africa and other distributors are ‘largely independently owned and operated they are closely associated with Esri and are the exclusive representatives for Esri in their territories’. What is even more interesting is though they point to Esri Southern Africa as ‘largely independent’ from Esri Inc., documents reviewed by INK Centre showed that the company’s two founders are beneficial owners of the Mauritius entity.

Mauritius’ minister of financial services and good governance Dharmendar Sesungkur dismissed allegations levelled against the island. He said that independent organizations such as the World Bank, International Monetary Fund, Organization for Economic Co-operation and the Financial Task Force on Money Laundering, “…recognize Mauritius as a clean jurisdiction that has made significant progress in adhering to international standards.

This story was produced by INK Centre for Investigative Journalism, a nonprofit news organization that does investigative journalism in the public interest.