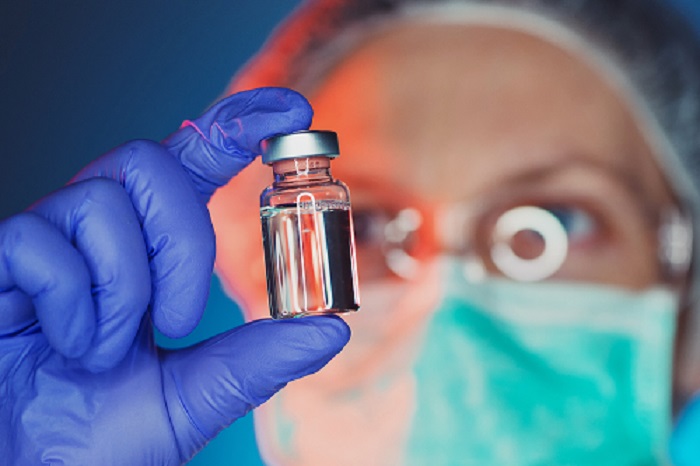 Could this be a cure for fake news?

How do we immunize journalism against media viruses, fake news and propaganda?

Can biology save journalism? Ask researchers at the Institute for the Future, a non-profit research center concerned with what the future might hold for humanity.

This finding in a recent “Biology of Disinformation” report was striking to me. The Institute makes a remarkable insight into what journalism can learn from epidemiology if it is to inoculate itself from “viruses,” fake news, misinformation and propaganda.

Well, the Institute is a hippie American outfit in the heart of Silicon Valley with ambitious research strategies. But we might learn something from their approach.

I hope this will be as relevant as I find it enlightening. Journalists worldwide grapple with a crisis of confidence. A 2017 Stanford Law School report revealed that false news is distorting politics, sowing confusion and undermining trust in democratic institutions.

For one example of this phenomenon in action, we can look at the spread of conspiracy theories by our political leaders. Politicians play an outsized role in influencing and spreading disinformation. When the media started exposing the Mosu corruption scandal in 2012 government spokesperson, Jeff Ramsay and minister in the office of president, Mokgweetsi Masisi, now president, contradicted each other in an effort to manipulate the narrative. Now we all know how the Mosu story ended. The spin on the BCL Mine closure is another case in point. The opposition has had its fair share of misleading the public. In 2014, the ruling Botswana Democratic Party (BDP) almost suffered a humiliating defeat after social and traditional media made unverified claims that the death of opposition politician, Gomolemo Motswaledi was in fact an assassinated. How about claims in 2014 by Duma Boko, leader of opposition that a hit list has been drawn up against him and other leaders in the Umbrella for Democratic Change? Well, there was no evidence to back up the claims?

Biology is a science that has grappled with contagion over years. Maybe journalists can learn something from them. Like our metaphorical virus, fake news spread because the public is susceptible to sensationalism and rumour mongering.

So what can biology teach journalists to predict how fake news spreads?

We need to understand that misinformation behaves like a virus. As humans, we are “culturally vulnerable” to emotional news. A specific part of our brain determines how valuable it would to share information, says Dr. Emily Falk, director of Communication Neuroscience Lab at the University of Pennsylvania. That value translates to its likelihood of going viral. Biologists say a virus doesn’t make you sick, unless you lack an immune system capable of recognizing the shell and then neutralizing the code. Until we do that, the virus enters our body, replicate making our immune system weak and giving you fever, chills, congestion, headache and vomiting – which manifest in culture as media confusion, Twitter wars, hash tags and protests.

Secondly, once it has been launched, the virus replicates only if its code can successfully challenge our own. Once doubt settles, it is hard to dislodge it. Have you noticed how a sensationally inaccurate WhatsApp meme spreads to dominate our conversations to a point that it becomes “the” issue? This explains why WhatsApp is imposing restrictions on the number of message that can be forwarded to only five recipients at once after “several shocking incidents of lynching caused by spread of rumors over WhatsApp” in India. That’s how big the problem could be in some parts of the world.

Biologists say once the virus enter our system, it immediately interpolate into our own confused cultural code, exploiting the issues we haven’t adequately addressed as society such as gender, rape, tribalism, unemployment and poverty. Likewise, a contagious media virus attracts mass attention but then penetrates the cultural psyche by challenging collectively unresolved or suppressed anxieties. Did the Tholwana Borethe report exist in 2017 or it was a figment of imagination of some impersonator trying to exploit our collective fear of the Isaac Kgosi-led intelligence services?

But I must be careful not to stretch this metaphor too far. While I like the seemingly abstract analysis of what epidemiology holds for journalism, I am actually interested in something less benign. I am interested in drawing your attention to how viral news spread and what can be done to resist it. It might help in our quest to predict and fight disinformation contagions. In Botswana, we have reached a stage in which we simply disregard facts that don’t seem to confirm our bias. Take example of claims that once upon a time, the intelligence services constructed a Pablo Escobarsque tunnel stretching all the way from the city center to Phakalane? The story doesn’t seem to have a good ending.

At one point a newspaper Facebook Page announced the death of an ailing former Vice President. This can get you wondering as to who really protects the public from over sensationalized news and vitriol social media posts?

Is there any form of self-policing of platform content?

Further building on biological metaphors, inoculation for the contagion of disinformation can only be best addressed with the establishment of a fact-checking platform that champions independent, transparent, fair and clearly written work to give citizens the information they need to make informed decisions. Evaluating the accuracy of claims made on social and traditional media is an act of responsibility and accountability in a democracy.

This is what excites me the most because it is aligned with the values of self-regulation that are close to my heart.

Not every misleading news article or social media post deserve fact checking. However, millions of funny videos and memes shared on social platforms have often been misleading, to varying degrees. Google and Facebook algorithms have not been helpful too. They have locked us into filter bubbles allowing us to follow people and sources that don’t contradict too much with our views.

Private media is doing its best to inform and educate the public. While more needs to be done, I have found that government and politicians play a major role in promoting media manipulation.

If you think disinformation has been weaponized on social media, brace yourself for the full scale of the power of “computational propaganda” as we approach a watershed general election in 2019. Without a form of self-policing through an independent fact-checking outfit, WhatsApp and Facebook hold huge potential for misinforming rural communities and young audience in a way that could not be imagined before. Political campaigns by nature seem to enjoy distorting the truth. We have seen Bell Pottinger, a disgraced British public relations firm that automated Twitter accounts to spread pro-Zuma and pro-Gupta messaging at the height the Gupta scandal. The firm used Twitter bots to run a secret social media campaign to stir up racial tension on behalf of the Guptas.

Luckily there are no known Twitter trolls in Botswana yet, but don’t rule them out after the Botswana Democratic Party elective congress in July.

In a country with increasing health challenges, providing inaccurate news/information on HIV and other chronic diseases can mean the difference between life and death. Yet without the science to predict the spread of viral news and an organization dedicated to evaluating claims made on traditional and social media, the public’s ability to hold power accountable is clearly diminished.

In most cases, our journalism, especially investigative journalism is two dimensional – the same way it was maybe in 1984. As journalists, we choose sources to interview who validate our viewpoint and portray the outcome as “objective news.” Then we publish without subjecting our reporting to multiple steps of verification.

Fact checking is essential in empowering communities and heightens the way they engage among themselves and with authorities. This will increase the much-needed public trust.

A fact-checking organization will adopt a transparent “trust index” to score/debunk news of public interest value that is already in the public domain. It will also publish its finding with existing media partners borrowing a leaf from INK Centre for Investigative Journalism. The fact checking body will be attached to INK Centre, which has a strong local and regional reputation in delivering accurate and impactful news.

The absence of a fact-checking outfit has allowed an environment in which highly controversial and problematic claims made in public flourish. Like in most parts of Africa, our state media’s architect sit on what Chomskites call a “propaganda model,” in which official disinformation heavily favors a viewpoint of power and ultimately relies on “official” sources. Do the Daily News and Radio Botswana ring a bell?

But every opportunity comes with a challenge. Fact checking can attract controversy among politicians and some editors when stories are debunked. A new fact checking organization will likely come under attack from critics who disagree with their verdicts. However this is the price you pay when you root for transparency and transparency. As a society we should always raise questions about what counts as reliable data, who has authority to access public truth and how to balance accuracy with other democratic ideals such as openness and pluralism. But the most urgent questions we face is not how to disengage from the modern social media landscape, but rather how do we immunize ourselves against media viruses, fake news and propaganda? To do this, we need to understand the biology of disinformation.