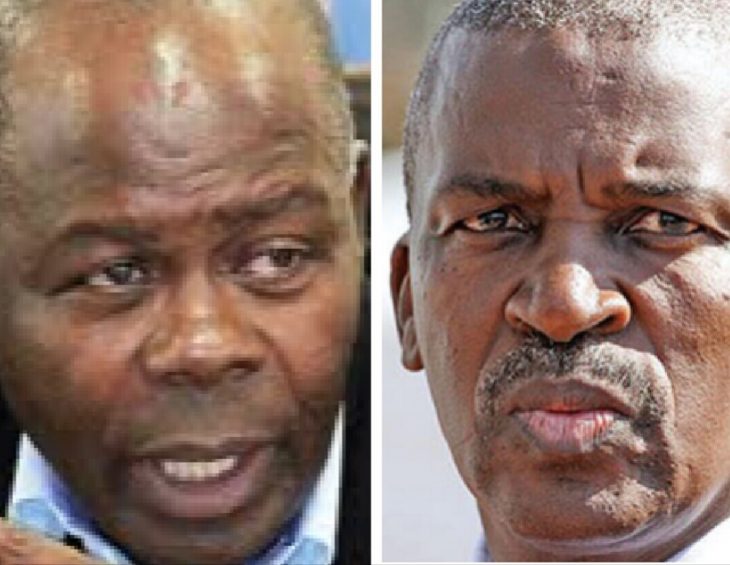 The Directorate on Intelligence and Security Services (DISS) has been accused of using its anti-poaching operation as a way of concealing elephant tusks from the responsible government department and potentially using it as a conduit for ivory smuggling.

This comes after a sting operation carried out by the department of wildlife and national parks’ anti-poaching unit who allegedly bust a warehouse filled with a stockpile of elephant tusks at a DISS camp in Ngwashe, near Nata village in northern Botswana. Highly placed sources in the department told INK that the department was unaware of the
stockpile at Ngwashe until last week and that DISS could not explain why it kept such a large number of tusks in a warehouse in the bush, as this was not standard procedure.They said a DISS officer at the scene could not account for the stockpile and told wildlife department officials that questions should be directed to Isaac Kgosi, the former DISS head who was sacked earlier this year.

The sources said the wildlife department has refused to take over the tusks without a proper inventory. The department want to know how the DISS was able to collect so much ivory without its knowledge and where the agency got it from.

According to wildlife officers, the correct procedures is that the DISS must first report how and where it obtained each tusk to the department.Botswana takes an extremely tough line on poaching and smuggling of animal products,and follows an unwritten shoot to kill policy with poachers. The wildlife department falls under former president Ian Khama’s younger brother, Tshekedi Khama. According to the Wildlife Conservation and National Parks Act penalties for possession
of rhino horn attracts a fine of P100 000 and 15 years imprisonment while penalty for
possession of ivory attracts a fine of P50 000 and 10 years in jail.
The DISS underwent an abrupt change of leadership after Botswana’s new President,
Mokgweetsi Masisi, fired its founding director-general, Isaac Kgosi, in May this year and replaced him with Brigadier Peter Magosi.

According to a source, the sting operation would not have been possible without the support of senior DISS officials, who have called for reforms at the spy agency.

Kgosi is alleged to have set up an illegal anti-poaching unit in parallel with the wildlife
department’s unit. Department officials complain that the DISS overstepped its authority
and that its anti-poaching outfit “gets in the way” of their operations.There have also been rumours that the DISS unit was set up to smuggle ivory and launder money out of the country.

The media reported last year that the DISS had been on the radar of the Wildlife Intelligence Unit for some time following a tip-off that it was part of an international diamond and ivory smuggling racket.

This followed an incident in which three DISS agents were reported to have been arrested
by the Wildlife Intelligence Unit at a roadblock in Makalamabedi, in the Boteti sub-district of central Botswana, with elephant tusks cut into small pieces inside a sports bag.

The Sunday Standard alleged that information gathered by the Wildlife Intelligence Unit suggested that agency officials had been smuggling ivory and diamonds out of the country in their Pilatus PC 12 aircraft as diplomatic cargo, which enjoys immunity from search or seizure.

The DISS was seen as the personal fiefdom of Kgosi, who was formerly the privates secretary of Ian Khama and enjoyed his protection over a 10-year period as the agency’s head.Kgosi refused to comment on the claims relating to the Ngwashe stockpile, saying he no longer works for government.

When he took over Magosi, the former boss of Military Intelligence, publicly promised to change the DISS’s “old culture” of impunity.He confirmed that the agency has a storeroom full of elephant tusks at its Ngwashe camp,but insisted that there is nothing unusual about this.

“Sometimes elephants just die,” he said. Under a standing arrangement, the DISS anti-
poaching unit often picked up tusks while on patrol in the bush, transported them to the Ngwashe camp and made arrangements for game rangers falling under the wildlife department to collect them.

“They are recorded on a daily basis and we report any new finds to DISS headquarters.
When the time is right we hand over the tusks to the department of wildlife and record
the transfer.”

He said he had already notified department of wildlife of the stockpile and assured them that the tusks will be transferred to them. He declined to reveal the quantity of ivory in the DISS’s possession.However, the permanent secretary in the ministry of environment, wildlife and tourism,Thato Raphaka, denied this.Raphaks said he was not aware that the DISS has a storeroom full of elephant tusks at its camp in the wilds of northern Botswana, and that is not how the matter is normally dealt with.The ministry is responsible for keeping records of all ivory storage facilities in Botswana.

“While that area [of the Ngwashe camp] is under the DISS,” he said, “they have a responsibility to notify us every time they find such things as elephant tusks and hand them over, which is the procedure.
“We do not know anything about [the stockpile] and I am sure we would have been
briefed about it … It is not procedure to keep such a large stock of elephant tusks and not
report on it.”

He noted the department regularly checks with the DISS to see if they have anything for them.

“There is no smoke without fire,” Thato said. “Where we feel there is an issue, we will always address it.”

Kgosi established the DISS in 2008 with a vague mandate and without proper channels of
accountability.Late last year, the agency was accused by Botswana’s corruption watchdog – Directorate on Corruption and Economic Crime (DCEC) of diverting public funds intended for fuel levy to the acquisition of military grade equipment, supposedly to be used in the fight
against poaching.An amount of P118-million was paid to an Israeli technology firm, Dignia Systems, for the acquisition of the equipment.

Sidebar
Madness in Magosi’s method
The new boss of Botswana’s Directorate of Intelligence and Security Services, Peter Fana Magosi, is a died in the wool military man who has attracted his own fair share of controversy, particularly in connection with
the Botswana Defence Force (BDF)  killing of alleged criminal John Kalafatis.However, there are signs that he intends tackling the culture of the DISS under his predecessor, Isaac Kgosi – and particularly its perceived tendency to operate above the law.

Magosi joined the army at the age of 22 and progressed through the ranks to become a brigadier.
At one point he was a member of an elite force called Special Forces within the military and later headed Military Intelligence.

Both he and Isaac Kgosi, then the batman of Lieutenant General Ian Khama,BDF head, caught the attention of their commander.
When Khama moved into politics in 1998, taking Kgosi along with him as his private secretary, Magosi remained with the fledgling Military Intelligence unit.
Under Kgosi, the DISS gained a public reputation as a rogue agency that was willing to infringe the civil liberties of Botswana citizens. Not to be
outdone, Magosi’s MI unit also became mischief-makers.In 2009, the unit mowed down alleged thief Kalafatis in an alleged extra-judicial execution that was a major blemish on Botswana’s reputation as a democracy that upheld the rule of law.Magosi never faced prosecution, while President Khama later pardoned three of junior officers convicted of the murder of Kalafatis.

But it appears that the Kalafatis scandal fractured Magosi’s relationship with Khama. Magosi’s unit had always been at odds with Kgosi’s fearsome spy agency,but he also fell out with the new BDF commander Gaolathe Galebotswe,ending his career in the military.In 2014, the BDF court-martialled Magosi over an allegation that he had
misplaced surveillance equipment, used to intercepting communication after he borrowed it a minister, which he denied.

The matter was settled out of court, but the BDF recommended his transfer out of MI, and Khama expelled him from the military.When environment Minister Tshekedi Khama moved to establish an anti-poaching intelligence unit within the wildlife department, President Khama rejected Magosi as the potential unit head.Magosi maintained a low profile after this setback, doubling as a farmer and a consultant for the wildlife department. But he appears to have continued
his intelligence work.

When three DISS agents were bust by wildlife intelligence officers with elephant tusks concealed in large bags in mid-2016 at a roadblock, observers
credited Magosi as being behind the operation.His big break came in April this year after Khama left office. The new president, Mokgweetsi Masisi, dismissed Kgosi as part of his clean-up of the civil service and appointed Magosi.

INK Centre for Investigative Journalism produced this story. All views are ours.