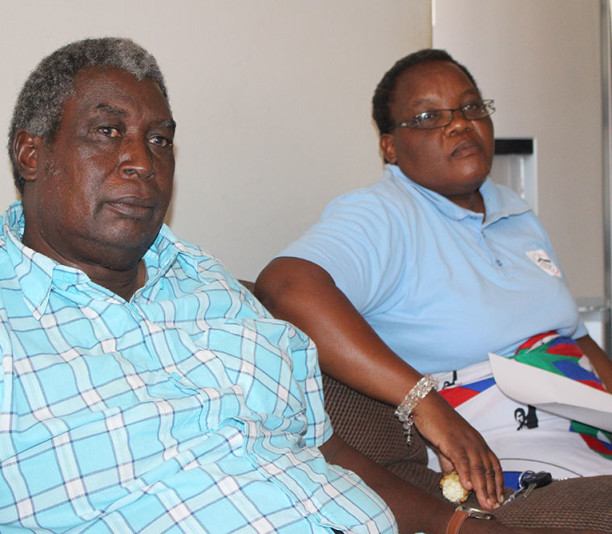 He is the father of Brian Nyambe, one of the two poachers killed by members of Botswana Defence Force’s (BDF) Anti-Poaching Unit in July 2012 for alleged poaching in Botswana’s Chobe National Park.

In an interview with Ink Centre for Investigative Journalism in Katima Mulilo in Namibia, Nyambe could not contain his anger. “ [I am] very angry at how my son was murdered for a crime he probably didn’t commit,” Nyambe said. He revealed since his son was killed he has been diagnosed with a severe heart condition. “I’m now taking heart medication. I can’t sleep at night, its painful.”

Brian’s mother who was reluctant to reveal her name says was diagnosed with stress “leading to depression” after her son was killed. “Yes, I saw my son in the coffin. But it is very hard to accept that he is dead.” Nyambe described his son as a “cool and intelligent” person who had a bright future ahead of him. He says that by the time of his death he was working as an informal education teacher for old people in Katima Mulilo while pursuing a primary schoolteacher’s diploma.

READ MORE: I hid in the swamps, Samati

His father says he was also a passionate fisherman who often went fishing in the Chobe River. Sicho says he finds it difficult to accept the BDF’s contention that his son was a poacher, as no evidence had been produced that he posed a threat to the Botswana military.

“There is no way that he was a poacher,” he insisted. “The two guns found at scene couldn’t kill an elephant.” He was referring to a .22 rifle and a shotgun that were allegedly found. “Even if my son was a poacher, the BDF officers should have found a way of apprehending them instead of ending their lives.