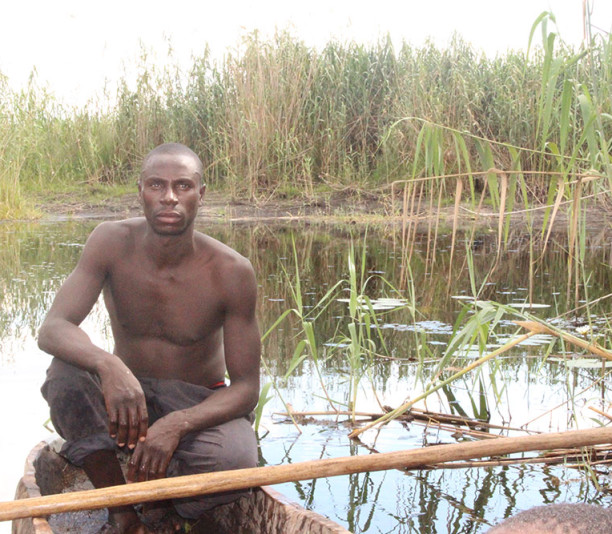 I hid in the swamps, Samati

In the early morning, when the sun was nibbling at the Linyanti floodplain close to Singobeka, a sleepy Lozi village 90km south-west of Katima Mulilo, a Botswana Defence Force helicopter swooped on Stongo Island in the Linyanti River that divides northern Botswana and Namibia.

Samati Samati, a 32-year-old bream fisherman knew at once that the arrival of BDF helicopter on an island claimed by Namibia in November last year meant trouble. “I tried to run,” he said, recalling the sound of the rotors moving towards him. Swimming across one of Linyanti tributaries might expose him, so he dived into a nearby swamp and laid low, hoping the helicopter circling overhead would eventually move off to Botswana.

He was mistaken. “They set up camp and stayed there for two days. At night I could see their campfire.”
Samati, a Lozi, one of minority tribes in Namibia with little formal education, swears he is not a poacher.
He says he has been fishing from the island – which is shared by Botswana and Namibia – since he was a child, and that this has kept him alive.

On the riverbank of Linyanti river on the Botswana side, game descend to the river to drink; on the Namibian only cattle graze on the flood plain. The contrast is striking, and Samati shrugs when asked about it. The game has crossed to Botswana, he argued. “We share these wild animals. We share fish too.”

The BDF has been accused of launching frequent raids into Namibia without regard for its sovereignty, and villagers also claim that BDF soldiers often leave a trail of destruction but the Botswana soldiers flew out of Stongo, they allegedly confiscated fishing nets and destroyed seven canoes. The BDF denies involvement in any illegal actions or human rights violations on the northern border with Namibia.

But because their reliance on fishing, Samati and other residents of Singobeka are unfazed. Within days of his brush with the helicopter, hunger forced him back into the Linyanti lagoons, this time, with his three-year-old nephew.
“I guess they won’t shoot me when I am with a child,” he shrugged, only half in jest.