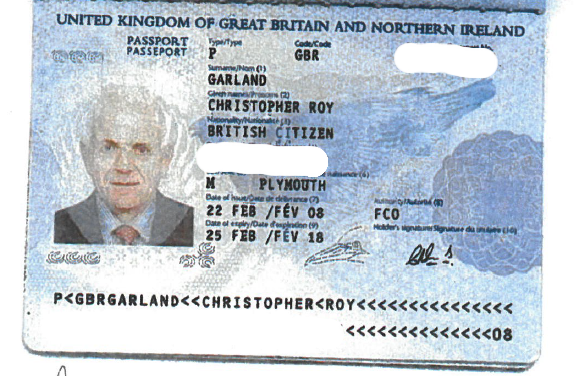 The deputy chairperson of a state-owned entity has been implicated in tax evasion and working to facilitate capital flight from Botswana.

Christopher Garland, Deputy board chairperson of Botswana Investment and Trade Centre, which is tasked with attracting foreign investment to the country; has been exposed as having ties to Mossack Fonseca, a law firm at the heart of tax dodging and capital flight from developing nations.

Hardly a year after the discredited Panamanian law firm was implicated in a global financial scandal, companies linked to Garland continued to utilize the firm’s services. This includes assisting businesses, individuals and wealthy families to open offshore accounts in jurisdictions classified as tax havens. Garland denies all allegations made against him. (See Garland’s response in full)

The law firm, which was at one point one of the biggest providers of offshore financial services, closed down in March blaming ‘the economic and reputational damage’ inflicted in 2016 after a cache of 11.5 million documents were leaked to German newspaper Suddeutsche Zeitung.

The Panama Papers, as the investigation is known, showed how the law firm helped its clients to launder money, dodge sanctions and evade tax.

BITC is a state-owned entity formed in 2012 following a merger between Botswana Export Development and Investment Authority and Botswana International Financial Services to promote Botswana as an investment destination of choice to foreign investors.

The company would later be incorporated on October 18, 2016, according to the leaked records.  Garland, according to the files, is the director of both the Botswana and Isle of Man registered companies. The group, which was established in 1999, “offers fiduciary, corporate management and family advisory services to wealthy families, individuals and international clients across the globe.” Garland’s Dolberg continued a ‘cozy relationship’ with Mossack Fonseca more than a year the company was exposed for aiding dictators, politicians and businessperson to hide their money and evade tax. A document titled, “notice of becoming a beneficial owner’ dated May 31, 2017 shows that Garland became one of the beneficial owners of the main company on May 02, 2017. The documents signed by Garland reads, “I am the ultimate beneficial owner of 10 000 ordinary shares in the company having a par value of US$ 1.00 each, which shares are held and registered in the name of KGALE HIL NOMINEES (PTY) LTD who is the shareholder and holds the shares as nominee for and on my behalf.”

According to series of emails between Mossack Fonseca’s officers between October 2017 and December 2017, the law firm wrote to Dölberg’s Trust Administrator, Mariette Gouws, informing her that Garland may be politically exposed due to his links with state-owned entities (BITC, IFSC) and his association with Southern African Development Community (SADC). Marleny Canto, Mossack Fonseca officer in Panama, asked Dolberg officials in Gaborone to respond to their findings on October 6, 2017. If they failed to do so, he said the law firm would cut ties with the company. “We would like to receive the information within 3 days. If you do not comply in providing the information, we will understand that you are not interested in keeping with Bufete MF & Co, and therefore we will be resigning as registered agent,” Canto wrote.

Frustrated with Dölberg’s failure to respond, MF wrote a strongly worded email to Dölberg on November 21, 2017 cutting ties with the company. “Unfortunately, we did not receive your final comments to discard the information we sent to you. Considering that you did not reply to our email, we understand that you are not interested in keep your company with MF & Co, and therefore we will be resigning as registered agent,” wrote Canto.

BITC letter to the rescue

Under pressure, Dölberg Fiduciary (Botswana) Business Development Executive Duaan Jacobs wrote back begging Mossack Fonseca not to terminate services with the company. Jacobs further produced a letter from BITC’s Board Secretary Mothoothata Lesole arguing that Garland should not be classified as a politically exposed person. The letter dated August 27, 2015, was initially submitted to the directors of L C Abelheim in Mauritius, a company that specializes in assisting businesspeople to open offshore accounts in Mauritius. The company had previously classified him as ‘politically exposed person’.

Lesole argued Garland should not be considered politically exposed because BITC was not a political institution but solely formed for promoting investment, the Botswana brand and exports. “The BITC Board members including Mr. Garland, are not appointed on any political basis but on the strength of professional qualifications and experience with a view to have a Board that is both robust and effective in the management of the BITC,” wrote Lesole. BITC probably saved Garland from being ‘excommunicated’ by Mossack Fonseca Further Lesole noted that the appointment of the BITC Board of Directors is done following a recruitment process undertaken by Public Enterprise Evaluation and Privatization Agency (PEEPA). “The appointment of the Board members would not be through any political considerations but will be based on the individual application to serve in the BITC Board which application for board membership would be approved, if successful, by the PEEPA as aforesaid”.

It is not clear whether this explanation was acceptable to MF. The statement, however, does not talk specifically to his interest in Dölberg. BITC public documents do not list Dölberg in Garland’s profile. For example in the 2016/2017 BITC annual report, Garland’s offshore investments are not listed. Instead according to the report, he sits Is several boards including Fugro Botswana, Transwana Group of Companies and Tagine Capital Partners.

Ironically, Garland’s interest in companies that assist wealthy people to invest in offshore tax havens may have undermined the principles for which BITC was formed, which is to attract much-needed foreign investment.

Email communications show that Dölberg Fiduciary Botswana helped families and companies in countries such as South Africa to invest their money offshore.

I am clean – Garland

Garland maintains that he has no direct ties to Mossack Fonseca, this is despite the law firm handled some of his personal documents, including his passport. Garland says that Dölberg worked only with MF in Seychelles, a service provider for Seychelles companies, and “that there was no dealing with Mossack Fonseca in Panama except compliance queries.”  MF Seychelles and MF Panama are the same companies. Garland says Dölberg has stopped working with MF but, “there was a process to transfer the files to the new service provider.”

“I serve and continue to serve BITC, Botswana and the people of Botswana, to the fullest of my abilities, I continue to discharge my fiduciary responsibilities diligently,” he says in a statement. Garland further indicated that through Dölberg, investors were introduced into Botswana and had established a substantial number of structures and (Dölberg clients) have introduced ongoing investments in Botswana.

According to Garland, Dölberg employs people in Botswana and through the investments facilitated into Botswana have indirectly assisted with creating employment opportunities. Says Garland, “Dolberg promotes, among other, the same objectives as the BITC, namely to ensure investment into Botswana.”

Our man and his companies are clean – BITC

BITC supports Garland’s claims and further admitted to having entered into a business relationship with Dölberg’s predecessor Turnstone Corporate Botswana. The organization does not go into specifics, preferring to state,  “Turnstone Corporate Botswana (Pty) Ltd has indeed referred clients interested in investing in Botswana to the BITC. However, in line with BITC Policy of maintaining client’s confidentiality, we are not at liberty to share the names of such companies”

According to BITC Chairperson Victor Senye, they are not aware of any information or occurrence that will make them doubt that BITC members are not observing their fiduciary duties. He says that while individual board members are free to invest wherever they wish including offshore, it is for the individual board member to ensure that their investment activities do not conflict with their duties to the company. “We are not aware of any private or personal investment activity by any of our board members which conflict with their responsibilities at BITC,” says Senye.