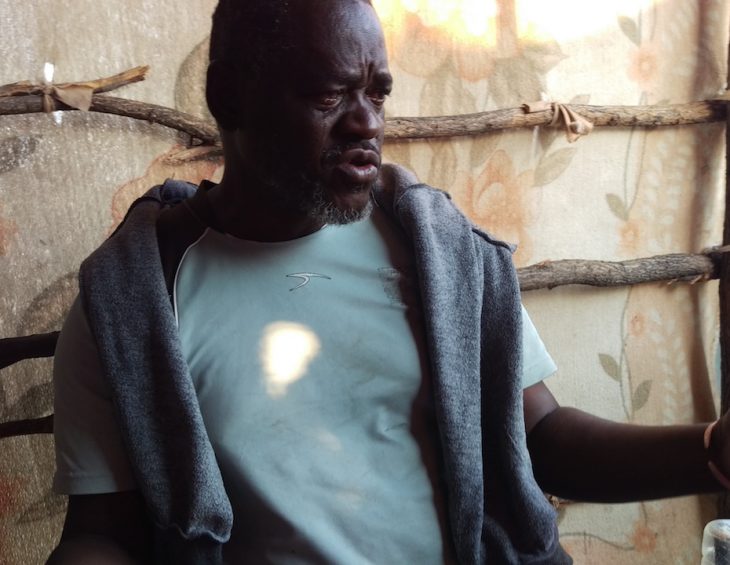 ‘African countries are the same’

In the Democratic Republic of the Congo, 52-year old Tshimanga Babel lived a comfortable life, at least by the standards of the war-ravaged and unstable Great Lakes Region. He owned a small copper mining operation and provided for his family with ease. It was unthinkable that his wife could be raped by scoundrels in army uniform and his grown sons fatally shot because they would not rape their own mother!

In his time, Babel had survived severe civil strife that claimed thousands, if not millions. of lives. Most notably he has survived the First and Second Congolese wars and countless tribal conflicts. When relative normalcy was achieved in the late 2000s, Babel and many other Congolese ventured into mining and the government legally registered them.

Babel’s copper mine was in the outskirts of Lubumbashi in the resource-rich Katanga province and some of his clients included big copper mining companies and of course several rebel groups. “It put food on the table,” Babel says. In 2015, just when he thought nothing could be better, tragedy struck: the mine collapsed on his 32 employees, killing them all.

News of the disaster reached Babel as he holidayed with his family in Lubumbashi. “When we returned to the village that night, we found a hostile community,” he recalls, tears welling in his eyes as he recounts the story. The verdict in the village was that because his mine had killed people, Babel too must die.

A night after the family arrived from Lubumbashi, a group of DRC soldiers appeared at his door seeking to exact ‘revenge’ on behalf of the villagers. Pointing to scars all over his body, he continues: “I tried to run away but I was captured, brutalised and tortured in front of my wife and children. It was terrible in the extreme.”

In the course of the savaging, Babel passed out after his cruel captors broke his arm and knocked his canines out with the butt of a gun. “When my wife tried to intervene, she was shot in her right leg,” he says. As she bled, the murderous scoundrels took turns raping her in the presence of his three minor children.

When Babel regained consciousness, the soldiers were not there and a friend took he and his wife to a nearby hospital where they stayed for few days.

That was not the end. In a country where compassion has been compromised and empathy emptied by endless conflict, Babel’s relatives looted their home, killed his 10-year old daughter and set the home ablaze with the bodies of his two sons and daughter inside.

As soon as Babel and his wife were discharged from hospital, they took in the horror of what had happened and secreted themselves and their remaining three children across the border into Zambia. “We had nothing left,” he says. “We lost three children. We were tormented by the community and tortured by soldiers. The DRC could no longer be our home.”

But Zambia was just too close and we could be tracked down by the soldiers and smoked out. So after a few weeks they decided to leave for Botswana, the sanest country in the world. “I knew nothing about Botswana except that it was a peaceful country,” says Babel, trumpeting the reprise by which the much-vaunted oldest democracy on the African continent is known by. “That is what attracted me to this place. I wanted a peaceful place for my children.”

After working surreptitiously with cross-border truck drivers, the family entered Botswana and reported themselves to Kazungula Police Station. “All we wanted was asylum and we lose time before reporting at the police station,” he says. From Kazungula the family was transferred to Francistown Centre for Illegal Immigrants where things suddenly took a turn for the worse. The Babels would live there for the next two years in the course of which there was almost no contact with one another.

“I learnt that I was in prison in a matter of days when I was not allowed to see my wife and children,” he remembers. “I had to make sure I was not dreaming when I discovered this a few days later.” Babel’s application for refugee status was rejected because he spoke out against indefinite detention of asylum seekers in conditions where even the rights of prisoners did not exist. “My body is full of scars,” he notes. “I was beaten for instigating rebellion inside the prison cells.”

Babel will not forget the day he was beaten by members of the Botswana Police Service, Botswana Prison Service, and the Directorate of Intelligence and Security Service. “It is difficult to forget that because my 9-year old daughter was also assaulted by those grown men,” he says. “We had earlier demanded our release and out of panic, our captors called on the army, the police and the secret service for support in beating us up. In the melee that ensued, my daughter was hit by a teargas canister in her eyes. When I rushed to help her, we both became fair game for the heartless hoodlums.”

He sums up life for an asylum seeker in Botswana in these words:  “Here they didn’t rape your women in front of you and your young children or kill your loved ones. No, they don’t do that because they cannot stoop so low. However, they take away your freedom and deny your children an education. They deny you food and beat you up for attempting to stand up for your rights. You can decide which is worse, but from where I stand African countries are the same.”