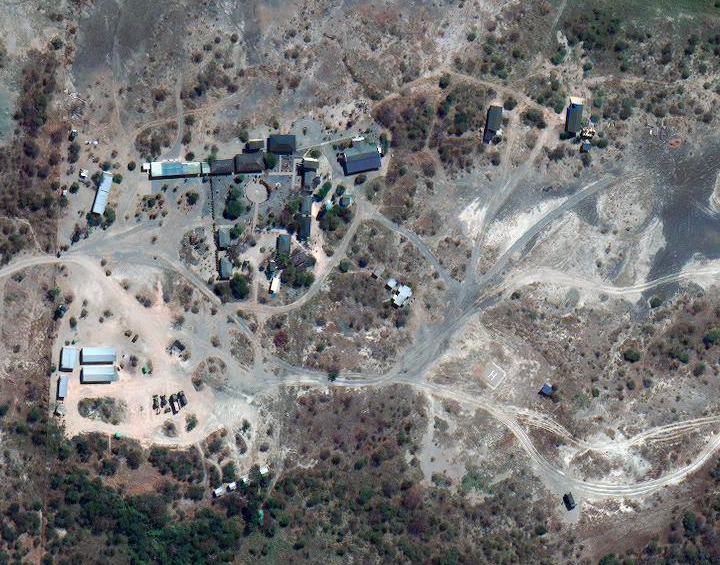 Botswana has been lauded as the “African Success Story” since the 1980’s and labelled as the epitome of democracy in a continent where democracy has been under threat by authoritarian regimes and individuals.

Botswana has been lauded as the “African Success Story” since the 1980’s and labelled as the epitome of democracy in a continent where democracy has been under threat by authoritarian regimes and individuals.

It has earned this title due to its respect for the rule of law and good governance, yet in a single paragraph in this Report on Khama’s use of public funds in the development of Mosu, the Office of the Ombudsman undid the preconceived notions that have served Botswana so well in the past.

On January 29, 2018, the Ombudsman issued its Report on its investigations into allegations that the President had, among other complaints, misused government funds for the development of his private residence at Mosu. The findings which have been roundly condemned by opposition politicians and legal academics, not only exonerated the President but undermined the democratic principles that Botswana has been recognised for internationally.

The Report found that the President is above the law and not subject to scrutiny of any sort. The Ombudsman went so far as to hold that the President could not be subjected to any form of investigation in either his private or public capacity, “Our considered view is therefore that, however one looks at this matter, the President is protected by the Constitution of Botswana against being probed, directly or indirectly and being made to account for whatever both at public and private levels.”

In the landmark case of Motswaledi the Court found that the President could be sued, in civil proceedings for official conduct but not private actions. The Motumise case, in which Justice Motumise and the Law Society of Botswana sued the President on his failure, in his official capacity to appoint the now judge, is a case in point, illustrating the contradiction between the position adopted by the Ombudsman and the position adopted by the courts.

Reached for comment on the contradiction between his interpretation of Section 41 of the Constitution and the Court of Appeal’s, Makgonatsotlhe explained the disparity by saying that……

The Report into allegations of maladministration in respect of Mosu, based on the legal interpretation by Makgonatsotlhe answered the question he raised as to whether “any tribunal or quasi-judicial institution such as the Ombudsman Office (can), investigate the President” by saying “No”. At page 18 of the Report the Ombudsman held that the Constitution “precludes/ prohibits anyone from involving the President in any form of action for relief both against his private and official capacities, this should include relief sought even from quasi-judicial institutions such as the office of the Ombudsman.”

The Botswana Congress Party (BCP) had filed a complaint in 2014 to the Office of the Ombudsman accusing the President of abusing his official position for private gain. The Ombudsman found that the developments on the property in Mosu including the airstrip were privately owned by the president, and as such he could not investigate the president’s conduct. The conclusion reached by the Ombudsman however shies away from answering whether the President abused his office for private gain in respect of the developments on Mosu. The Ombudsman in his Report reversed the question raised by the BCP, to become what action his office could take if the President opted to “do something in his private capacity” instead of whether in using his official capacity the President had privately benefitted. Due to his finding of law and the manner of framing the questions that he was required to investigate the Ombudsman indicated that he could not conduct an investigation into the Presiddent. He did however undertake a fact finding mission into other “government departments”.

In 2013, then Minister of Presidential Affairs and Public Administration Mokgweetsi Masisi advised Parliament that the construction of the airstrip at Mosu was provided for in the budget that was approved in Parliament as part of the presidential entitlements. “But, because it is provided for, we withdraw it from savings and that is why we save so much money by not taking it out to tender. So, it will be paid for, because it is an entitlement of His Excellency the President. And I can confirm to this house that the money to pay for this airfield will come from the Ministry of State President’s finances.”

In contrast to Masisi’s answer in Parliament, which the Ombudsman says he choose not consider, the Ombudsman found that the Airstrip at Mosu “was built by the BDF, with their own resources (i.e. machinery and manpower) using local materials to avert the cost of always having to land HE the President in Orapa…” The Report does not seek to reconcile Masisi’s answer to parliament that the developments were paid for from “The Ministry of State President’s finances”.  Notably the Botswana Defence Force has separate budget vote under the Ministry of Defence, Justice and Security.

During an interview with INK centre for Investigative Journalism, the former Botswana Defence Force (BDF) commander Lieutenant General Gaolatlhe Galebotswe, last year stated that funding for the project was from the BDF’s maintenance budget, he disclosed that “We received nothing from the OP and or the DIS for the construction. We paid everything ourselves.”

Government Spokesperson Jeff Ramsay, also answering questions in respect of the use of BDF and Department of Engineering Services (DBES) indicated that neither organisation had been used to develop the private residence of the president, differentiating the airstrip from the residence. “Such activities as the BDF have been engaged have been the construction and maintenance of the airstrip (outside of the compound) and helipad (within the fence) and associated facilities. In this respect the only significant recent activity involved renovation of the helipad, which was suspended due to rains but will resume.”

In contrast to the Government spokesperson and the findings of the Report, parliament has specifically provided, under the Intelligence and Security Service Act, that security detail for the President falls under the DIS, the costs of which would necessarily come from the DIS budget allocation. The Ombudsman Report makes no attempt to reconcile the legal obligations and the budgetary requirements from the various departments.

Opposition parties have condemned the Report as undermining the democratic values to which the country ascribes to and that it places the President above the law, a view shared by legal academics. “The report doesn’t disclose the nature of any documentation obtained. It expects the public to accept the view of the Ombudsman without proof. For an office that is supposed to be independent and transparent the lack of clarity in the report is worrying. Of even greater concern are the erroneous conclusions of law that place the President above legal scrutiny and the condemnation of the complainant,” revealed a prominent human rights and administrative law lawyer on grounds of anonymity.

Botswana is a signatory to the “Principles relating to the Status of National Institutions (The Paris Principles)”. In terms of the Paris Principles, organisations such as the office of the Ombudsman are required to be independent of Government participation and influence.

Prior to his appointment as Ombudsman, Makgonatsotlhe served as Secretary for Defence, Justice and Security in the Ministry of Defence, Justice and Security from 2007. He was responsible for ensuring that Botswana complied with her international obligations especially the reporting and domestication of human rights conventions, treaties and protocols under various human rights treaty bodies.

The Ombudsman places a strong emphasis on making practical recommendations on matters of maladministration and will not make recommendations unless it is considered that they will be beneficial to the public.

Though the Office of the Ombudsman is empowered to make recommendations to competent authorities, by proposing amendments or reforms to laws, regulations and administrative practices, no such recommendations were made in the current report.