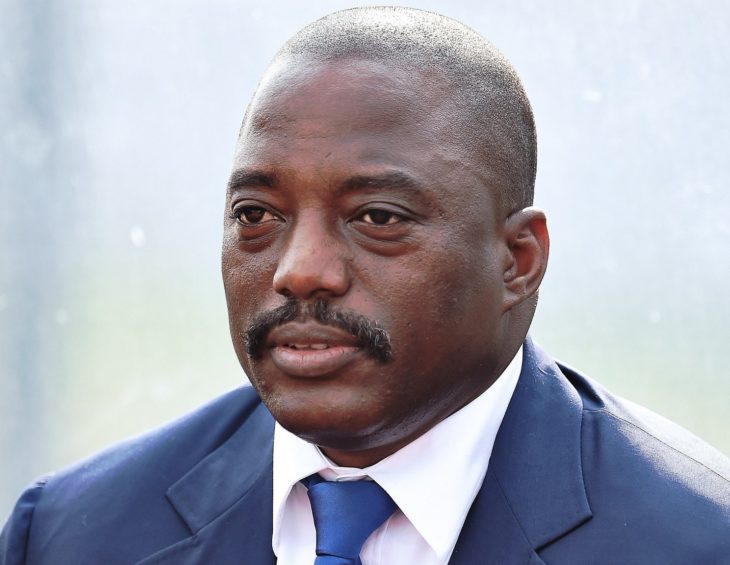 Congo is a land far away from us, yet its chaos has found a place at home. Potentially the richest country in the world, the Democratic Republic of Congo (DRC) is the sucking vortex of all that is wrong with post-colonial Africa.

Its present apocalypse is a direct product of decisions and actions taken over five centuries. Welsh-born explorer Henry Morton Stanley perpetrated killings before handing it to Belgian King Leopold who turned it into a brutal fiefdom where murder and torture were commonplace.

Independent Zaire gave the world Mobuto Sese Seko, who for 32 years impoverished his people while living in a $100-million “African Versailles” in the middle of a jungle complete with an airport that accommodated a Concorde. Today AIDS and malaria are epidemic.

The Congolese have endured an abusive past, but that should be the end of the tale. Africa should stop blaming history for its political and economic problems and take responsibility for its current state of affairs. The greatest defensive weapon presidents have in the region is the Southern African Development Community (SADC).

Established to promote economic development and foster cooperation among member states, SADC has proven, time and again, to be little more than a protection racket for despots and heads of state who refuse to hand over power even after their term has come to an end.

As DRC drifts dangerously towards disintegration, SADC recently gave its blessings to Joseph Kabila’s illegal extension of his term as president. The result has been influx of asylum-seekers into SADC member states.

Over the past two years, more than 500 DRC asylum seekers have found their way to Botswana. Zambia hosts more than 12 000. There are also large numbers in Angola and Tanzania.

The problem is that Kabila has not been able to bind this vast, chaotic country together. It comes as no surprise, therefore, that although his term in office has ended he refuses to respect the constitution and is banking on the SADC to save him.

The community is well aware of the endless bloodletting in the DRC, which has claimed over six million lives since 1996. Four million Congolese have been forced to flee their homes. Botswana has the reputation of being one of Africa’s most outspoken states in its condemnation of misrule. President Ian Khama has repeatedly told deposed Zimbabwe’s nonagenarian president, Robert Mugabe that it’s time for him to retire.

Last year he refused to recognise Ugandan president, Yoweri Museveni’s, electoral victory. He has been vocal in denouncing the conflict in Lesotho. Yet when it comes to criticising Kabila’s clumsy and inconsistent leadership, Khama and the rest of the SADC have been found wanting.

In dealing with the hapless asylum-seekers who have fled terrible human rights abuses in the DRC, Khama did not completely roll out the welcome carpet.

The UN Human Rights Commission has complained since 2015, that Botswana has rejected nearly 500 asylum-seekers, including 200 children, and detained them in prison-like conditionst the Centre for Illegal Immigrants in Francistown pending deportation.

Botswana is signatory to the United Nations Convention on the Status of Refugees. Instead of providing “compassion and care”, we gloat over their misery and unashamedly deny children access to education while exposing them to sexual abuse, as we thoughtlessly lock up boys as young as nine alongside criminals convicted of serious crimes, including murder and rape.

We are obsessed with a deeply flawed interpretation of both the Immigration Act and the archaic Refugee Recognition and Control Act. We have ignored the fact that as a signatory of UN Convention on the Status of Refugees, we have a legal obligation to protect the rights of the displaced.

At least 80% of women who escaped persecution from their countries who were interviewed by the INK Centre for Investigative Journalism at the Dukwi refugee camp over the past three months say they were raped at the FCII.

The FCII did not make their lives any better. Awezaye Msimbwa, a mother of six from eastern DRC, notes that there were systematic attempts by female prison wardens to assault and demean them for their amusement– in front of their children.

But that is not who the Batswana are.

We are guided by a moral compass and generally care about the welfare of children and other vulnerable members of society. The men and women who perpetrated or condoned the use of force against asylum-seekers at the Francistown Centre for Illegal Immigrants (FCII) are taking us back to the times of Stanley and Leopold.

As a country, we want to maintain our record for upholding the rights and dignity of all men, women and children, yet the Office of the President, under which the refugees and resettlement portfolio falls, has turned a blind eye to abuses at the centre.

We should be ashamed by horrific stories coming out of FCII. No action has been taken against the offenders who buried their heads in the sand when convicts abused minors.

Traumatised by prison life, the 300 asylum-seekers who were released by the High Court and found temporary refuge at the Dukwi camp could temporarily breathe a sigh of relief. They might have been living in squalid conditions, but at least their dignity and physical integrity were respected.

That is, until they escaped t neighbouring Zimbabwe, Namibia and South Africa where they are currently held in refugee camps!