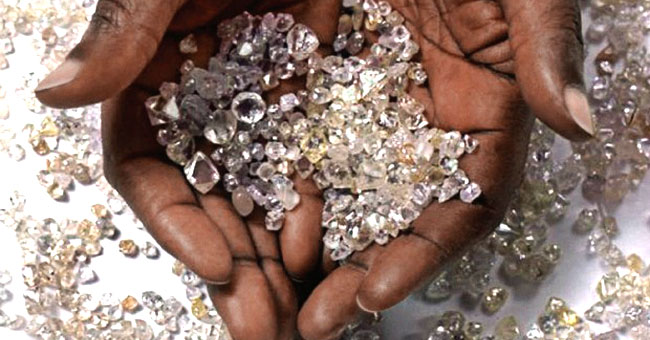 If crime crosses borders so must journalism

It is great honour for me to stand before a gathering of amazing men and women so dedicated to fighting transnational organized crime and corruption. I would like to thank ENACT, and its implementing partners, Institute for Security Studies, Interpol and the Global Initiative Against Transnational Organised Crime for the opportunity to address this dinner tonight.

Perhaps let me start by saying I am citizen of Botswana – a diamond rich country that is often praised for its handling of its economy, prudent management of its natural resources and off course good governance. ‘The African tiger’, ‘The shining example of democracy in Africa’ – All these are some of the beautiful phrases that are often used to describe my mother land. Indeed my country has made some major achievements since it gained independence from the British more than 50 years ago. Indeed my country is doing better than most countries in the African continent.

But the question is, is my country still the shinning example of democracy? If you scratch the surface, things are less shinny. I know this to be true because I am a journalist as much as I am a citizen of Botswana. Let me pause and reflect, I woke up two days ago as usual in the capital city Gaborone, to the daunting realisation that I have been trying to avoid for so long; things are not as shinny as they used to be. A lot has changed and is changing. The rich and powerful are becoming more and more arrogant, public and private sector corruption is getting worse; there is systematic looting of state resources by those in power; all facets of the rise of organized crime. Unemployment has skyrocketed, thousands still live below the poverty datum line, and there are sharp social inequalities, the education and health sectors are doing badly for lack of funds and yet military spending with no oversight is increasing. In the melee, our country is stumbling backwards into a chasm from which recovery will be arduous.

At the centre of this quagmire, our organization INK Centre for Investigative Journalism and the media generally, is seeking to move mountains. We are doing this with limited resources and against government pushback, we do it with an abundance of passion and vigor. INK continues to strive to expose corruption in the not so friendly environment where the craft of journalism is almost outlawed. Lack of media friendly and transparency legislations hinders investigative journalism.

Lack of laws such as access to information, and whistle-blowers laws are making it difficult for journalists to effectively hold power to account. Access to information legislation has been repeatedly rejected by the ruling party, as has been legislation calling for politicians to disclose assets and liabilities. This is the environment we work under, but it doesn’t end there.

Quite recently my two colleagues and I were detained by heavily presidential guards for attempting to gain access to our President’s private holiday compound that we strongly believe was or is being constructed by members of the Botswana Defence Force using state resources.

This happened over five kilometres away from the president’s compound, a place that has not been designated as a protected place by legislation; a place that government says will be open to public use. Such a simple investigation that called for transparency, earned us death threats and detainment. This is the situation we are faced with in a country believed to be the ‘shining example of democracy’.

Our efforts to expose criminal and corrupt activities are often hampered in this unfavorable environment – an environment where intimidation is the order of the day. Where the sitting president has unashamedly declared journalists critical to his regime unpatriotic, delinquent and bent on undermining the constitution.

Be that as it may we are not sitting on our laurels; and certainly we are not mere spectators but active participants. We continue to seek for ways to scrutinize power and actions taken by those in power. We continue to find other enterprising ways of mining information, and of giving unprotected whistle-blowers whatever protection we can, as no legislation exists to protect our sources.

Central to what we do is collaborative journalism or transnational journalism as it is referred to in some quarters– We are in agreement with those who say that the future of journalism is contained in three simple words: “Collaboration, Collaboration, Collaboration”. We strongly believe ‘collaborative journalism’ is one of the most effective ways for journalists to follow the money, and take down criminal elements around the world. We agree with the statement by Kofi Anan the former UN secretary general that “if crime crosses borders, so must law enforcement” but we must also add a caveat, that, “If crime crosses borders so must journalism”.

In keeping with this approach we have collaborated with organizations such as Amabhungane Centre for Investigative Journalism on stories that were eventually published in South Africa. I am happy that back in 2011, I was Amabhungane’s first Southern Africa investigative journalism intern, and my relationship with Amabhungane has endured ever since.

We have also collaborated and published stories in countries such as Namibia, Zimbabwe and Malawi. Most importantly we also worked with International Consortium of Investigative Journalists (ICIJ) on the Panama Papers, and we published stories that clearly show that the rich and powerful hide their money in offshore accounts far away from scrutiny of journalists, law enforcement agencies and the ever unpopular taxman.

I must acknowledge that even though we reported in the area of transnational crime and corruption not much has been done to further report on this area. Transnational crime, takes many forms, to mention a few; the drug trade, human trafficking, diamond trade, money laundering, and increasingly the scourge of the arms trade is reappearing, and ever present is the web that hides all these illicit funds, tax havens; the secret jurisdictions. The lack of transparency on arms purchases, under the pretext of national security lends this trade to shocking abuses of power and corruption but they are only able to succeed if they have a place to filter their ill-gotten gains.

For a country like Botswana, with its history of good governance, the international community pays little attention to an exposé on arms deals, diamond trafficking and illicit money transfers. This is so due to a variety of reasons; chief to these reasons is that, there is clear lack of understanding of what constitutes transnational organized Crime by journalists and law enforcement agencies –training, capacity building and collaboration between professions, such as accountants and lawyers is urgently required to strengthen our understanding on how money is moved and deals are made as between government to government, and how the “legal” kickbacks in commission are involved.

Furthermore there is a critical need for law enforcement agencies to stop perceiving the media as adversaries but rather to view us as collaborators. There is a need for close cooperation between journalists, law enforcement officers, researchers and non-profit making organizations with interest in the prevention of transnational organized crime to work together to expose corruption and uphold democratic values of accountability and transparency.

It is the obligation of all the governmental, civil and non-political bodies that are genuinely interested in exposing corruption to ensure that legislation is put in place that assists the proverbial 4th Estate. Journalists in the world of today are increasingly viewed with mistrust, but a government agency or international body that calls for legislation on Access to information will prevail where journalist may flounder. Without the joint effort, without the joint cooperation, without the mutual respect among ourselves; transnational crime can only benefit.

One of the foremost investigative journalists Paul Radu often says that, “in order to fight a network, you need to create a network.” African journalists need a more sophisticated and collaborative network to fight transnational organized crime, it must not only be home grown within the continent, but extend internationally to fight the scourge world over.