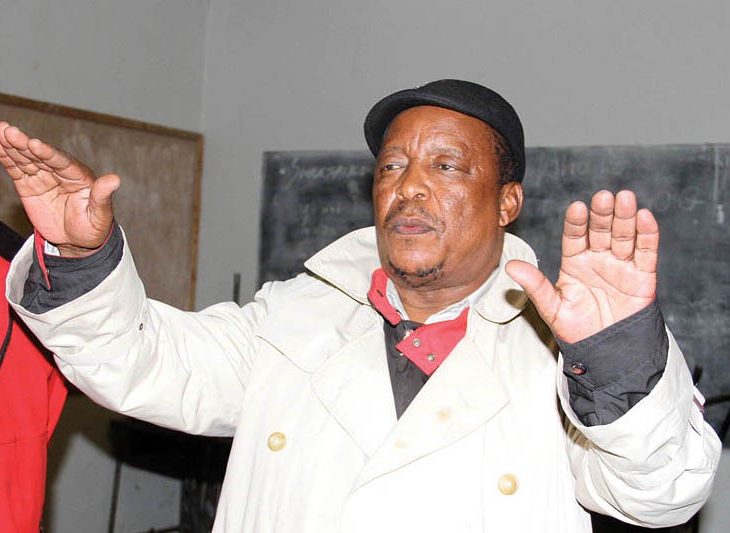 On more than five occasions, senior cabinet minister Eric Molale received a generous helping hand from Citizen Entrepreneurial Development Agency despite evidence that he is a regular defaulter.

Citizen Entrepreneurial Development Agency (CEDA) has ignored signs that Minister of Presidential Affairs, Eric Molale farming projects in Ghanzi and Borolong are not profitable yet continues to fund him despite his delinquent loans.

The decision to re-finance Molale crystalizes publicly held view that politicians are treating CEDA as a bottomless well of cash.

Documents seen by INK Centre for Investigative Journalism show that CEDA approved a P600 000 loan in favour of Molale for his commercial dry land farming at Mosi in Borolong despite telltale signs that the project was not profitable and that the former Permanent Secretary to the President has a poor payment record.

The minister has five loans with CEDA worth around P4 million. At least two, rain fed projects, that fall under the Agricultural Credit Guarantee Scheme have been “settled” after government declared drought in the past farming season.

A classified “Loan appraisal report” in INK possession show that the minister obtained the sixth loan worth P600 000 in December last year despite having an unpaid loan balance exceeding P500 000 on other two loans in Ghanzi. CEDA Guidelines prescribe that only existing clients with a satisfactory account conduct should be considered for assistance.

The report shows that Molale obtained two loans; for the acquisition of a ranch in Ghanzi worth P1.2 million in 2012 as well as P500 000 for the purchase of livestock for the same ranch using a company called Affluence. The former PSP also has three loans with CEDA at Mosi farm, under his name, brining the loans to five. Of the three under his name, the first was for the acquisition of Mosi farm; a 470 ha farm worth a little over P1 million. The two other loans were classified as working capital for the commercial dry land farming project worth P533 000 and P686 000 respectively, according to the report.

Documents show that Molale has been defaulting on his Ghanzi ranch project as well as struggling to meet business expenses at Mosi.

Take for example in the 2015/16 farming season, the minister with three workers raised P663 000 from the harvest under the commercial dry land farming project in Borolong. The report shows that CEDA was concerned that it was continuing to finance a project that does not show signs of meeting its full potential. “… The money [raised from Mosi farm] was not enough to meet all the business expenses and also complete the next harvest, hence the current loan request,” said the report. Molale employs three workers in his 470 ha farm. He is expected to make once off payment of P645 000 on the 31st October this year for the dry land farming loan he acquired in December 2016.

He ignored calls and SMS despite repeated requests for a response. The agency admits in the report that Molale has only partially met the refinancing requirements, but disregards this requirement, with CEO, Thabo Thamane saying defaulters too deserve to be given a second chance. To drive his point, he then gives an analogy of how the British billionaire, Richard Branson recovered from being a defaulter to make it to the top of worlds’ rich list.

“He was a bad payer (sic) in the past, but look at him now,” he said in reference to Branson.

Thamane explained that in some cases CEDA uses its discretion to fund defaulters.

“We look at the risk from the individual and business perspective,” he said and declined to divulge the number of ministers and politicians who have been funded by CEDA.

“CEDA… observes a Code of Conduct and duty of confidentiality with dealings it has with its customers,” he said.

The minister managed to settle two loans under the Agricultural Credit Guarantee Scheme, which is meant to assist dry land crop farmers with a crop protection cover. For farmers to be covered, drought, floods, frost and hailstorm should be declared by the President. In order to qualify, Molale had to pay 15 percent of the P533 000 and P686 000 respectively for his two dry land farming projects that were under the scheme. CEDA said upon declaration of such natural occurrence, the agency submits a claim to government to recoup the installment of the year.