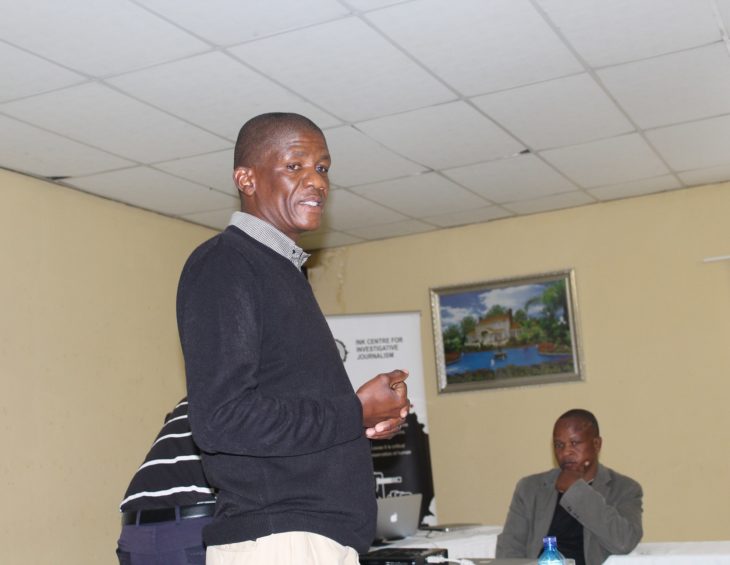 The media should abide by ethics and remain accountable to the public in the face of changing media landscape, top veteran journalists said last week.

Addressing journalists in Maun, two former editors, Mike Mothibi and Abraham Motsokono said journalists need to be trained on regular basis if they are to safeguard the integrity of their profession.
Mothibi and Motsokono were conducting a two-day narrative journalism workshop, which aimed at imparting the journalists from Maun and Francistown with the basic skills in narrative and ethical reporting.
Mothibi, who is former Managing Editor of CBET, the publishers of Botswana Guardian and The Midweek Sun urged journalists to present their stories using reporting techniques that draw reader’s attention. He said an average reader is generally busy and may not be attracted to stories that are presented in conventional way but will take interest if a story is presented using techniques that draw attention and entertain him. He is this is the role of narrative reporting.
“Find the hotspot in the story,” Mothibi said, adding that shorter sentences improve clarity in reporting.
Mothibi who has been a journalists since 1993 said it is vital for journalists to know their role, saying this will help them to convey the information in an accurate and balanced manner.
“It is vital to plan your stories. A good story is normally the one that has a blueprint,” he said.
It is important for journalists to also know and understand their audience, he said, adding that facts that may be of interest to one community may not necessarily be of similar important to other readers in other areas.

About 20 journalists from all media houses attended the workshop, which was organized by INK Center for Investigative Journalism.