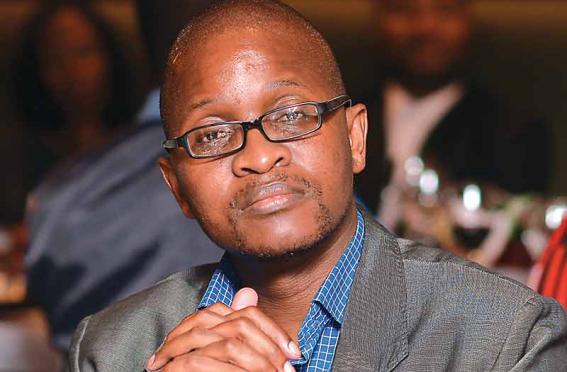 A trial of documentary evidence has blown off the lid how cash strapped Citizen Entrepreneurial Development Agency (CEDA) has managed to acquire a P10 million dilapidated house to be used by its CEO after rejecting a cheaper one.

The documents, obtained by INK Centre for Investigative Journalism and Botswana Gazette, also reveal how CEDA spent an additional P2.6 million on refurbishing the four bed-roomed house in Extension 11 and acquired curtains worth P100 000 at the expense of some of its satellite offices that do not have adequate resources.

The agency has astonishingly failed to disburse loans in October and November last year despite approving over 500 projects worth over P200 million, according to two sources who preferred to remain anonymous for fear of victimisation.

The documents lay bare for the first time evidence that supports critic’s claim that CEDA, which is in financial ruin, has no regard for extraordinary extravagance.

CEDA recently paid P7.2 million on the luxurious property in Extension 11 in Gaborone central measuring 3724 square metres to be used by Thabo Thamane and spent an additional P2.65 million that has not been budgeted for on refurbishments. CEDA explained in a statement that P8 million has been approved by the board in the 2016/17 financial year for an “official residence” to be used by its CEO after the decision was deferred in 2011 due to “depressed economy.”

The house – belonging to Botswana Development Corporation – was put on sale in 2016 by politically connected estate agent, Olebeng Ngwakwena of Belshane Property Group. Ngwakwena has previous links with CEDA.

The intriguing sale of the executive house near the US Embassy official residence was reserved by Belshane Property at P8.5 million. As the highest bidder, CEDA acquired it for P7.2 million. Real estate developers, Willy Kathiruma told CEDA in a document seen by Botswana Gazette and INK Centre that the house could sell in the open market at P6.5 million with a forced sale value of P5.2 million.

According to a report titled ‘Additional Refurbishment Works for the CEDA corporate House’ the house that CEDA previously said is habitable required an additional P2.65 million to refurbish. The report prepared by CEDA Chief Financial Officer Tiny Ralefala to the Board’s tender committee on the 7th March 2017 gives a grim picture of the house:

Documents show that CEDA went to the market in search for an alternative executive house after management rejected an up market house in Block 3 that the CEO is currently residing in at a cumulative rental cost of P1.7 million. The agency entered into a five-year agreement with property development company, Progress Point Investments for the property in February 2015.

The house belongs to a Gaborone businessman who through his company, had offered to sell it at a give away price of P4.8 million. CEDA, which admitted that it faces collections challenges, however preferred to pay P4 million for the house at the time. It is not clear why the deal between CEDA and Progress Point Investments collapsed because CEDA Board had “approved P5 million to purchase an official residence” for use by CEO in 2011, according to spokesperson, Anno Tshipa.

Tshipa did not disclose reasons for rejecting a much cheaper designer flat worth fraction of the price they spent on Extension II. While INK Centre and Botswana Gazette could not find evidence that CEDA manipulated the tender process, what is clear is that Kebo Holdings received over P1.2 million out of the P2.65 million set aside for refurbishment, mostly awarded through direct appointment by CEDA. There is, for instance, unexplained funds exceeding P676 000 paid to company.

Documents also show that the agency appears not to have regard for cost saving. At first, management had had recommended that costs of refurbishment should not exceed P900 000. However, within a short period of time costs had reached P1.8 million as a result of re-construction of servants squatter and boundary wall, electrical, new curtains and fitting. New evidence shows that costs have now escalated to almost P2.7 million. Tshipa ignored questions asked separately by both Botswana Gazette and INK Centre why CEDA opted for an expensive property in Gaborone central at the expense of a much cheaper house.

The relationship between Ngwakwena and CEDA has given rise to much controversy. Surprisingly, his company, Belshane was paid P640 000 by CEDA for auctioning BDC property. A real estate agent INK Centre interviewed said anonymously that it might have been irregular for CEDA to pay Belshane. For 10 years he was a trustee for Citizen Entrepreneurial Mortgage Assistance Equity Mortgage Assistance Equity Fund (CEMAEF).

Another source familiar with the transaction said anonymously that CEDA diverted funds from core mandate to fund luxurious projects.

“We were supposed to buy two cars for our satellite offices in Hukuntshi and Kasane,” a source holding a senior position explained. “We used the P900 000 to refurbish Thamane’s house.”

CEDA denied the accusation and said its fleet is in mint condition. “There is no need to procure additional vehicles,” explained Tshipa.

INK Centre for Investigative Journalism collaborated with Botswana Gazette in producing this story. Go to our website: www.inkjournalism.org to see more of our stories.