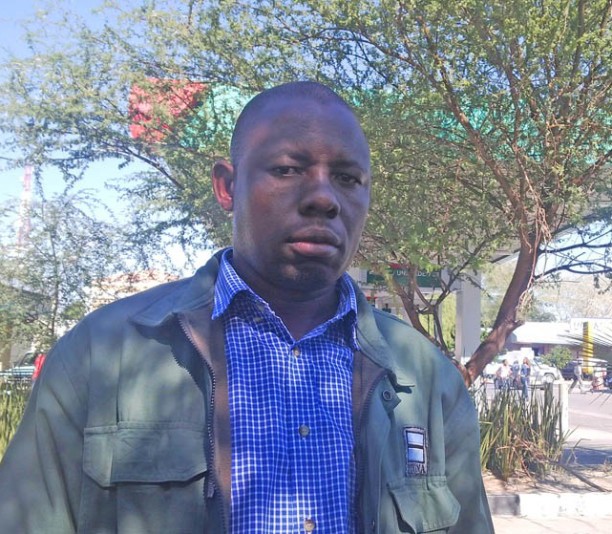 The painful plight of a landless farmer

The announcement by Australian mining company Discovery Metals Limited (DML) a few years ago that it would mine copper in the North West District has brought more harm than good for cattle farmers. NTIBINYANE NTIBINYANE reports

It has now become a ritual for Iue Tjitemisa, 42, to wake up every morning and look towards this abandoned mining structure in the distance and curse. He will curse until he has had enough for the day. There is now complete silence where, just a few months back, it used to be a beehive of activities at those structures that made up Boseto Mine.

The mine was supposed to be a blessing, not a nightmare that it turned into, for Tjitemisa and his fellow Toteng villagers, but instead of crumbling following his massive land loss, Tjitemisa has defiantly decided to curse those structures; feeling indescribable anger welling up to dangerous levels.

Tjitemisa, a resident of Toteng lost part of the farm he acquired for a whooping P1,7million (US$170,000) in 2002 to the copper mine, which after promising to rescue residents of Botlhatlogo, Sehithwa and Toteng from their hunger and poverty, started playing hide and seek. It came to a point where the mine abruptly closed leaving both the residents of the villages, which are in Ngamiland District, and its workers in a lurch.

Most of the residents of Toteng belong to the Ova-Herero tribe. The Ova-Herero, originate from Namibia. The tribe, which is predominately found in the North West District (Ngamiland), is passionate about cattle farming. In the absence of decent employment in the district, cattle rearing are everything to the tribe.

Farmers sell their cattle to the government company, Botswana Meat Commission and local butcheries for survival.
When Tjitemisa, a member of the Herero tribe, first heard of plans to operate a copper mine next to his village, he never imagined it would bring him more harm than good. That is what makes him angrier.

A cattle farmer, Tjitemisa bought his farm in 2002 in an area called Hainaveldt on the outskirts of Toteng village unaware that the farm was sitting on a multi-billion Pula copper belt. In fact, Tjitemisa, a widower and a single father of five, says that when he bought the 350 hectare farm from a local farmer, all he wanted to do was to make sure that he had enough grazing land for his livestock and a place of residence for his large family.

In the late 1990s and 2000s diseases such as Cattle Lung and Foot and Mouth hit the area hard. This led to the mass culling of the affected cattle by the government. While this greatly affected the communities, the passion and their prized land remained. It’s no surprise that after the mass slaughtering of the cattle, Tjitemisa and many like him immediately began to reorganise themselves and bought more cattle. “It was a matter of survival. To us it’s more than just passion it’s all about survival. It’s cattle farming or death,” said Tjitemisa.

According to Tjitemisa, the discovery of copper in the area was welcomed with mixed feelings. For farmers like him, the thought of giving way land for the development of the mine gave him a headache.
Following the announcement by the Australian mining company Discovery Metals Limited (DML) that they would mine copper in the area, Tjitemisa and other farmers were forced to give away their land for a few Pulas. This land meant so many things to them. “Where will our livestock graze if we are to hand our farms to DML? Are we going to be compensated well? These are some of the questions that came to our minds,” he said.

Tjitemisa made a sensational claim about how DML acquired their farms. He said before negotiations began between the mine and the farmers, and before the compensation assessment processes were started, the company was already clearing the farms to make way for the mine. At least two other farmers have confirmed this claim.

Tjitemisa said, “Sometime in 2010, they (DML officers) came unannounced and started clearing the farms. They told us that the Land Board authority and the government had instructed them to take over the farms before the proper [compensation] assessment was concluded.“We could have stopped them, but we didn’t because we felt that eventually we were going to be paid what was due to us.”

According to documents passed to Mmegi newspaper the assessment of the affected farms was conducted from 13 to 18 December 2010. The assessment committee was made up of seven government officials and two representatives of Discovery Metals. Five farmers were affected.

In the rural Botswana a single farm can accommodate several families. Tjitemisa says that on his farm he had accommodated more than 25 relatives. It is not clear how many people were affected by the resettlement. The village leadership estimates the number to be more than 100.

The last time he engaged an independent estate valuer to establish the value of the farm was 2005 and the farm’s value, he revealed, was P3.5million. He produced the valuation report to support his claim.
“If things were done properly I should have been paid more than P1million pula for the part that was repossessed by the mine not the P58,401.48 they offered me. That’s an insult,” he said angrily.
Tjitemisa said that initially he appealed to Tawana Land Board and DML but no one listened to his complaint. His main gripe is that the whole process was shrouded in secrecy. “To this day we don’t know how they arrived at the P450 per hectare figure,” he alleged. He said they insisted that the compensation was in order. Tjitemisa never challenged the compensation amount in court.

“I thought of approaching courts of law for redress, but I didn’t. You see I am not a sophisticated man and the processes of going to court did not appeal to me. Going to court means that I was going to use my resources to fight the company and the state. I wasn’t prepared for that. Besides the whole process is time consuming, my family would have suffered financially if I had engaged in legal processes,” he said.
Not far from his farm, Tjitemisa jointly owned another farm with a friend, Nchidzi Bethia. The 3,477.55 hectare farm was wholly acquired by DML in 2011 and the two men received P2,583,858 million (US$250,000) as compensation according to documents seen by Mmegi. While he refused compensation at his farm, Tjitemisa agreed to be compensated for the farm, which he co-owned with the friend. The farm was fully developed.

According to Tjitemisa the compensation amount was so little they failed to use the money to buy farms elsewhere.
“Farms are expensive in the country. The cheapest ones are around P3 000,000 (US$300,000). With the little we got we couldn’t even buy the cheapest of the farms. We used the money for other things instead,” he said.
In the meantime the land that was taken away from him by DML remains underutilised following the closure of the mine early this year. “What used to be mine is no longer mine. That’s the reality of life and I have to live with that,” he said.

Tjitemisa is not alone. According to the 2010/2011 government land compensation guidelines for ploughing fields, an underdeveloped field should be compensated at P3,000 per hectare ($300), partly developed at P4,870 per hectare, fully developed at P8,000 per hectare. Tjitemisa and other Hainaveldt farmers are not happy that the same was not applied to owners of other ranches and farms in the area.

The government of Botswana through the ministry of Lands and Housing and Tawana Land Board had initially promised to respond to claims raised by the affected farmers but has since failed to do so. Questions were sent to the ministry spokesperson Mompati Simon Malete on June 23, 2015 but to this date he has not responded to the questions despite numerous phone calls and emails.

Salome Garebagae spokesperson of Tawana Land Board has also failed to give a response after questions were sent to her on June 19, 2015. Botswana does not have access to information laws and the government officials are not forced by any legislation to release information to the journalists.
According to Stephan Dopking of FTI Consulting since the company (FTI Consulting) had no role in the operations of the company prior to its appointment as administrator on February 27th it is unable to answer questions about DML’s previous operations.