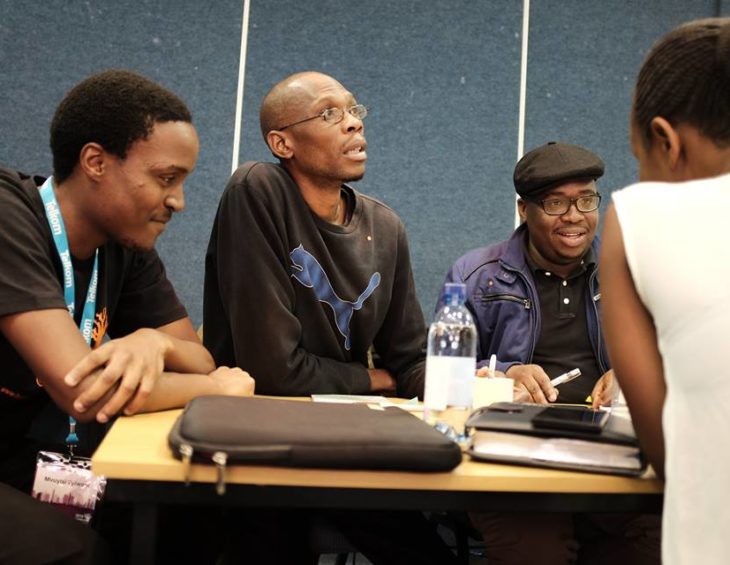 The trio; Ntibinyane Ntibinyane, Joel Konopo and Kaombona Kanani had travelled to the area to investigate unexplained developments at President Ian Khama’s holiday home near Mosu village. The members of the Botswana Defence Force and other government agencies are allegedly constructing a multi-million Pula compound for President Ian Khama at tax payer’s expense. The alleged construction has been concealed from the public.

While the three were driving on a dirt road and clearly several kilometers far from the compound, a group of plain-clothed men appeared from the bush and flagged their car and hastily ordered them out.

The seven plain-clothed agents identified themselves only as ‘police officers’ but declined to produce their ID’s to corroborate the claim. Some of the agents covered their faces with balaclava. They also concealed the number plates of their vehicles so that the journalists could not identify them. However, the journalists had already noted at least two number plates from the silver SUVs.

As the hour-long interrogation continued, one agent who appeared to be the head of the team left the scene to make a phone call. Upon his return, he ordered the journalists to drive back and warned them that in future they will be shot on sight if they drove on the same dirt road again. “Never again set foot in this area. If you do, you will be shot and killed.” He repeated this statement at least three times. He confiscated the trio’s mobile phones and camera and escorted them back to a nearby village of Mosu.

The journalists reported the matter at a nearby Police Station in Letlhakane and have since opened a file of threat to kill against the unidentified agents.

The detention is part of a growing pattern of official harassment of the private media in Botswana. It comes a year after Directorate of Intelligence and Security Services arrested a freelance journalist for obtaining documents allegedly containing “state secrets”. In 2014, Sunday Standard editor, Outsa Mokone was held for several hours under sedition charges, causing veteran journalist at the same paper, Edgar Tsimane to
Flee to South Africa, saying he feared for his life.