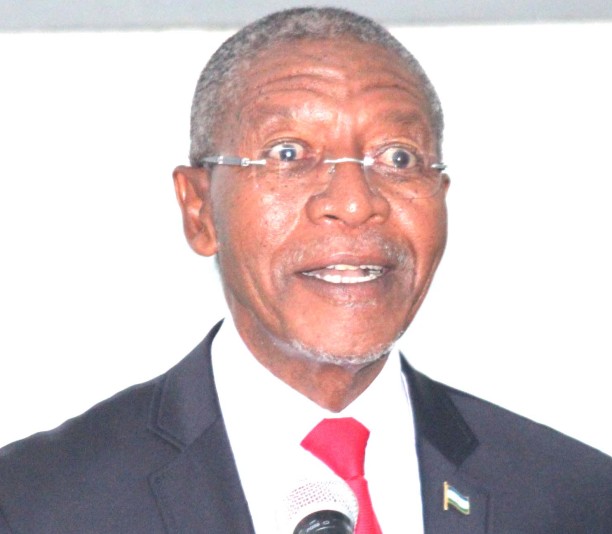 Inside Lesotho dirty battles with SADC

Heated correspondence shows the scale at which Lesotho and Southern African Development Committee (SADC) are determined to fight over the assassination of a Lesotho army general, JOEL KONOPO.

Explosive emails between Sadc secretariat and Lesotho government reveal the depth of an ugly battle for influence of the outcome of an investigation into the killing of a military general in the country’s army.Sadc is yet to make public a report into the death of Brigadier Maaparankoe Mahao that has sparked tension between Lesotho Prime Minister, Phakalitha Mosisili and Sadc executive director, Dr. Stergomena Lawrence Tax.

INK Centre for Investigative Journalism has had sight of fiery e-mail communications between Dr. Tax and Mosisili trading fierce accusations ranging from a lack of cooperation on the part of Lesotho, to poor governance on the part of Sadc leadership, to rudeness allegedly displayed by Dr. Tax and plain backstabbing by Sadc.

Email correspondence shows Mosisili’s attempted to pressurise Sadc Commission headed by Botswana judge, Mphaphi Phumaphi to put on hold its investigations until a court case involving an army officer, Lt Colonel Tefo Mashatsi who is linked to the killing of Mahao is concluded. But Sadc did not budge. An increasingly frustrated Mosisili said it is a disturbing omen that Sadc accepted Phumaphi Commission while his country had concerns about the Commission. The military and courts are in cahoots with Mosisili and his party, Lesotho Congress Party.

The ageing leader threatened in an email dated December 7, 2015 that he will not receive the report if Sadc continues to work in bad faith by “mounting a parallel” investigation with the High Court of Lesotho.
“Surely the Commission cannot and must not be allowed to flout with impunity a court process in which they are litigants,” Mosisili wrote earlier in a letter dated November 19, 2015. However Sadc triumphed over the mountain Kingdom when Khama pressurised Mosisili to accept the report.

By the tone of his letters Mosisili appears to have been let down by Sadc secretariat under Dr. Tax leadership. When the Tanzanian born executive director wrote a strong-worded letter to Lesotho foreign minister reminding the country about the need to cooperate with the Commission, Mosisili took the matter into his own hands.
“I am taking time to respond to your concerns, my self,” he told Dr. Tax in an email dated October 21, 2015, adding, “You will recall that it is my request that Sadc facilitated the formation of this Commission.”

He said in another email that Sadc harbours a conspiracy to sideline the troubled mountain kingdom. He noted angrily in a letter dated December 7, 2015 a “developing pattern” in which his ministers are not invited to Sadc Summit that discuss Lesotho.He also gets to be invited to meetings without proper information on the agenda and venue, he says and chasticises Dr. Tax for being “discourteous” towards him particularly during one Johannesburg meeting in June 2015. He told her that he was watching her. “I take exception to that,” he warned.

Another issue that escalated tension was Phumaphi apparent decision to temporarily relocate the Commission from Maseru to Bloemfontein in September last year where it interviewed some of witnesses who sought asylum in South Africa. Writing to Phumaphi, an infuriated deputy prime minister, Mothejoa Metsing said Phumaphi is diverting from the terms of reference of the Commission and is giving away his immunity. Sadc lawyers purred this version saying the secretariat enjoys impunity in the entire region.

While it is clear that Lt. Colonel Mashatsi was challenging the Commission’s mandate in his private capacity, he appears to enjoy a lot of support from Mosisili, who, under the guise of protecting the rule of law argues that the Phumaphi Commission is being allowed by Sadc to flout, with impunity a court process in which there are litigants.
“Convening a Troika specifically to receive the report of the said Commission at this particular juncture tends to have the undesirable effect of undermining good governance,” said Mosisili.

More-often-than-not, Dr. Tax ignored Mosisili’s explosive letters and invited him to Sadc Troika meetings, attracting a flurry of criticism from Mosisili.
“It is not right for Sadc to ignore a case that is in the courts of law and to proceed to mount its own parallel processes that effectively flout and undermine that legal court process,” the Prime Minister wrote on December 2 last year.

He insisted that he feels strong about the importance of postponing both the Extraordinary Troika Summit in Maputo and the Double Troika Summit held last month in Gaborone. His wishes were never granted, an indication that, perhaps finally, Sadc no longer tolerate rogue states.

INK Centre for Investigative Journalism, a non-profit newsroom to develop investigative journalism in the public interest, produced this story and is funded by Open Society Initiative for Southern Africa. Views expressed in this story are theirs.