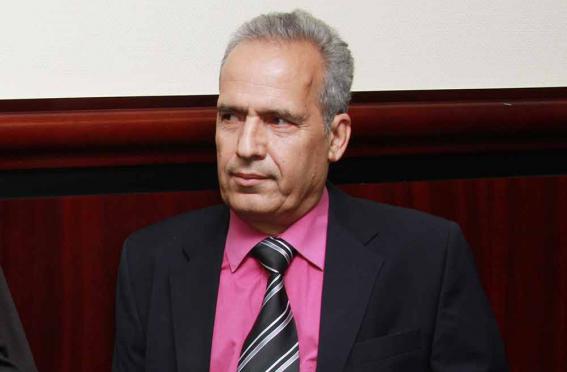 Inside how Jamali captured Mmegi

Controversial property mogul Seyed Jamali through his company Universal House has moved to consolidate his firm grip on Mmegi Investments Holding, one of the oldest and largest media organisations in the country, Sunday Standard has established.

The systematic takeover of the Mmegi group by Jamali took a new twist recently when he acquired 28% stake in the company making him the single largest shareholder in the company. MIH is the publisher of newspapers, Mmegi, Botswana Guardian, The Midweek Sun and Monitor. Further the company has interest in distribution company BONESA and radio station Gabz FM.

Sources say Jamali’s interest in Mmegi started in 2013, when he allegedly loaned Methaetsile Leepile and Titus Mbuya P5.4 million to buy 30% stake in the company. The 2013 purchase, which was unsuccessfully contested by minority shareholders, gave Leepile and Mbuya 51% controlling stake. The two men’s stake has since increased to 82% in the last three years according to documents seen by Sunday Standard.

The involvement of Jamali in the whole scheme of things is viewed by many people in the media industry as an attempt by the property giant – who also has close ties with the ruling elites – to take over Mmegi by using Leepile and Mbuya as his proxies. The two men vehemently have denied this claim.

The denial however betrays the fact that since his loan to the two men, his footprints at Mmegi headquarters have been easily traceable. Few weeks after the two men purchased the shares in 2013, Jamali’s right hand man Eugene Mokomeza was roped into the board and took over all the group’s financial operations. He is currently both the board member and the group’s financial director. In 2014 immediately after joining the Mmegi board, Mokomeza who is a Rwandan national drove a cost cutting exercise that led to the retrenchment of around 60 staff members at Mmegi and Botswana Guardian newspapers.

Two weeks ago, Mmegi group put up a statement to the effect that Leepile and Mbuya offloaded 30% of their shareholding few weeks ago as a way of raising capital for the struggling organisation. The company allegedly raised P25 million which is to be be invested in the printing press. Those closer to the deal say Leepile and Mbuya, first offered the shares to the existing shareholders who did not show interest. As there were no takers, the shares were offered to the public.

According to the statement, three Botswana companies applied to purchase the shares but Universal House (Pty) Limited bought the shares. The other two companies have not been named. The company has also refused to divulge the names of the two companies that competed with Jamali’s company for the stake in the company.

Investigations by Sunday Standard show that Universal House is jointly owned by Jamali and his brother Mehdi Jamali. Documents from the registrar of companies also show that the company was previously owned by Itseng and Opelo Kwelagobe, but resigned from the company on the October 23, 2016, the same day the Jamali brothers took over the company. Opelo and Itseng Kwelagone’s father Daniel Kwelagobe is Jamali’s business partner and has shares in Duma FM, a local radio station.

The implication of Jamali’s 28% shares now means that the structure of the Mmegi group board will change. In addition to Mokomeza, Jamali would have an additional person to the seven-person board. With Leepile and Mbuya rumored to owe Jamali millions of Pula, Jamali now remains the most powerful figure at Mmegi group.

The Iranian born businessman is so powerful that his presence and influence is already felt not only in the boardrooms but also by senior MIH employees. His influence in the company played itself out few weeks before the share acquisition was announced when he allegedly reprimanded one of the senior editorial executive within the group.

Recently the editor of Botswana Guardian Justice Kavahematui was allegedly summoned to Jamali’s office where he was threatened with suspension after the paper carried a critical story about one of Jamali’s building at Central Business District in Gaborone. At the meting, which was allegedly attended by Jamali’s top men, including Mokomeza, Jamali is alleged to have threatened to suspend Justice Kavahematui for writing about his business. Kavahematui this week confirmed meeting Jamal and other members of his (Jamal) team but refused to comment about the details of the meeting.

According to sources within the group the morale is so low that some senior employees are contemplating leaving the stable. Beatrice Mbulawa a general manager at CBET (PTY) Ltd (publishers of Botswana Guardian and The Midweek Sun) is leaving the company next week after showing no intention to re-new her contract with CBET. Mbulawa told this publication that she was not aware that at one point Botswana Guardian Editor was summoned to Jamali’s office. She also did not want to talk about her departure. “I will let you know when time is right,” she said.

When asked to respond, Mbuya who has been Mmegi group’s Managing director for more than 20 years lost his cool and launched an attack on Sunday Standard credibility. “The only reason why I answered the questions is because I wanted to deny you the joy of making a disclaimer to the effect that I declined to comment, which is your paper’s standard facade for gutter reporting,” Mbuya said in an email to Sundays Standard after initially questioning the paper’s line of questioning.

Mbuya however defended Jamali’s interests with gusto adding that there is nothing wrong with the businessman buying the shares. He also disputed suggestions that the share purchase by Jamali is some form of “media capture” by the wealthy persons with close ties with the ruling elites. “Owners of the media are businessmen and women and, hence, it is disingenuous to suggest that the media has been captured by the business community. Your owners are businessmen. Does that mean that the Sunday Standard has been captured by the business community? I do not think so.”
Mbuya further went off tangent and further questioned this newspaper’s suggestion that Jamali may have captured the organization, “The Sunday Standard’s obsession with the concept of state capture betrays the paper’s persistent obsequious manner in which you mimic what obtains in the South African press. It is this copycat mentality that makes you try so hard to transplant what is genuinely a real threat to the state in South Africa to our local environment.”
On specific questions about the sale, Mbuya revealed that while Jamali bought 28% of the shares, another shareholder bought shares less than 2%. While Mbuya did not name the shareholder, sources say the shareholder is Mmegi’s long time shareholder Lebang Mpotokwane. He also confirmed that indeed Jamali owns Universal House. Despite admitting that he has healthy relationship with Jamali and his family, Mbuya denied that he has received any form of assistance in 2013 to buy Mmegi shares.