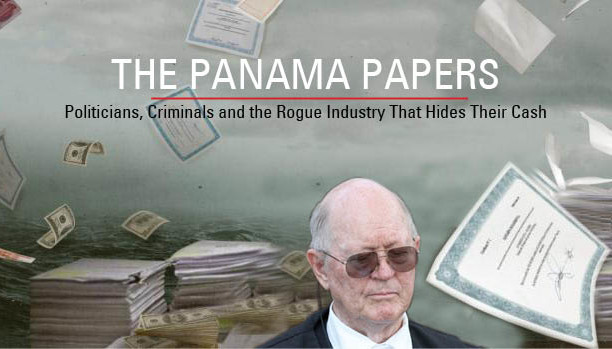 BREACH OF THE JUDICIAL INTEGRITY

Can a Judicial Officer use a tax haven?

The public and authorities have no way of ascertaining potential conflict of interests or other external influences that may be exerted on a Judge when the Judge invests in offshore tax havens; “the secret jurisdictions”. The public confidence in the independence of the judiciary, a key factor in any democratic state is undermined as a result of the personal business conduct of a judge who uses a tax haven as a vehicle for investment.

The use of offshore tax havens are attractive to many businesses and individuals for what businesses argue are legitimate purposes such as easing restrictions on financial flows or maximising efficiency in business. Against these claims of enhancing shareholder value are placed more lethal ones: increasingly, jurisdictions known as tax havens have come under as legal tax shelters and to enable ease in international trade. However offshore tax havens have come under increasing scrutiny by both the international media and various government security agencies, exacerbated following the worldwide since the September 11 2001 terrorist attacks on the World Trade Centre. The public scrutiny and international security threat posed by the use of tax havens arises not simply from corporate tax avoiders or secrecy facilitating illicit activities between companies and those holding political office, but also those who seek to use the secrecy structures to finance and realise other criminal and terrorist activities. what they offer their investors; low taxes, but rather because of the methods under which such havens operate.

Tax havens are internationally recognised as “secrecy “Secret jJurisdictions”. The term originates from specific jurisdictions ringfencing specific tax havens having complex legal systems that protect foreign parties from disclosure of information in place that make it illegal to disclose investor information on a national level or where such protection is not offered by national laws,. that they do not have legislation that would compel banks and financial institutions to disclose investor information. These financial institutions, are permitted by law to accept money from anyone, from anywhere in the world without notifying the institutions and appropriate authorities of the country from where the money originates. It is this lack of transparency that makes them attractive to those that use them.

Botswana’s Judicial Code of Conduct’s opening Statement provides that “Judicial Officers must conduct themselves with integrity so as to sustain and enhance public confidence in the judiciary” and that “A Judicial Officer must ensure that his/her conduct is above reproach, in his/her public or private life”.
It is a recognised principle that a judge shall conduct their personal and extrajudicial activities to minimize the risk of conflict with the obligations of judicial office. The personal financial activities of a judge extends to holding and managing investments both for himself/ herself and members of the judge’s family with a limitation that a judge shall not serve as an officer, director, manager, general partner, advisor, or employee of any business entity except one over which he or she has a close relationship over or a personal control over; thus a judge may manage or participate in a business closely held by the judge or members of the judge’s family; or a business entity primarily engaged in investment of the financial resources of the judge or members of the judge’s family. Importantly a judge shall not engage in financial activities if they will interfere with the proper performance of judicial duties; lead to frequent disqualification of the judge; involve the judge in frequent transactions or continuing business relationships with lawyers or other persons likely to come before the court on which the judge serves.

The international standards for conduct of judicial officers provides further that such other activities of a judge that amount to such participation in a business or enterprise that promote ethical conduct among fellow judges and lawyers and the community they serve at large. Such conduct must support professionalism within the judiciary and the legal profession, and promote access to justice for all, as well as to uphold a respect from the rule of law. In conducting their personal business a judge may not abuse the prestige of judicial office to advance their own personal or economic interests or the interests of others. The obligations not to allow others to enjoy the benefit of being associated with them for gain, critically entails that a judge shall not allow others to benefit from the use of their name by an association that would lend the prestige of their office to advance the private interests of others, nor to convey or knowingly permit others to convey the impression that they are in a special position to influence the judge.

The appearance of impropriety is accompanied by an intense level of public scrutiny of a judge in both their personal and professional dealings. Such scrutiny is expected by any judicial officer as being more onerous than that if applied to other citizens. The perception of the public is a vital component in the confidence that the public has in the independence of the judiciary and the faith placed by the public in the holder of high judicial office themselves. The code stipulates that public confidence in the judiciary is eroded by, either in the professional or the personal, conduct of a judge that creates the appearance of impropriety. The test for appearance of impropriety is whether the conduct would create in a reasonable persons mind a perception that the judge engaged in conduct that reflects adversely on the judge’s honesty, impartiality, temperament, or fitness to serve as a judge. Judicial codes of conduct, in Botswana and internationally recognise that because it is not practicable to list all such conduct, the rule is of necessity set out general terms as to what constitutes impropriety.

The use of tax havens and the secret that applies to them, renders any business associations of a judge beyond public scrutiny. The public are unable to access the potential conflicts of interests that may arise, as the judge’s business associates remain unknown. The lack of transparency in the “secret jurisdictions” of tax havens further erode public confidence in the judiciary in that there is no way to ascertain if any external influence has been exerted on the judge through their business dealings.

Whilst Botswana does not have legislation in place to compel judges to disclose their financial interests and business associates to the public, such financial disclosure laws would be useless when evaluating judicial officers that use tax havens as the information pertaining to their investments falls within the “secret jurisdictions” and therefore inaccessible to the public and the authorities.

The test of bias against a judge as has been held in our courts is that it is not whether there was proof of actual bias on the part of the judicial officer but whether on the facts there might appear to be a likelihood of bias.
Quite apart from the moral issues of using a “tax haven” as an investment vehicle, the use of tax havens and the “secret jurisdiction” that they provide, renders the crucial rule of law of impartiality and bias, meaningless.